Tesla: A Master Plan to Admire

Apparently, it’s been more than 10 years since the first time Elon Musk laid a plan for the future of electric cars. But who keeps track of time when you have someone who keeps surprising you every year? Well, he does. Because in 2016, he published the second part of that same plan from 10 years ago – the Master Plan Deux.

The updated plan consists of the new goals the entrepreneur sets for himself and his company but not before he gives account on what has already been accomplished. And we must say you deserve more than a pat on the back, Elon! The first Master Plan consisted of 4 simple steps, which every person familiar with basic rules of economics would understand.

What is Tesla’s Master Plan?

In terms of strategy and approach – not surprising, not unique, not spectacular at all. But yet, revolutionary and very ambitious, close to the boundaries of insane in the eyes of the common people. I like to summarize this approach in four simple words that I consider the “needed basics” of any business: “Invent. Invest. Upgrade. Be good.” But what Elon Musk did without many of us realizing it until recently, is translate a great dream into an achievable plan which he has almost accomplished. And naturally, in the spirit of the achievers who never settle down, he set out a new plan in just the same manner.

How are passenger cars included in the master plan?

One thing in the Master Plan Deux that might have disappointed some Tesla fans is Elon Musk’s confirmation that his focus is not on releasing an even cheaper electric vehicle for now. What may come out as a version of the Model 3, however, is a pickup truck, which could be an exciting alternative to the classy SUV.

The major focus of the company when it comes to electric vehicles is not the design of the new vehicles, but the scale of the already existing ones. With step 3 from the first Master Plan being complete, now the goal is to bring it to the masses. One factor for the fulfillment of this step, according to Musk, is to start using the Tesla factory as a product itself. Tesla Motors’ founder and CEO suggests there will be investments and developments focused on the machinery that allows quicker and cheaper production in the next few years.

How will Tesla deal with trucks and buses?

Tesla will be working towards bringing electric vehicles into the market of heavy-duty trucks and public transport. The company is also working on a heavy duty cargo truck under the name “Tesla Semi,” and a bus. The electric truck will allow “a substantial reduction in the cost of cargo transport while increasing safety and making it really fun to operate.”

Not surprisingly, Tesla already has competition in this field in the face of Nikola Motor. The new entrant to the electric vehicle industry is already preparing an electric truck for the market. We wonder, wouldn’t it be better if the two companies united on this project and delivered a true Nikola Tesla? Just a suggestion.

When it comes to public transport, Tesla wants to introduce an autonomous electric bus, whose purpose will be to improve traffic flow and the density of passengers in the buses. However, so far it hasn’t been realized yet. The idea was to have more seats in the bus to make more room and improve safety, a “fleet manager” instead of a driver who will only monitor the route, and special buttons which will turn the bus into a taxi for each passenger. It will get them to the exact address they desire. To me, this seems too utopian considering the high dependence on people’s willingness (or lack of) to participate in the journey of others, but hopefully, Musk has a solution to this as well.

What will be the plan regarding fleet autonomy?

One more confession that Elon Musk has made in his new Master Plan regards the autonomy that Tesla Motors has already started implementing and testing in its vehicles. According to the company’s founder and CEO, the main reason he is not commenting on that yet is bad press and the unpreparedness of people. There will always be those who do not support Tesla’s plans, of course, and avoiding big collisions with them now might be a good strategic approach.

What Musk said, however, is that his efforts are aimed towards establishing both the hardware and the software behind an autonomous vehicle which would be the safer option for people in comparison to driving themselves. This is where all investments in the factory Elon Musk informs about will be vital – such an autonomous vehicle would have to pass numerous tests, including its software, in order to meet safety regulations and not only grasp people’s curiosity but earn their trust as well.

What is the innovation in the personal revenue concept?

For me, this is the most exciting point of the new Master Plan. Not because it’s something so radical, but because it combines a current trend with a futuristic concept. Elon Musk wants to make us buy the electric vehicles, even though he knows that car sales have been on the decline globally due to the lower usage and higher reliance on alternative modes of transport.

But here comes the “Be Good” element we saw in the first Master Plan. Not only will you buy an electric vehicle, which works more efficiently and supports environmental stability, but you will also be able to help those who don’t have a car to go wherever they want. On top of that, you will get paid. All of this, done through the Tesla app. Do you see the cycle closing here? The more you give to the world and the people, the more you get back. Elon Musk is establishing a community around the Tesla solutions in each milestone of his plan, and it is just lovely.

How does solar energy fit in Tesla’s master plan?

Last, but technically first on the new list, are Tesla’s efforts towards renewable energy that comes from the sun. Elon Musk calls for bringing Tesla Motors and SolarCity together. After all, Musk stated that the only reason the two companies are separate is purely “an accident of history”, as electric vehicles and solar power go better together. So why ruin the future when we can alter the presence first?

Tesla Motors has always been a step ahead of every other automobile maker in the world. Probably in history as well. And even though we can’t deny the role of innovation and expertise as some of the factors that make the brand stand out on a global scale, we believe there is something beyond that. It is the humanity that Elon Musk, as the face of the company, has kept and continues to transmit in all his actions. Unlike most manufacturers, be it automakers or not, who have lost connection with the human factor at the end of the sale, Elon Musk puts the people first. And the Master Plan proves it one more time.

What do you think of Tesla’s master plan? Are you a Tesla fan, or maybe already owning one? Share with us your thoughts and stories in the comments below. Also, if you need shipping advice and support to transport your EV, do not hesitate to contact us at Corsia Logistics via phone or online chat. 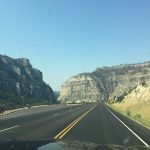