Does Your Personality Affect Your Driving Style?

In the past decade, researchers in the field of psychology have shown interest in exploring the relationship between the way people are in their daily lives and the ways they behave behind the wheel. Is there any correlation? Would your enthusiasm for socializing or your tendency to overreact in discussions prevent you from staying focused on the road?

When we talk about driving style, we don’t really mean the way you hold the wheel or what color shoes you wear. Not unless they are the reason for people’s aggressive driving. We have all seen drivers that weave through traffic. Or those who continuously yell at other drivers through their window for no apparent reason. Why they do that we can only wonder.

Driving style is often assessed by the Multidimensional Driving Style Inventory, developed by Taubman-Ben-Ari, Mikulincer, and Gillath in 2004. This is an integration of various empirical and conceptual definitions of driving style into a single concept. When developing the framework, the authors revealed four main dimensions of driving styles: reckless and careless, angry and hostile, patient and careful, and anxious. It is interesting to note that this is the first study that includes a positive driving style.

What are the four main dimensions of driving styles?

Why do we act like this when we are on the road?

What traits of our personality evoke such aggressive or reckless behavior behind the wheel? Is there something in our character that makes us more likely to cause or get involved in traffic accidents? To give you one possible answer to this question we will call to help the Five Factors Theory of Personality – a model that defines five basic but rather broad dimensions of the human personality. Several independent groups of researchers, two of which McCrae & Costa, have come to the same five traits as the primary cause for the development of different personalities. The Five Factors Personality Model focuses on emotional stability, extraversion, openness to experience, agreeableness, and conscientiousness as the primary human traits.

How does each of the five personality factors influence your driving style?

Naturally, if you show concern throughout the day and are rather tense in your conversations, you are very likely to act the same way behind the wheel as well. Your movements tend to be quick and sudden, and you are probably inclined to show anger towards other drivers more often than you think. In 2011, in their research on driving styles across personalities, Dahlen, Edwards, Tubre, Zyphur & Warren showed that emotional stability relates negatively to aggressive driving, road accidents, and traffic violation.

The second factor in McCrae & Costa’s model is the trait of your personality that shows your tendency to be sociable, or as we commonly know it – to be an extrovert. A study conducted in 2000 by Renner & Ander shows a correlation between a person’s pleasure of interacting with others and his likelihood to practice reckless driving on the road. Other researchers show that physical aggression in traffic is also positively related to one’s willingness to communicate with others. What is peculiar is that they consider verbal aggression to have less of a connection to the driver’s extroversion.

You would expect it to be the other way around, wouldn’t you?

When you know someone is talkative and open to people, they would seem to be more talkative on the road as well. Unfortunately, however, their willingness to socialize verbally turns not into cursing at the wheel, (which we all sometimes do, right?), but rather into physical aggression. Primarily due to their high levels of energy and spontaneity. So, watch out high levels of extraversion prove to be a cause of road accidents. (Dahlen & White, 2006) Better ride with someone who is quieter next time.

People who score high in this factor have personalities that thrive for personal growth, self-actualization, and appreciate values and ideas. There is little research on how these characteristics relate to reckless driving, but Dahlen & White suggest that there is a negative link between the two. People who are more open to the world are less likely to engage in dangerous situations on the road. We assume that people who are open to experiences are more likely to travel often than others, who contrary to them score low in this factor. Thus, they might be more focused while on the road in an attempt to get to their destination safe and sound and get into these new experiences quickly after. Probably they value life too much to put themselves at risk in such a way.

Altruistic and emphatic people are the ones who score high on the agreeableness factor. Naturally, they also proved to be more careful drivers. People with lower scores proved to be more likely to get involved in traffic accidents, to show verbal aggression, and to violate traffic rules. Hostile personalities seem to be quite aggressive on the road as well. They show furious behavior and reckless driving more often than those who got high scores on the agreeableness factor.

The fifth factor in this personality model considers people’s organizational skills and self-discipline. People with high scores in this factor are more proactive toward resolving problems and putting things into order. If you are such a person, you are very likely to show high levels of discipline behind the wheel as well. If you follow the rules at work (or even at home), you are probably a strict driver as well. According to researchers, there is a negative correlation between conscientiousness and aggression on the roads, verbal and physical.

Look again at this holistic overview of the personality traits that are leading you towards bad habits on the road. It seems that extraversion and low agreeableness are signs of enjoyment of violence. Openness to experience is a good factor for predicting negativism in traffic, while low conscientiousness is a predictor of driving anger.

The more organized, well-behaved, and calm you are, the lower the chances you would cause any trouble on the road. But how often does this happen these days? Maybe we should all consider taking care of our inner peace before getting on the highway. Including mindful practices in our daily routine that make us more relaxed and productive would probably make us better drivers as well.

Have any auto transport-related questions?

If so, feel free to call us at (818) 850-5258 or drop us a line via our online chat. Our dedicated team of logistics experts will answer your questions. We look forward to serving your auto shipping needs. Thank you.

driving / things to have in your car 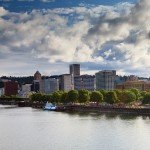