Have you been thinking about moving to Portland, Oregon? Or maybe you’ve already settled on the idea of building your future there.

Either way, unless you are already there, I’m pretty sure you are going to regret the fact that you missed their annual World naked bike ride! How cool is that! It happens every year in June, and it is the largest nude bike ride in the world with over 10 000 participants! I’m sure that even if you don’t aspire to be one of the naked bunch, you would have loved watching them – the freedom that these naked riders exhibit is just inspiring…I wish I would dare to be bare and on a bike!…. but well tough luck.

Anyways, this open and honest bike ride gives you an idea of how open minded the people of Portland can be. In a good way. So here is what you need to know, if you are pondering the idea of moving to Portland, Oregon.

Oregon’s largest city is home to a little over 630,000 people. Portland has a reputation for being a progressive and welcoming city. It’s a friendly town where people are nice to strangers. Portland is the city where respect for the environment is strongly encouraged and events like annual Portland Pride Festival and Parade are well attended. Being weird is normal in P-Town. Moreover, it might be even the core component of charisma here.

If you are about to move to Portland, you should probably learn all its nicknames. And they are quite a few.

The promising growth of Oregon’s job market is heavily reflected on Portland’s economy and growing young population moving there, as it is the largest city in the state. In fact, Oregon has been named the best state for jobs in 2017 with the unemployment rate down to 3.6% and some 50,000 people back in the workforce. Like in many other states, health care and information technologies are the two fields most in demand, followed up by big retail companies with plenty position openings waiting to be filled.

Still, make sure you get a job (unless you don’t need to) before you get to Portland. It will make your life so much easier. You can always take a look at the State of Oregon Employment Department for information and job opportunities.

It tends to rain, but it’s more like a drizzle so unless you want to stand out, you’re better off leaving your umbrella at home…after all you’re not made of sugar, take it like a Portlander.

Winters are cold here, springs are rainy. You will need your jacket for Halloween trick-or-treating. Summers are mild with temperatures occasionally reaching 90’s. So if you are moving to Portland from somewhere hot and sunny, you’ll have to adjust to the new weather.

Things to Do in Portland

If you happen not to enjoy the outdoors, well you will start loving it in Portland! All covered up with trees and parks with people running, biking, breathing the fresh air! So, get out, open up your lungs and get moving. The best place to start – Forest Park. Go check it out and dare to say you didn’t love it!

Consider yourself an artsy type? Portland loves art! To the point that the City of Portland issues Original Art Mural Permits to encourage mural art in the city! There are also plenty of fine art galleries across the city. Theater lovers can check out Portland Center Stage. And you can always satisfy your appetite for classical music at the Oregon Symphony.

And of course, you knew it was coming – if I don’t mention bridges it’s like we didn’t even talk about Portland. The city has some of the most amazing bridges in the country and of course all the breathtaking views that come with them. Go and take a bike ride on Hawthorne Bridge, then you can honestly say that you’ve walked on history, as it is the oldest operating lift bridge in the US.

You may have guessed already that Portland is a biking heaven. Today, the city is the most bike friendly place in the nation. Seven percent (7%) of Portlanders commute to work by bike. So if you love the outdoors or just enjoy biking, Portland is the place to be. For ways to move around Portland and a wide array of biking events, visit TravelPortland.

Portland is known for its great urban planning, which allows it to offer other means of transportation without causing you to walk for miles in order to reach your destination. Just jump over to TriMet, they provide you with plenty of information about the available transit options in the city and allow you to plan your trip so that you don’t get lost or be late.

Moving to Portland With Your Car

As in any other city in the US, the main type of transportation in Portland remains the automobile. If you are planning to take your car with you, have you thought about how to actually get it there? You can always drive it all the way to PDX. But If that sounds like too much on top of all the other moving chores, you can always let professionals take care of the task. Thanks heaven for auto transport companies! All you have to do is find a reliable car shipper you can trust.

At Corsia Logistics we believe that transparency is key. You won’t get anything less than honest talk and realistic prices from us. If this is your first time shipping a car, here’s how car transport works in five easy steps:

Corsia Logistics ships vehicles across the country on a daily basis. Whether you are moving from New York, Florida, or anywhere else in the US (including Alaska and Hawaii), we’ve got you covered. Let us take care of transporting your car, so you can concentrate on the rest of your moving tasks.

A Couple of Things to Keep in Mind

Like any other city, Portland has its problems too, so before you move there make sure to consider the safety of your neighborhood. Whatever you do, make sure to stay clear from the following areas – Hazelwood, Lents, and Powelhurst-Gilbert. They were ranked top 3 of the most dangerous neighborhoods in Portland based on a number of police calls, fires, and car crashes.

Also, an increasing problem in Portland and Oregon in general is the cost of living. The state’s popularity has skyrocketed the number of people wanting to live there just because it’s lovely, but it has been making the place less affordable to live for the locals. The city is getting pretty crowded, and locals keep on urging people to improve their own cities instead of moving to Oregon and destroying theirs. This is something you definitely want to consider before moving to a place that might not appreciate you moving there, to begin with.

Trust me, Portland is nothing like New York City, and this is exactly why many people love it. Portland, OR sounds like a dream place to live in, just make sure you keep it like this. Becoming part of the local community is the best thing you can do to help preserve and improve the city’s development and way of life.

I don’t know about you, but now I’m thinking of moving there with all the parks, outdoor activities, and microbreweries throughout the city. Yes, they have that, just like in the Czech Republic, Germany, and other European countries. If you would like to share something that we missed please, do so in the comments below. Thank you!

Does Your Personality Affect Your Driving Style? Prev post
Why do we yawn while driving? Next post 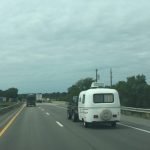