Road rage bigger when the vehicle is bigger

We’ve all been there … simply driving down the road and suddenly the driver of another vehicle decides to cut us off, to tailgate us, or simply be an idiot trying something new.

What do you do when this happens? Some will keep driving, trying to ignore, or simply get away from the intruder. And others would like to teach the other driver “a lesson” by responding and making things sometimes worse … this is referred to as road rage.

Road rage is different from aggressive driving. According to the National Highway Traffic Safety Administration (NHTSA), aggressive driving is described as the following activity: “the operation of a motor vehicle in a manner that endangers or is likely to endanger persons or property”.

There have been thousands of cases of people dying or receiving injuries due to road rage. An estimated 1500 people are injured or die every year as a result of road rage. Below you can find two stories published on www.healthday.com that unfortunately are not an exception, but a rather common occurrence on the road:

The two cases above and many others are actually triggered not only by stress, anger, or rage but by an underlying disorder (very often undiagnosed) called Intermittent Explosive Disorder, aka IED. If left untreated, it can lead to terrible situations. The disorder can affect up to 7% of the population and it does not depend on your social status or ordinary behavior, because it can be triggered at any moment by anything.

When we are behind the wheel sometimes we are completely different people, especially if we have had a bad day/week. A little thing like someone stealing your parking spot can be perceived as hostile behavior and can be a trigger for your behavior to change dramatically in a matter of seconds.

Now imagine if you are experiencing road aggressiveness and hostility on a daily basis, if your job is to drive on the highways and try to stay calm every time someone cuts in front of you or decides to tailgate you for miles. It is not easy to stay calm in those situations. Especially, if what you are driving is a truck with a heavy load that cannot be stopped nor redirected easily.

When someone recklessly decides to cut off a regular car, he/she is endangering not only themselves but very often the other car. However, when someone decides to cut off a truck then it is a thousand times more dangerous. Sometimes the truck simply cannot stop even if the driver reacts on time. No breaks can stop abruptly a 40 ton vehicle without causing damage to what’s around it, very often flipping the vehicle and affecting the traffic around it.

The problem with aggressive drivers is that very often they get away with it, and others have to bear the terrible consequences of their actions. What is scarier is that very often there are truck drivers that are instigating road rage without really thinking about their load, size, and reasons for doing this. There are plenty of stories and videos out there showing the horrifying consequences of some truck driver’s reckless behavior.

The main problem today is that road rage has been escalating.

If a few years ago someone would cut you off, you might decide to go and return the favor. Nowadays though, things don’t stop there. We see mad drivers who can shoot you over slowing them down or others that will follow you to your house and stab you with a knife.

Between 1990 and 1996, there has been a steady increase of 7% per year of road rage incidents leading to death or serious injuries of at least one of the parties involved. Today the number of drivers on the road has increased by the millions compared to 1996 and we haven’t learned anything about managing stress and anger, especially while driving.

Another problem contributing to road rage is the aging infrastructure. We all know that long detours, bad signaling, or simply a crack on the road can cause additional stress, especially if you are in a hurry; in some cases, if you happen to suffer from IED, it can be fatal.

A further problem is the simple fact of cars overpopulation. The more cars you have, the more delays and traffic jams you’ll have to deal with, hence more stress and aggressive driving might follow. If you happen to witness or be part of a road rage incident, call 911 immediately, it can save a life!

And if you are like me and would like to avoid all the hustle and bustle, and the troubles that might come with it, one way to escape it all is to relocate to a less crowded and less stressed out place like Alaska.

Overall, we must try and be better drivers – do not cut off people, do not tailgate, do not think that your time is more valuable than theirs. By doing something so simple and meaningless to you, you might be triggering something irreversible, so be more mindful about others and the way your driving affects them. 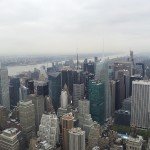