Toyota Corolla: The most faithful car

The Corolla has been recognized as one of the most reliable, economical and durable cars in the world ever since Toyota touched US soil in April of 1968. But why? What is the reason millions of people worldwide consider it their most faithful car?

Some think car reliability is a myth, and yet we have vehicles like the trusty Toyota Corolla. In fact, the marque has a few other models that also garner such thoughts and feelings. In this article we want to learn what is the method to the magic. Put your seatbelts on and hop for a ride!

Why is Toyota Corolla so popular?

While it may seem surprising now, Toyota has not always been a successful company. They have had lots of issues, until they adopted a different philosophy of step-by-step improvement. That laid the foundation of how the company approached automaking in general.

Thus, during the mid-1960s, Toyota had to face the ever changing needs of Japanese commuters. As the country’s industry was rapidly expanding, the daily commuting time of Japanese consumers was increasing as well. People needed to get around at their own schedule and having a car turned into a necessity.

When the former Chief Engineer of Toyota, Tatsuo Hasegawa realized this, he conceptualized the first Corolla. The whole simple premise is this: give the consumers what they need. This very idea lives on today as they adapt the Corolla for the ever changing market. Who would have thought that if you solve people’s car needs, you would be successful?

After Toyota entered the American market, the company experienced a huge success. The great number of early sales in the US helped sell 1 million Corolla units worldwide. And that milestone was reached just four years after the car was launched. From then on, the company just continued to deliver the same tremendous value over and over again.

Is Toyota Corolla a good car?

We have to note one thing: popularity does not necessarily mean quality. Fast food is popular, but most folks do not regard it as good. That being said, cars costs a lot, so people usually take more time considering such a purchase. I would say that when it comes to cars, popularity at least hints at quality.

Now that you know this, you can appreciate these details. By 1974, the Corolla became the best-selling car in the entire world. And to this day it remains one of the best-selling vehicles. In 1997, the Corolla even surpassed the Volkswagen Beetle in the number of TOTAL sales worldwide throughout the years: 22.65 million units. Now they are above 44 million.

There comes a point where popularity does mean quality, at least compared to price.  Even after 20 years, it still functions decently well. That should tell you something about quality!

Why do Toyota Corollas last so long?

Truth be told, it is not only the Corolla. Toyota as a marque focuses a lot on reliability. They strive to make things that last, because they are not focused on the here and now. That is their whole philosophy. Instead of satisfying shareholders with quarterly reports, Toyota focuses on the long term. And I mean the LONG long term. Think decades.

Did pay off? Of course it did! When you act according to your core values, you get ahead. Here in the States we have the mentality of planned obsolescence. We are afraid that people will stop buying, if their things do not break down. Does Toyota subscribe to that notion? No!

How Toyota changed the car game

We fail to get that people buy new stuff, because they like buying new stuff. You may have a 10-year-old Corolla and you would still buy a new one. Why? Firstly, it will just be better. Secondly, you love the experience. Thirdly, you want to catch up with the times. So who cares if your old car still works, the new will be better. You know it, because your old model lasted for 10 years and counting!

That is the value of long-term thinking. Toyota realized that by making virtually undying models, they just market themselves. Who cares if a person buys a new Toyota every 10 years, not every 7, if you get to steal all the other companies’ customers? All that helped Toyota become the second most profitable car company in the world.

So why do Corollas last so long? Because Toyota wants them to! They do not skimp on parts, they do not make them forcibly less reliable. They do their best job and it pays off!

The comapny has taken quality assurance very seriously throughout the years, without having it reflect on pricing.  Whenever the company sees something that could be fixed with the cars, it takes action. The car manufacturer cares about their customers, so it focuses on the process of quality improvement until the result is satisfactory. That is why various owners have claimed their car lasted well over 300,000 miles.

Your everyday Corolla may not be the most exciting car in the world, but you know you can count on it. That being said, different people have different reasons why go after Toyota. Some genuinely enjoy the ride. It is decently comfortable after all.

Others just want something they rely upon. A few folks actually go out of their way to make their Toyotas more sportslike. Me? I just want to have a car that will not be a money sink. I even enjoy the idea of having a 20-year-old model that actually works. By the way, if that sounds interesting, check this article out: Why do we keep that old Toyota Corolla? 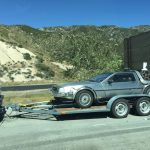 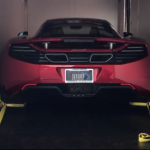