Why do we keep that old Toyota Corolla?

Atanas Nikolov
We all have an interesting story about an old vehicle. Perhaps it was our dad’s first car. Or the family van that still runs if someone bothers to use it. Or maybe… a decades old Corolla that seems like it would never die!

A lot of folks feel a weird sense of attachment to their older vehicles. It is not that you would not buy a new one – you just rather keep the old too. Why? For starters, we are psychologically wired to not give up on stuff. That is why hoarding is becoming a problem nowadays. Yet… that still does not tell us the exact reasons to hang onto our old ride. So let’s explore that!

How common are older vehicles?

Even though older vehicles can sometimes be spotted, most of us wouldn’t say they make a huge chunk of all the cars out there. So, that may lead you to conclude that old cars are not so common. Depending on where you live, all you see may be newer vehicles and modern designs.

We have written about classic cars in California and all over the States. However, these do not really count, do they? After all, the vintage market is just a niche. And it is not the one, in which that old Corolla fits (yet).

Truth be told, cities do see fewer older cars. There a new vehicle can give you an edge. If it is smaller, driving around and parking would be easier. Not to mention efficiency and the supposed eco-friendliness.

For those reasons, you would get a new ride every 5 years or so. That leaves you no time to get attached. Which begs the question… where are the mentioned older cars?

Do you regularly drive a car that is more than 10 years old?

If you had to guess, how many people own and regularly drive older cars? This is where things get tricky. Keeping an old car around isn’t the same as regularly driving it. I bet you could name quite a few people who have an old ride, yet barely take it out.

Here is another thing to ponder: do you know how many new vehicles get bought in the United States each year? Over 6 million. AAnd even though that number is a current low, Americans are still buying automobiles by the millions.

At the same time , the average age of cars is on the rise at about 11.5 years. Does that sound paradoxical? How is the average car age getting higher if so many new vehicles are being bought? Here’s your simple answer – families just keep their older vehicles around. Should we check out their reasons?

Why do some people keep cars for more than 10 years?

If you go around asking people why they keep their old cars, they will give you all sorts of seemingly logical reasons. Here are a few:

These are all genuine explanations that people give online. People seem to love their 15-year-old Corolla just as much as their new van. In fact, that Toyota may be actually be an interesting case. Learn more about it in our article about the most faithful car: Toyota Corolla.

Now, riddle me this: could it be possible that we have subconscious reasons to keep that old car? Maybe we have already decided to hang on to it and all the reasons above are just our way to make it sound rational. That’s what psychology tells us!

Why do some people have an emotional attachment to their car?

We are not rational creatures. No matter how much we try to convince ourselves, we base our judgment on emotion rather than reason. For example, how practical is keeping an old Toyota Corolla when a new one is dead cheap and reportedly reliable?

Here is the exact way emotions play us. For many, a car serves as a projection of their character. Damaging it feels painful. Caring for it seems almost like caring for a loved one. In fact, the reasons for keeping older vehicles are more psychological than you think. And they are not limited to cars. You likely have an item or two you cannot give up.

If you are used to changing vehicles on a regular basis, this sense of attachment will be naturally underdeveloped. You have primed your brain to only see the car as a tool. After all, it is going to get replaced soon enough. However, if buying a new ride is somewhat of a spontaneous decision for you, then you will inevitably become attached to your old one.

How attached are you to your old car?

I hope that this little psychology lesson has helped you see things a bit differently. Keep in mind that there is nothing wrong with having a sense of attachment to that old ride of yours. I know I have it. And I probably will feel the same way about my current daily driver.

So what about you? How do you feel about your car? Is it just a tool or do you feel a bit sad when you have to get a new one? If you enjoy the psychological aspect of cars, you should check this out: Does your personality affect your driving style?

The ugly car that we love (to hate) Prev post
What does Trump’s tariff plan mean for car collectors? Next post 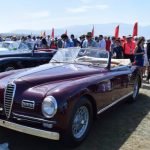