The Most Bizarre Car Transport In The World 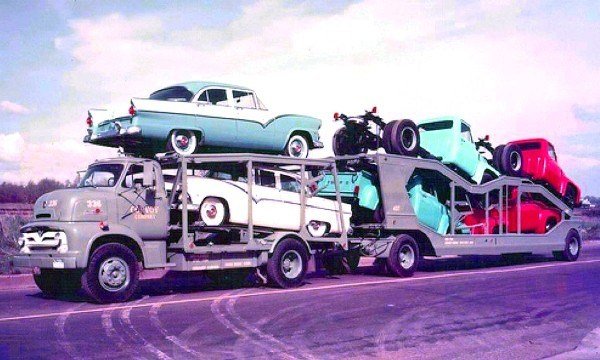 The world is full of strange things waiting to be discovered. Does a guy with a Ferrari, which is actually a bike, sound weird enough? No? Great! Today I have some interesting stuff to show you! If something is right up Corsia’s alley, that would be car transport. But we only dwell in the realm of the regular. As it turns out, there are many bizarre auto transporters, and we are about to cover them.

How did auto carriers look like in the past?

Before we dive deep into the modern wonders of auto transport, let’s check out how things were in the past.

We’ll start with this not-so-strange-looking carrier. 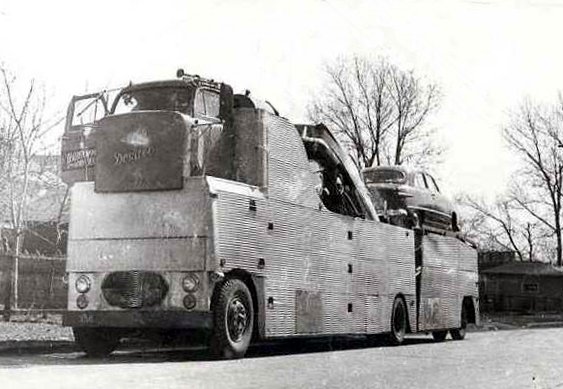 Today it seems a bit funny, but all in all pretty regular. It’s not really that impressive, is it? Let’s step it up a notch!

You know what really interests me? Creepy stuff. Like this abandoned transport. Imagine what the story behind it is.

First, they found it in the middle of what? The woods? How did it even get there? Second, it has obviously stayed there for a while. Did no one care to search for it? Or if people had found it earlier, why had no one reported it?

Of course, the story could be much more trivial than what my imagination came up with. But where would the fun be in that? I’d stick with my idea, thank you.

There is something charming about old stuff. Sure, it’s hard to live without the comfort of today, but the past is just beautiful. And this racecar hauler does it for me. Granted, it is not exactly weird, but it’s fascinating.

At first glance, I thought it was a truck carrying a truck. The color matching really got me. But the whole picture just shines. Look at the detail on both vehicles. I bet riding in such a car is awesome!

The first carrier I showed you wasn’t too big, right? I figured this must be a trend with older auto transporters. So I decided to dig deeper but to no avail. I couldn’t find anything truly massive.

Instead, it was this petite hauler that caught my attention. If you take the trailer away I think it could easily pass for a pickup truck. But look close enough and you’ll see that it’s actually carrying pickups!

I don’t know why this makes me so happy. Maybe the modern age has so much grandeur about it that we forget to appreciate the small things. And that’s small. Comparatively, at least.

Okay, it’s time to leave the past behind. But we won’t jump to the inventions of today’s technology just yet. Instead, we will enjoy what our fellow humans have come up with.

Be warned! The things you are about to see may look a bit alien to you, but I assure you – those are human inventions.

I simply don’t know how to describe this picture.

For starters, the pickup must have quite a lot of power to haul all of that. And let’s ask the real question here: can it even move? And I don’t mean to drive in a straight line. Perhaps that’s possible. But what about turns?

Let’s be honest – this thing was probably done simply to shock people. It probably hasn’t moved much at all. At least that’s my guess. Call me a killjoy, but I just don’t buy it.

I have no doubts that mankind’s intelligence knows no bounds. Yet I do think that some people go a bit overboard in the MacGyver department. This resourceful solution will serve as my example.

The entire thing brings up tons of questions. How did someone even think this would work? How did they manage to get the car on top of the pickup? How did they secure it there? Is the single strap really the only thing holding it? How far did it even manage to get before stopping in the emergency lane?

But do I want to know the answers to these questions? Maybe not. It is known that awe and fascination go away when you find out what’s really going on.

It’s finally time to pay attention to auto transport of the modern day. But don’t think that I will show you any regular carriers. Today, we are talking big, huge… well, see for yourself.

If you are not familiar with what a mining truck is, take a look this one.

And that’s not even the biggest one. Of course, these monsters cannot be driven on the road. Do you have any idea how they get them to mining sites?

One way would be to disassemble them. But even when disassembled, you need quite a lot of power to carry the separate parts.

However, there’s one company that takes the challenge of carrying a 240-ton monster. Because you haven’t really seen it all, before you see a truck hauling a mega truck.

This Mercedes hauler has a capacity of 250 tons. Now, this truly makes me admire the minds of engineers who came up with such a thing.

Sometimes things get hard. You have a giant thing to move, but your trucks don’t have the capacity. What do you do? You go double.

I admit this isn’t as impressive as the one above, but I still had to give credit. After all, if I see that in real life, I will stop and stare.

However, I know that people are sometimes hard to satisfy, so I have prepared! If you didn’t really enjoy the double haulers, perhaps this one will work for you. Moving on!

The next thing I’ll show you is not an auto transporter, but I had to mention it. I am talking about a giant tank carrier. Sadly, I don’t know what’s inside the tank.

I hope you’ve noticed which company makes the trucks. Perhaps Mercedes has taken the challenge to manufacture machines that can carry a planet one day. Or at least the moon.

Does China have a ‘monopoly’ on weird haulers?

After I’ve shown you such weird and interesting haulers, I have something to admit. Most of them weren’t truly auto transporters.

I wanted to find bizarre carriers from all over the world, but the reality is that China has a monopoly on weird haulers. And I’m not going to keep them all for myself. Enjoy!

We will start simple. This truck is deemed the longest car transport in the world. The entire thing is longer than 90 feet. It can supposedly fit 15 cars, but it’s only a single level trailer.

I don’t know if it’s still in operation, as the trailer seems to be in a rather bad condition. But I hope this first example of China’s weirdness has impressed you.

Efficiency may as well be China’s motto. Because if you want to transport 30 cars, you will need more than a single carrier. Not in China! This two-level, double-width truck does it all!

The interesting thing here is that officially such vehicles are forbidden there. Unfortunately, no one cares and no one enforces that law.

And because they are too big to enter a city, most of the time the vehicles are unloaded outside of town. Then car dealership employees take them one by one to a place, where they can sell them.

If you think this is an exception, you are wrong. Apparently, this is a common way to get bigger vehicles across the country. There are many examples of this happening all over China.

Sometimes things get even worse. Three trucks may sound scary, but how about ten? Nope, nothing weird, move along.

But you know, different people have different opinions. Maybe you think that’s not dangerous at all. Like there are no liabilities to trying that.

Since the country is all about cheap solutions, the police rarely stops such attempts. However, even they have a limit to how much craziness they permit.

What other kind of auto transport is out there?

To finish off our list of crazy and bizarre car transporters, I have something special for you. It is 656 ft. long, 118 ft. wide, and doesn’t travel on roads. Meet the Höegh Target.

Where do you think it comes from? You guessed it – China! However, it’s registered to a Norwegian company, so I don’t think that counts.

This thing can carry up to 8,500 vehicles, which means about 280 auto transports by Chinese standards. Piece of cake!

It is meant to transport vehicles from China all the way to different parts of Europe with an end stop in the UK. Then it goes back and does it all over again. I don’t even want to think about the insurance this thing has.

Back To normal auto transporters

Thankfully, the Corsia’s auto transporters are not that crazy. After all, if we can’t be the first to transport 30 vehicles in one carrier, why should we even try?

All jokes aside, we always strive to provide outstanding car shipping services, on which you can depend. We prefer to do things properly and make sure our clients are completely satisfied. So when you need to transport your car, don’t go down the Crazy lane – simply give us a call and we will take care of everything! Get your free quote today! 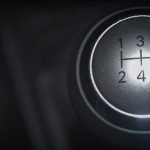 Why and how to drive a stick shift? Prev post
Car Accidents: Explaining Those Statistics Next post
GET A QUOTE
CALL NOW