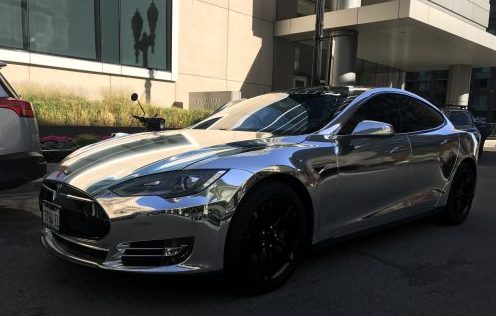 It seems that supply issues caused by the diminishing reserves of important raw materials don’t change the philosophy of the major car manufacturers. Or do they? We tend to think that big businesses continue to be cashing in on the rising demand for the product, without any concerns about the consequences.

Fortunately, the wave of new vehicle models, hybrids, EVs, FCEV, and other technological advances have revealed that innovative car manufacturing is becoming the norm more than the exception throughout the auto industry.

Toyota is the most popular make in the US or at least one of the most seen on the roads. This is not just because it’s Japanese. It is because the prominent car maker produces great automobiles. And the company just never stops inventing. Toyota is the maker of the Prius, the first Hybrid vehicle that became hugely popular and accepted.

Now the automaker is working on its version of hydrogen fuel-cell car. And the chances are the new model will hit the dealers around 2015. This vehicle will only emit water vapor from its tailpipes. Moreover, it is shaped like a drop of water. What else can we say? The word is purity, and it is not a typical word to go with a motor vehicle.

Toyota is also very committed to developing safety technology, according to its newsroom. The latest is the new Pre Collision System (PCS) with Pedestrians-avoidance Steer Assist that can prevent collisions with pedestrians. The system activates when a collision seems inevitable, and the automatic braking alone is not enough. The steering assist activates and steers the vehicle away from the pedestrian. How about that now?

The other Japanese carmaker did not fall behind. Well, it might have, a bit, in terms of design. Honda recently introduced its fuel-cell vehicle the FCEV Concept. They say, sweeping lines and aerodynamic body, but it just doesn’t cut for me. It is too futuristic and downright ugly. As Jalopnik put it, “A stunning car no one will buy.”

The automaker still has some good stuff though. Its ultimate direction is developing vehicles that use sustainable energy sources. And this is what the FCEV displays. Aside from this, Honda recently introduced the 2015 Fit. It has improved performance and efficiency and enhanced interior and technology features. And this is all good for the all-new Honda Fit. It definitely needed refinement. I would never buy a Fit though. However, in general, Honda is a good choice, if you are looking for reliability.

The next automaker in line that intends to beat both of its rivals is South Korea-based Hyundai. It will market a hydrogen-powered vehicle based on its Tucson. It’s hard for me to find words right now. I am thinking: what is with all these hydrogen-powered vehicles? It’s probably because we are running out of petrol. Many believe that consumers want this zero-emission technology. Hyundai believes. But we may just not be ready to make the switch yet. And, well, a Tucson is definitely not what I have in mind for FCEV.

The carmaker is never defeated. A favorite of mine, Volkswagen, has introduced new features and new models that many will buy, in my opinion. VW leaders stand behind their statement that “hydrogen fuel-cell has failed to live up to promises,” there is simply no efficient way to produce hydrogen, meaning the cars will be expensive. Yet, we see many carmakers jumping right in and introducing their FCEVs. So, what did VW introduced in 2013? Well, it was simply an E vehicle. The e-Golf. Before we even say something, let’s just stop and enjoy the visual aesthetics of the car.

The electric motor produces 115 horsepowers and 199 pound-feet of torque. It will take you from 0 to 62 MPH in 11.8 seconds. It sure falls behind its standard quick Golf brother, but it’s not bad at all for this beautiful city EV. The lithium-ion battery is mounted under the back seat, not taking from cargo or passenger space. The only thing missing, for now, is the price.

With no wild features and lines, the Volkswagen Group also introduced its newest concept vehicle – the Cross Blue Coupe Concept crossover. The car appeared at the 2013 LA Auto Show. Inside and out, it screams Volkswagen. The style and the luxury speak about carefully considered lines and features. Overall, it is a fuel-efficient SUV many will be waiting for. Meanwhile, Volkswagen will continue pushing innovative technology like its automatic parking and exiting from tight spaces through smartphones. Tons of good stuff are to be expected from the old German automaker.

Some other old automakers are also adopting new technologies faster than ever. We will talk about those in another article. Thanks for reading!

driving / eco cars / things to have in your car