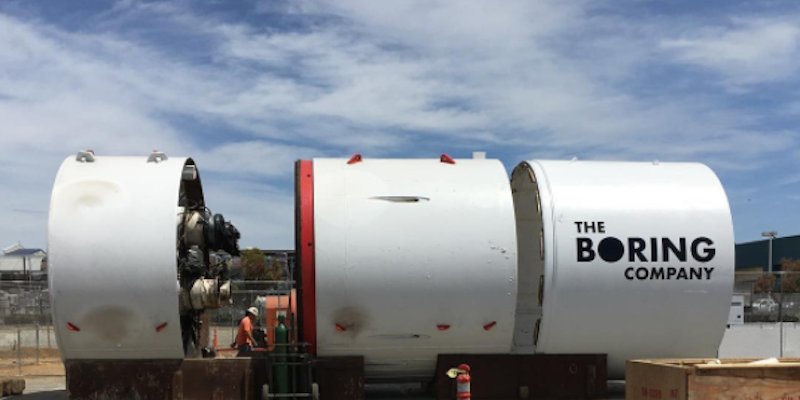 Elon Musk is one of the few people really worth following on a regular basis. Revolutionizing the automobile industry, developing solar energy and launching rockets in space… Who wouldn’t want to keep up with that?! And on top of all these I-will-save-the-world activities, he has time to think about mundane things as well… such as traffic.

Elon Musk’s latest project on fighting traffic congestion has gathered everyone’s eyes on him once again. Several months ago he got the idea of creating The Boring Company. What seems like a stupid name for quite a dull idea might actually be the company that will solve our biggest road problem.

Apparently, Musk got the idea of the Boring Company while he was sitting stuck in traffic.

See, the guy is not wasting his time. Instead of singing along with the radio, he was mapping out a plan on building an underground road system. In its essence, The Boring Company will work on establishing a roadway network under the ground. The company will focus on digging out tunnels which will serve as a new cost-effective system for the transportation of vehicles and high-speed trains. In the end, we may be able to travel to Los Angeles from Westwood for example, in about six minutes.

Once the underground network is developed, cars will be able to access it through tunnels. Cars will load up on individual pods, and descend to the sub-terrain roads where they will be transported at speeds up to 210 km/h. The system will be controlled by a computer (duh) in order to achieve highest cost efficiency.

The company has already bought a secondhand tunneling machine from a firm in Washington and… has started digging. Remember the hole that recently emerged in SpaceX’s parking lot? Тhis pit was the first attempt, a demo tunnel, to test the machinery. So there is already some progress being made on the project. Yet, critics doubt that the Boring Company is the right solution to the initial problem at all.

The Cost of Tunnels

The first step to making this project work is the development of the tunnel network. Imagine the decades it took for the country to establish a large and safe infrastructure of roads and highways… And now think of going through the same process once again. Only this time it would be underground.

It is good that Musk has not gone nuts about this without first calculating some costs. According to his estimates, a mile of the tunnel can cost about $1 billion. Well, maybe he is nuts.

Currently, the National Highway System consists of more than 164,000 miles of highways. Take half of that and put it underground. Take the price and do the math. Yes, he is nuts.

Even if we take a single route. Let’s say you are moving to San Francisco up from Los Angeles. It takes 380 miles to travel the distance. This is $380 billion only for tunnel digging. For a single route.

Well, maybe we have to consider some of the costs the tunnels could save us. Such as costs for air pollution. Moving a certain portion of vehicles underground would decrease the negative effects on the atmosphere. Of course, the tunnels would need proper ventilation and mechanisms for the combustion of emissions. If it works, this could save expenses on environmental practices and health-related costs.

The building costs, Musk says, can be reduced by increasing the capacity of the machines the company uses. Moreover, the size of the tunnels could be smaller – wide enough only to fit a vehicle and the skate it would be riding on. If he manages to make tunnels narrower and does it in a short time, this would also lead to lower effects on disrupting the existing infrastructure above ground.

The Modifications to the Infrastructure

According to the plan now, the cars will enter the tunnels through elevators. But in order to get in the elevator, they would need to line up and wait for each car to descend. Each car will get on a skate, stabilize and then go down. But wouldn’t that cause lines of cars just waiting for each other to make a move? Doesn’t this sound familiar? Only this time cars will be barely moving down instead of forward. Moreover, there should be special lines developed for those that want to use the tunnels. This would not happen instantaneously. Whether we have additional toll lanes or tunnel-prep lanes, the slowing down is inevitable.

Here is something else to consider – what would happen to the hole that the car enters when other cars go down the tunnel? It should be immediately protected. And the protection released for the next car to go in. And this should happen at every possible tunnel entrance, on every single route. Not only would this cost money, but it would also create a sense of poor security measures. There needs to be a seamless integration of the whole system into the design of a city and the roads surrounding it.

The Depth of the Potential

What is truly admirable about this project is Elon Musk’s objective evaluation of its success. He admits the project requires a long time to reach the realization point, yet, he is not ashamed of it. His forward-looking business thinking has not prevented him from seeing the obstacles. Still, he knows where the true window of opportunity is.

Musk admits that one layer of underground tunnels would not solve the problem with traffic congestion. It will get used up, and you will be back at the start. Yet, the secret potential lies in the depth. “The deepest mines are much deeper than the tallest buildings are tall,” he says.

Still, couldn’t we turn this the other way around? What if we start building levels up instead of down? We wouldn’t need the tunnels, at least. Just a strong enough base to keep the roads secure in the air. And that sounds quite cheaper than digging, and digging, and digging…

The Boring Company and Auto Transport

What would Musk’s tunnels mean for the auto transport industry, however? Truckers have had problems with parking and traffic for quite some time now. Could something so ‘boring’ like tunnels help them now?

Musk’s tunnels are currently in no way suitable for the auto transport industry. Neither the size of the tunnels nor the vehicle skates match the needs of trucks and haulers. Musk’s plan is solely focused on light-weighed passenger vehicles. Yet, there are over 3.5 million operating truckers in the USA today. Wouldn’t it be better for traffic if we got them out of the roads, too?

Auto transport carriers are in their essence already helping solve traffic congestion. Whether drivers operate open or enclosed carriers, in most cases they would share the space with other vehicles. Instead of leaving numerous drivers on the roads, they allow for the transportation of several vehicles at a time, thus decrease their contribution to the congestion problem. Moreover, they save the nerves of what would otherwise be impatient, angry drivers.

Well, maybe once Elon Musk brings the concept of the Tesla Semi Truck to reality, he will start paying attention to auto transport and other trucking problems, too. Hopefully, he will think of a better and not-so-boring name for that project!

So, What about that Project Name?[\h5]

Well, just take a look and we won’t have to discuss it. Elon Musk’s personal tasks so far:

You see the discrepancy? Among all the problems Musk is aiming to solve, traffic really seems like the most boring of all. Yet, by giving it an ironic name, he is already bringing quite a hype to the project.

“Boring. It’s what we do”, he tweeted. But that would never be the case with anything that comes out of his hands, would it? Every project he undertakes aims to solve a problem. And according to him, traffic might as well be the worst of them all. After all, he sees it as “one of the most soul-destroying things.” And this is much more than just boring.

Still, this is not a priority project for the inventor. In a TED interview, he said that he only spends about 2-3 percent of his time on it. So we might have to wait quite some time until we see any significant progress or results of any kind. Hopefully, till the time comes, Elon Musk and his Boring employees will figure out cheaper and more efficient ways to solving traffic congestion.

Thanks for pointing out the error, Norbert! Corrected!

3.5 billion truck drivers in the US alone!!? Half the world’s population drives trucks and live the US. I think you meant to say ‘million’. Just off by 3 orders of magnitude or 1 letter, that’s all. 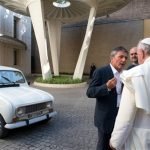 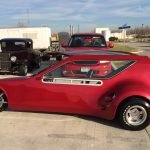