The most remarkable cars used by world leaders and royalties 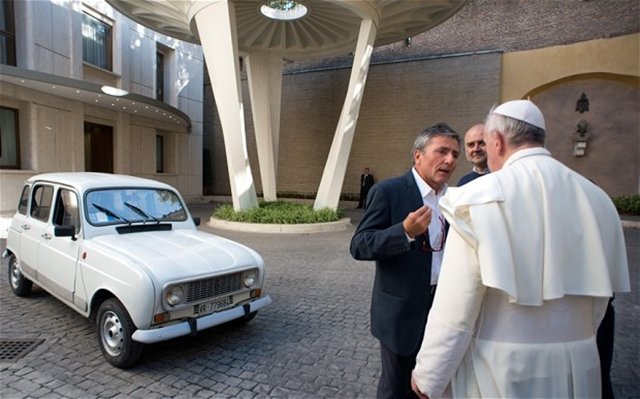 We all turn our heads when we see our dream car passing by us on the road. That expensive model you’ve always wanted, but never had?

There is another kind of vehicle. One that not many people dream of. But it is truly the pinnacle of automobile craftsmanship. These are the specially built models for world leaders.

Join us in this post, as we explore the most remarkable cars used by world leaders and royalties. We have to warn you, though, that not all of these vehicles look remarkable per se. But it’s what we don’t see that matters. Keep an open mind!

What cars do world leaders use?

While some of the world leaders have only one specific vehicle in their fleet (or at least one model), a lot of them aren’t satisfied with that. But we won’t show you each leader’s collection today. Rather we will focus on the most notable examples. Otherwise, this entire list could be comprised solely of the vehicles of the Royal Family of England.

The land of the free and the home of the brave

Of course, we have to start the list with the US president. The vehicle, in which he takes a ride, the Cadillac One, is also known as the Beast. And it is truly a monster that costs the whopping $1,500,000. Surprisingly or not, this isn’t the most expensive car on the list, but it still is remarkable.

Of course, this VIP car is built in the United States. But that isn’t what drives the cost up. The truth is that very few people know what is implemented into the car, although many speculate.

The only thing we can safely say is that it’s bulletproof. The armor on it is 8 inches thick. That explains why it weighs 8 tons. It’s a tank in disguise.

If you thought that the Russian president would also pick a locally built vehicle, you were wrong. He placed his bet on the German piece of art – the Mercedes S-Class Limo.

It is again bulletproof, although not as heavily as the POTUS vehicle. The price difference is quite obvious as well, as that limo stands at the “meager” $250,000.

Rumor has it, however, that the Russian leader’s heart really belongs to domestic automobiles. He’s had quite a few Russian and Soviet-made models in his private collection. You can read more about one particular make in our post about the legendary Volga.

While we are talking about the Mercedes limo, we have to mention that the Philippines President uses a Mercedes car as well. It is similarly priced at around $250,000. It is a newer model, but in essence, is pretty similar to that of the Russian President.

Although the current President sees this as too much of a luxury, that probably won’t change anytime soon. The country has to keep its leader safe, after all.

Some people are not that fond of luxury. Others think it’s a waste of money. That’s why the President of India employs a Mercedes-Benz S600. A very frugal choice, indeed, with a cost of “only” $180,000. That makes it the cheapest vehicle on our list!

As you can see, the price is relative. The next vehicle on the list will prove that to you.

As we’ve already mentioned, the Royal Family has quite a lot of vehicles in its fleet. The traditional Rolls-Royce fills up most of the collection with its Phantom models. However, the truly interesting car, in our opinion, is the Bentley State Limousine.

We admit it doesn’t look that impressive. But it’s not what’s on the outside that matters.

Only two such vehicles exist. They were built specifically for Her Royal Highness Golden Jubilee (50 years on the throne) in 2002.

We can guess the cars are bulletproof, and all that jazz. But do you know what’s more interesting? Each of them costs more than $15,000,000! Speak about the price difference on this list!

We will cheat a little bit here and mention two interesting cars that the Pope uses. I will start with the famous Popemobile. Currently, it’s a specially designed Mercedes-Benz M-Class. It costs about $524,000, which makes it mid-range on our list.

But the other interesting vehicle is the Renault 4 employed specifically by Pope Francis. It was actually a gift by a priest. But it suits the current Pope quite well, as he has proven himself to be a very humble person.

Under the red flag

Of course, we have to mention the leader of China. After all, he is quite an important person to at least a quarter of the world.

He rides in the Hongqi Limousine manufactured in China. Hongqi actually translates to “Red Flag”, China being a communist country and all. Ironically, however, it costs just a bit over $800,000.

A royal family on the other side of the world

Being royalty, the family has too many vehicles to mention. However, the Thai King’s favorite, they say, is a Maybach 62 Limo.

For those of you who don’t know, Maybach is actually the exclusive luxury brand of Mercedes-Benz. So technically he too fancied the German automobile heritage. That vehicle costs about $500,000.

The Prime Minister of the UK is the actual most powerful political figure in the country. However, when it comes to vehicles, they can’t beat the Royal family.

The Jaguar XJ Sentinel is remarkable nonetheless. At its $450,000, the car manages to include many special additions. It has a titanium body and night vision, and the glass is also bulletproof. Yes, I know, it’s a Bond car. Well, that’s Britain for you!

So these are our picks for the most remarkable cars used by world leaders and royalties! Which one did you like the most? Our personal favorite is the Renault 4, just because it’s so different than the others. But that James-Bond-like car gets our hearts pumping as well.

And if you are looking for an affordable option to drive in style, don’t forget to check our selection of bargain cars that will make you feel like a million. 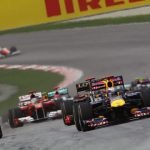