What are some of the pros and cons of self-driving cars and trucks?

How do you feel about the idea of self-driving vehicles? Are you looking forward to autonomous driving? Or does the idea of relying on a piece of software to drive you around make you feel uncomfortable? If you are like me, wary of self-driving cars, then maybe learning more about the new technology will give you peace of mind.

In this post, join me as I delve into autonomous tech and explore the pros and cons of self-driving cars and trucks.

What are some of the pros and cons of self-driving cars and trucks?

Certainly, there are a number of issues that self-driving cars could solve. But as with any new technology, until it is mastered (if it ever is); it creates new issues for society to deal with. Let’s look at the advantages first.

What are the advantages of self-driving cars and trucks?

No one likes traffic jams – that’s a given. So, if self-driving vehicles could solve this conundrum all on their own, they would do an invaluable favor to humanity. It would take down one of the biggest stress contributors on Earth.

By instantly calculating less populated and congested roads around you, self-driving technology could save you time in a traffic jam. It can also cut back on human errors and incompetence that often create road congestion.

Moreover, an autonomous vehicle will have the ability to calculate the time of approaching a traffic light, which would allow it to not completely stop, but rather slow down. This, alongside all other features, should make traffic run smoother.

Just think about this – on average America spends 4.2 billion hours in traffic yearly, according to Sebastian Thrun – robotics scientist and Google X founder. In comparison, it took 20 million hours to build the Panama Canal. Don’t you think that’s a lot of wasted time?

The fact that your ride is taken care of will give you more time to finish something or simply enjoy your coffee, a book, or even a nap in the car. The software takes care of everything for you. Since GPS technology is not always accurate, additional sensors interpret the environment around.

The software can pick on stop signs, cyclists, pedestrians, or anything out of the ordinary. The information collected by the sensors is then processed, transmitted, and applied.

For instance, it detects the cyclist’s hand signal and reacts accordingly. Furthermore, the sensors can identify detours and roadworkers and automatically reroute and adjust the speed. When it comes to four-way stops, you don’t have to see the other cars, the sensors detect them for you and stop.

Decrease in the number of accidents

Take the human error out of the equation, and the number of accidents will decrease. By sensing everything around, following the speed limits, adjusting the speed at all times, not texting while driving, “paying attention to the road”, and taking over the steering, the car can save a lot of trouble for all of us.

According to the National Highway Transportation Safety Administration, in 2019 – an estimated 36,120 people died in traffic accidents, almost all of them were due to a human error.

Imagine this – you get to a party and instead of spending 20 min looking for a parking spot, your car drops you off and heads to a pre-selected parking spot, eliminating the need to waste gas and time looking for one.

According to the consulting firm Ronald Berger, an estimated 30% of congestion in urban areas is caused by people driving around searching for parking. So self-driving cars will not only eliminate the hustle but also the traffic that it creates.

The fuel efficiency comes from advanced calculations. The software in self-driving cars and trucks calculates the time you have to reach another car, light, or intersection and slows down accordingly. That, in turn, allows you to avoid the need for stopping and starting from zero again.

Autonomous tech does not only improve fuel efficiency but also prolongs the life of your brakes and the engine. More than anything else though, it will positively affect our climate and the quality of the air we breathe. Less driving means less pollution because it lowers the impact a car has on the environment.

If the trucks could operate in off-peak and night hours, it would make a lot of things easier. It would lead to less traffic and congestion on the roadways throughout the day, faster shipping times, lower fuel and labor costs, hence lower shipping rates, and increased customer satisfaction.

For Deutsche Post AG and more precisely for its subsidiary – DHL, this is not simply an idea any longer, it is a fact. In an attempt to satisfy their customers, UPS and DHL are considering the possibility to deliver orders directly to the trunk of customers’ parked cars, which will eliminate multiple delivery attempts when customers are not home. Volvo and DHL have already teamed up, making this delivery option available for Volvo car owners. It is the technology that can completely restructure logistics, but it can also negatively impact truck drivers.

What are the disadvantages of self-driving cars and trucks?

Driving is all about the idea of you being in charge, speeding up, or slowing down – being the driver. And self-driving technology will turn us all into passengers. Maybe it is not as scary as it sounds. But isn’t it a little boring? I suspect many a driver will find it so.

The free will factor

And then we need to talk about free will. Classic cars. What happens to them? In a world where the roads are built to recharge autonomous vehicles and everything is calculated down to a second, will you be able to drive your classic car and enjoy it, without creating a mess? I would say no. As soon as a human factor is introduced the technology process falls short because regardless of how good the calculations are, they don’t include free will. Simpler times will not be possible.

Your free will does not fit into a database pattern.

Safety during the transition to self-driving cars and trucks

How do you implement a software-driven car on the road, when there are human-operated cars, as well? As Don Norman, director of the Design Lab at the University of California, San Diego, puts it – “autonomous drive vehicles are a wonderful idea, but the transition from driver-operated to driverless is likely to be filled with accidents.”

For instance, while approaching a traffic light, a self-driving car calculates that if it speeds up a little bit, it will be able to pass through the light. But the driver in the car in front decides to stop because he thinks he won’t make it on time. What do you think the result will be? Accidents.

Because an accident is something unexpected, it will take longer for the self-driving car to adjust itself to the new conditions and react accordingly. Moreover, to react to the human in the other vehicle exercising their free will and judgment. It will be a tough transition.

New rules and regulations need to be created and implemented, in order for a massive project like this to be rolled out. Not to mention the infrastructure needed – new roadways with charging capabilities for the software of the self-driving cars. All in all, a huge expense for any government in any country around the world.

A glitch in the software or anything else that causes the software not to operate the way it is supposed to, such as hacking, could cause a deadly accident. I don’t know about you, but I am having trouble trusting a real driver, what’s left for a machine? Additionally, imagine someone hacking your vehicle? With the most recent advances in technology, we have to realize the dangers as well.

We already discussed all of the positives that certainly affect businesses and customers. But how about the drivers? What do you think will happen when an industry that is heavily dependent on its drivers, decides that they don’t need them anymore?

The logistics industry will have to find a way to not lay off drivers but instead, take a cooperative approach. Maybe it should turn to technology for an alternative solution instead of going fully autonomous. We’ve explored the possibilities in one of our posts – Silicon Valley’s revolution in the trucking industry.

Whether or not self-driving cars and trucks are a good thing, may not be for us to decide. However, the positive impact of this technology is undeniable. Yet, issues are on the horizon as well. Will it solve all of our mobility problems or will it create new ones? This is the question for all of us to consider.

If you think taking labor costs out of the transportation industry will save you money on goods you buy, you better think again. The only reason a trucking company would initiate this technology is to save themselves money. Corporate greed will not allow sharing of this savings. The last thing a company will do with any cost savings is pass it down to the consumer. The devastation this will have on the economy will reach further than the driver. Think of everyone from the service industry to law enforcement and compliance. There will be no need for dispatchers, driver managers, safety directors, truck stop restaurant and convenience stores or even DOT compliance officers like we now know them. I don’t know why tech companies are so hell bent on autonomous trucks when the thousands of other jobs more easily converted to autonomous status. We have self driving trucks but forklifts still have an operator and hamburgers still don’t flip themselves. So I have to ask. What’s the REAL agenda? 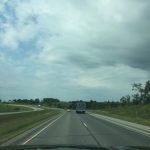