Moving to New York City? You need a guide! 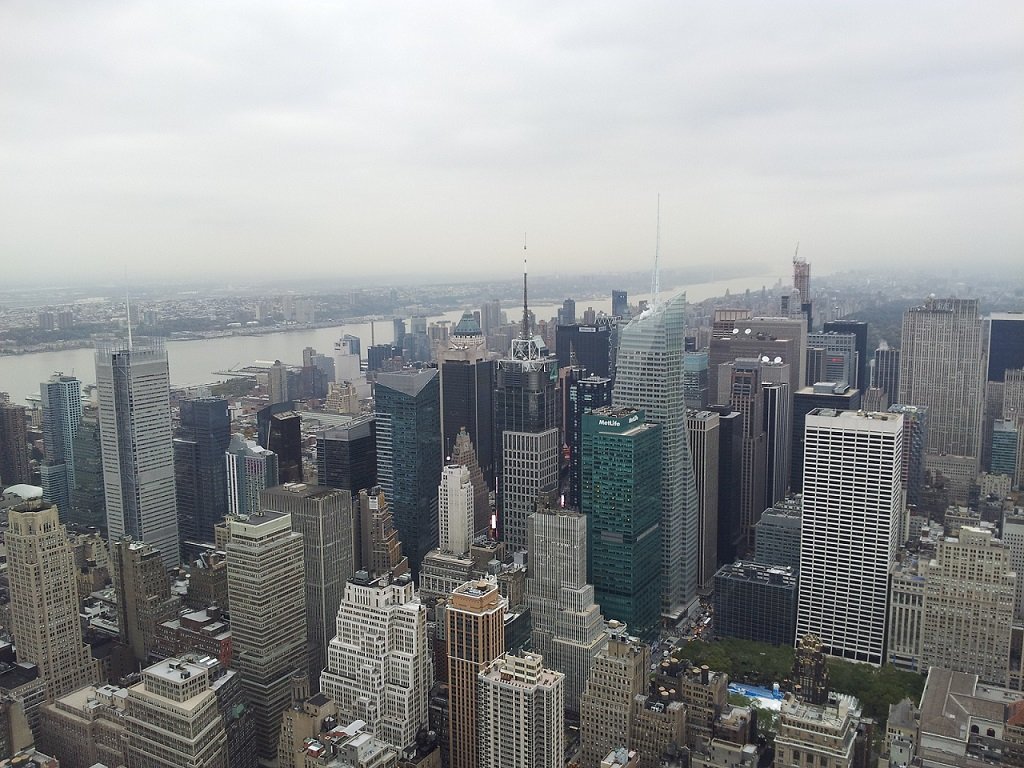 Some people dream about New York, while others hate it. I would say trust your guts. If you have made up your mind and plan to relocate to New York City in the near future, congratulations! New York is one of a kind city. It can make anyone feel special, young and alive. Yet, moving can be stressful so you will definitely need a guide.

Let’s start with the cost of living. You most probably know already that the living costs in NYC are very, very high. So, unless you relocate let’s say from Los Angeles or San Francisco, you will for sure be rolling your eyes a few times a day, the first few days of living there until you realize how expensive it actually is. The prices of food, housing, clothes, transportation, personal care, and entertainment will vary of course based on the exact location and your preferences.

As of July 2015 however, we can break down some average costs:

Prices and tables as seen on www.expatistan.com.

Furthermore, property tax rates usually range from about 10% to 17% depending on the type of property you have. The income tax rates range from 2.907% to 3.648%. The sales tax is a combination of city and state as well as of Metropolitan Commuter Transportation District (MCTD) surcharge. So, the total sales and use tax rate in New York City is 8.875%.

You might want to take a look at each neighborhood to decide which one works best. Depending on your purposes of moving to New York, you might want to find housing in a quiet and safe neighborhood that has different school options around if you move there with kids. Or you might want to look for a neighborhood that is full of bars and cafes if you move there alone and want to make new friends and want to enjoy the nightlife. It really depends what you want from a certain neighborhood, so I would advise you to pick 2-3 neighborhoods that best fit your lifestyle before even looking for housing options. Because let’s face it, no matter how much you end up liking an apartment, if the location is not good for you, you will eventually end up hating the place and relocate again.

Be careful when you read terms like ‘cozy’ and ‘unique’ about the place you want to rent or buy. A cozy or unique apartment will definitely not be like you imagine them to be, so it will take time until you find the right place for you. Just be patient.

If you’ve ever been to New York, you most probably know that the fastest mode of transportation is the subway, which runs 24/7 every day of the year. Besides being the fastest way, the subway is the most economical way and you can basically go anywhere in the city. Find more information about rates and routes on the MTA website.

Walking is very popular too. In fact, New York City is known as the ‘world’s greatest walking city’ as you can go anywhere you want by foot and explore all five boroughs. Besides being the cheapest way of traveling, walking is great for your health as well, so if you are not in a rush and want to just stroll around the city the first few days, I strongly recommend doing it.

You can also use buses and cabs

But they will most likely get stuck in traffic jams like they usually do. With approximately 10-15 dollars you can go anywhere in Manhattan for example, and if you are going to share the cab with your group of friends, it will be even cheaper. Another great option is Uber.

Whether you are looking for a job as a lawyer or as a server, there are plenty of job opportunities in New York. But don’t expect to find a job as soon as you set your foot there. It is going to be rough in the beginning unless you have a job already waiting for you. You will have to search and search a lot and keep your hopes up. Competition is very high and in order to land a job in NYC, any kind of job, in fact, you have to prove yourself worthy and work hard to keep it. They don’t say “If you can make it here, you can make it anywhere,’ for nothing.

On the bright side, however, New York’s job growth rate has been going up in 2015. According to the National Recruiting Group:

“For the first time in the last three decades, New York City is going through its fastest job growth rate. However, the majority of the jobs that are currently being created and offered are in the low-paying industries. In the last quarter of this year, the city has further added nearly fifty thousand new jobs, mostly in the private sector. This is one of the city’s all-time records in creating jobs, and that is an increase of over five percent, which is the highest since the beginning of 1990.”

NYC is home to the Times Square, the Empire State Building, the Statue of Liberty, Central Park, Rockefeller Center, the Museum of Modern Art (MOMA), Radio City Music Hall and more. One thing is for sure, you will never ever get bored in that city. There is always something happening and trust me until you get used to New York City’s craziness, you will feel overwhelmed by all the events and things happening in every corner around you. And whether you already have friends or not in New York, you will for sure make new friends if you are a social person and you want to share your hobbies with like-minded people.

What’s more awesome is that there are various events, places, and museums like MOMA which is free from 4 pm to 8 pm every Friday. At other museums like the Bronx Museum of the Arts and The Museum at the Fashion Institute of Technology, you can always enter for free which is pretty cool. You just need to pay a little attention to what days of the week and what times you can go free at different places and events.

This was our little guide to the big New York City

If you have a vehicle or several vehicles that you need to relocate to New York, you can contact us and we will make sure to help you with that. Thanks!

Road rage bigger when the vehicle is bigger Prev post
Why are trucking companies being sold out? Next post
GET A QUOTE
CALL NOW