“It’s an odd thing, but anyone who disappears is said to be seen in San Francisco. It must be a delightful city and possess all the attractions of the next world”.

Indeed, over the years San Francisco has been attracting attention by providing diversity, entertainment, beautiful sunsets, and memorable landmarks.

If you are an Angeleno, you will find all this familiar. Yet, there remain some helpful things you need to know before moving from Los Angeles to San Francisco to make the process as smooth as possible.

San Francisco has a warm Mediterranean climate, without many drastic changes in temperature, unlike in Los Angeles. The winters are warmer and the summers are cooler. Fortunately, you will not end up reminiscing about your sunny days in LA. You will get more than 200 days of sun in San Francisco too.

It can get humid and foggy in SF. However, you will not feel it as much, due to mild temperatures characterizing the North Pacific coastline. The moment humidity drops from 75% to 15% though, you will feel your hands getting dry. Thus, a good piece of advice, in this case, is to always keep a hand lotion with you. You never know when you might need it.

San Francisco is definitely an iconic place to move to. However, in comparison to Los Angeles, the city is considerably smaller. With a surface area of 46.89 square miles, SF is ten times smaller than LA. The city is home to around only 860’000 people, compared to almost 4 million of LA inhabitants.

It is important to keep in mind the size of the city and its population, so you can best match your future neighborhood with your finances. Doing thorough research before choosing your neighborhood can surely help.

Each neighborhood in San Francisco has its specifics, which will eventually impact your cost of living. During the gold-rush city period, SF only had the central business district, the financial district, North Beach, and Chinatown. The rest were residential areas, which have gradually expanded with new buildings over the years.

The most expensive neighborhoods remain Pacific Heights, Cow Hollow, and Russian Hill. Whereas the most affordable ones are Ingleside Heights, Hunters Point, and Bayview. As the population density increases though, there is an upward trend for the home sale and rental prices.

Los Angeles is considered one of the most expensive cities in the United States. Yet, San Francisco beats it. It is generally 35.6% more expensive than LA, with health, housing, and food being among the major contributing categories.

Moreover, eating out can also be quite expensive, which is why many residents settle for home-cooked meals. Yet, their food budget is 16% higher than the national US average. Income tax is also among the highest in the country, reaching up to 12.3%, depending on your income.

The good news is that the median income in SF is 76% higher than in LA. This means, that with a good job, the higher living costs can be handled properly while enjoying the premium SF life.

San Francisco may seem small, yet it manages to employ almost all of its inhabitants. Its current unemployment rate is 2.3%, as compared to 4.2% in the state of California, or 5.1% in LA.
This means that your chances of finding a job in SF are better than in Los Angeles.

The major industries which employ most of the population in SF are service industries such as the financial sector, health, IT, and hospitality. Thus, if your area of expertise is within these sectors, moving to The City by the Bay may result in a positive life-changer for you.

As a tourist, the best way to get around San Francisco would be by foot, or by the bus and metro transportation system. In LA, this would not be such good advice, due to the larger area, as well as limited public transportation.

However, as an inhabitant, I would recommend that you bring your car with you, as you may need it to commute to work or take weekend road trips. In this regard, you will love the fact that traffic in SF is not as bad or unpredictable as in Los Angeles.

Bringing your car to San Francisco

When moving from Los Angeles to San Francisco, you can use two main options to transport your car. One is to drive it yourself, and the other one is to hire a car shipping company. The advantages of the second option consist of saving your vehicle additional mileage and preventing any potential damage during the road, for example. Shipping your car from LA to SF will give you peace of mind and save you time so that you can start enjoying The City by the Bay sooner.

Corsia Logistics, a five star rated company, offers its experience and expertise in auto transport to best meet your needs. Our vehicle relocation agents are determined to assist you in delivering your car safely and efficiently.

Unless you’re looking to transport a luxury or highly valuable vehicle, we recommend open carrier transport, which is also less costly. If you would like to get a realistic market quote or advice on shipping your car, do not hesitate to call us at (818)850.5258, or drop us a line in our live chat. 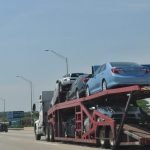 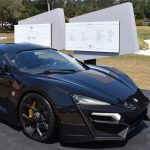