We have come to the point where we have to make a choice. The effects of global warming are getting more and more apparent. It is getting harder to breathe the air as well. So do we continue using technology or do we decide to save nature (and ourselves)?

To be honest, that is a false dilemma. We have to do both. But we cannot simply expect larger corporations and the government to do the right thing for us. We are all in this together and small decisions can lead to large-scale impacts.

It is time to look towards each person’s responsibility to decrease their own carbon footprint. Today, we are going to see how we can do that when it comes to driving (and possibly buying) your vehicle.

How big of a deal is car pollution?

When you are considering a problem it makes sense to figure out how severe it is. Sadly, there is a lot of misinformation out there. It is bad, because it may leave people confused, which often leads them to inaction. So let’s start by busting a couple of myths.

You may have heard that cars’ contribution to air pollution is not that big. There is this notion that vehicles are only one among many sources that emit harmful chemicals into the air. But this is misleading.

It is true that there are many different things, which pollute the air at any given time. However, this does not counter the claim that cars are the major source of air pollution in cities. The data points to 50-90% of urban air pollution being caused by vehicles. That is a significant number.

Is this pollution minuscule in the grand scheme of things?

Some people claim that although cars do pollute the air, this is of no significance. They would say that changes in carbon emissions are so minuscule that they cannot affect the planet. This is faulty reasoning.

Firstly, carbon emissions are not the only problem. Walk around a big city and then walk around a rural area. The difference in air quality is staggering. This alone should be quite striking, even if car pollution does not contribute to global warming all that much. Which it does. Because, secondly, small changes do tip the balance.

A one- or two-percent change in the balance of carbon in the air can cause significant issues. To put it in perspective 101 lbs of anything is more than 100 lbs. Is it by much? No. Can it tip the scales? Obviously!

What are the adverse effects of vehicle pollution?

You may now understand that car pollution is a thing. Sadly though, most news and science outlets focus too much on the data and too little on the actual consequences. People have a hard time comprehending numbers. Yet when you show them something tangible, they get it.

I have already mentioned the clear difference in air quality. Particulate matter from exhaust fumes is the major cause here. We breathe that and it leads to a lot of respiratory problems. For example, particulate matter worsens asthma attacks. It can also cause cardiovascular problems and many other adverse health effects. Sadly, that is not all.

Cars also emit hydrocarbons. It does not sound all that scary, right? Compared to horrifically sounding chemicals, these ones are almost trivial. Unfortunately, they are quite the serious matter. These substances again hinder the respiratory system, but they go even further by reducing lung capacity. So not only is it harder for you to breathe, you also get less oxygen out of it.

You have to know that there are many more harmful components that get exhausted by vehicles. I cannot cover even half of them here. Their effects range from harming the immune system through organ failure to cancer. So even if you do not care about the environment at all, you should at least care about your health.

Are there realistic ways to reduce your carbon footprint?

Let’s be completely open – it is unreasonable to ditch vehicles altogether. They are the backbone of most industries and we cannot function without them. So it makes sense to figure out smart ways, through which to reduce their use.

An obvious suggestion is carpooling. While it deserves a mention, I think it is a bit unfeasible. Don’t get me wrong, it is great if you can make it work. Sadly though, for a lot of people that is too much of a challenge. Organizing other people often wastes you a lot of time.

What is a better option? Switching your car for a bike on days when the weather allows. And yet, it is still not among the most convenient. For some of us, there is the issue of storing the bike. Plus, your fitness may not be up to par in the beginning, which can actually be a health hazard of its own. These are only a couple of the drawbacks, among several others.

More costly options include switching over to EVs. However, electric vehicles may not be a good solution either, at least not yet. They are also too much of an investment as of now. Not to mention that the manufacturing process for their batteries contributes quite a lot to carbon emissions.

Does it all seem rather pessimistic already? Don’t worry, things are not that grim! I believe we can have an actual effect on pollution by shifting our mindset a little bit. A few simple things can go a long way.

The long distance transport of your car

There is an obvious thing – the more you drive the more emissions there are. The good news is that the opposite is also true. Because of that, it makes sense that longer trips should better be avoided. But this is not possible most of the time, so what can you do then? Let’s consider a couple of solutions.

If you are moving across the country or just going somewhere far away for a prolonged period of time, it makes sense to NOT drive. For a trip longer than 200 miles you should consider shipping your vehicle.

Now, car carriers exhaust fumes as well, so how are they any better? Well, multicar carriers can transport up to 9 cars at a time. But a single carrier contributes significantly fewer carbon emissions than the vehicles it carries combined.

Furthermore, big commercial trucks have to follow strict rules regarding their emissions. Similar regulations apply to smaller vehicles too but are less demanding. For example, a car with a diesel engine may end up with more harmful emissions than even a bigger truck!

It is obvious that for long-term moves the responsible option is picking a car carrier. However, if you are going on a trip for a couple of days, it does not make sense to use car shipping. For such occasions, you should think about public transport. If you can get somewhere by train, that is one of the cleanest ways to do it. But even a bus will be better than just driving.

Buying your next car

One of the major things you can do to decrease your carbon footprint is to choose your next car carefully. You may want to wait a couple of years more to do it, or actually, consider buying a used one. Why? Because the carbon emissions for manufacturing a new car are the same as driving it for 100,000 miles (or 5 years on average).

If you do the math, you can easily see why keeping a car for 7 or 8 years is better than driving it for 5. That way you will be decreasing the car’s footprint by a third. There are not many other things that have such a serious impact.

But when it comes to buying a car, you can do even better. For starters, you should consider a smaller and more eco-friendly vehicle. Or as I have mentioned, you can go the used route. Or both.

Keep in mind that much older vehicles are not good for the environment. They use up more fuel and have worse emissions. So is there an optimal solution? In fact, there is – you can buy a used newer model, which has far fewer emissions. Make sure that you do your research properly by looking out of state as well. That way you can find great deals and get a better car for less money.

However, if you want to go even further, you can buy used AND get it shipped to you. If you buy the car from another state, or maybe even across the country, we are here to transport it. You will not have to drive it and thus you get your carbon footprint even lower.

So if you are in the market for a new vehicle, look for it online and get your free car shipping quote from Corsia Logistics whenever you want. 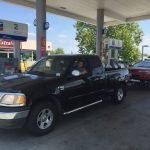 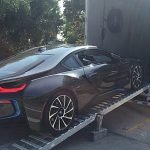