Most years throughout history fly by without anything remarkable. But some… some are filled to the brim with events that change the course of humankind altogether.

The year 1961 was one such. It has brought many changes to the world. Yuri Gagarin, a Soviet cosmonaut, became the first man in space. John Kennedy took office as the 35th president and  committed us to “landing on the moon by the end of the decade”. The actions of a UK lawyer, Peter Benenson, gave birth to Amnesty International and a global movement for human rights. In Germany, construction of the Berlin Wall – a symbol of a world divided – began.

Politically, socially, and economically the world was moving at a warp speed. And Bavarian Motor Works had its own history in the making – BMW 700 RS – the apogee of German engineering back then.

What is the history of BMW?

Let’s start from the beginning though. Bavarian Motor Works or Bayerische Motoren Werke was born on March 7, 1916. The company started off manufacturing aircraft engines. After World War I, the Treaty of Versailles limited German aircraft manufacturing. BMW had to adapts, so they expanded production to motorcycles. Thus in 1923, the world saw the revolutionary twin-cylinder R32 motorbike. In fact, the new motorcycle was so efficient that the 1923 motorbike concept is still used in modern day BMW motorcycles!

Yet it wasn’t until 1928, when the company acquired the Automobilwerk Eisenach, that the miniature BMW Dixi – the company’s first automobile – hit the trail. A new era for the manufacturer began!

Officially, BMW’s romance with racing commenced on June 14, 1936. Then Ernst Henne drove a BMW 328 to win in the Eifelrennen race at the Nürburgring in Germany. Then plenty of other victories followed. And then, World War II hit!

Following the war, the Allies took control of the BMW plants and dismantled them. The company had to produce pots, pans, and other kitchen utensils only to stay afloat until it could reinstate assembly of cars and motorcycles in the early 1950s.

In 1951 a roomy 501 model debuted in the post-war market. Shortly after came the 502 with its light alloy V8 engine. In 1955, the quirky Isetta won the hearts of the public. Then in 1958, Ernst Hiller drove the classy 507 roadster, bringing the BMW a triumphant win in the Austrian Grand Prix.

But all that was not enough to help the company recover from the post-war depression. The sales weren’t substantial enough. The automaker needed a miracle to survive. And it got one!

BMW 700 – the car that turned BMW’s fortune around

The 1959 BMW 700 came to rescue. It looked nothing like its predecessors – minimal in its design and easy on the pocketbook. The rear mounted, air-cooled boxer twin originally had 30 horsepower. It was the most robust engine BMW could supply at that time. The car’s new lightweight technology provided the qualities required for good acceleration, with top speed of 78 mph and good hill-climbing performance.

Debuting at the 1959 Frankfurt Auto Show, the car quickly gained popularity with the German public. People saw a low-cost alternative to the ubiquitous VW Beetle. The company sold more than 35,000 BMW 700 units in 1960, which accounted for 58 percent of total revenue. Finally, luck was on BMW’s side.

The car’s featherlight, aerodynamic body was its gateway to the racetrack. In 1960, the fast coupe brought home both gold medals and titles. Needless to say, as the car’s popularity skyrocketed, so did the demand for a more powerful engine.

The 700’s racetrack success inspired BMW engineers to build a car specifically for racing. The idea of the BMW 700 RS came from Heinz Eppelein, an engine development specialist. Determined to make the idea a success, some of the best engineering masterminds chimed in – Ludwig Apfelbeck, Willi Martini, and Alexander Von Faulkenhausen.

Baron Faulkenhausen, an ex-bike engineer with first-hand experience in racing, was the backbone of BMW motorsports efforts and led the company’s racing department until his retirement in 1975. Though on small budget, the team still managed to hand-build two 700 RS roadsters in just four months.

The new racing car borrowed its axle from the existing 700 Coupe together with the rear window, which here was used as a front windshield. Headlights and rear lights came from Bogward Isabella, and the Amadori magnesium cast wheels were from Italy.

Rainer Furchtenicht and Gottlieb Koch welded together a steel tube chassis frame, which later was dressed in a beautiful aluminum body shell by Willi Huber. Ludwig Apfelbeck did his magic converting a motorcycle-based two cylinder of only 697 cc into a tire-burning Kettenhund.

Only two BMWs RS 700 were ever built – chassis #1 and chassis #2. The roadster made its first public appearance on June 18, 1961, at the Rossfeld Hillclimb Race, where it rivaled with the likes of Porsche Spyder and Porsche RSK.

The petite RS 700 was minimal in its design, but deadly in competition, bringing BMW numerous victories on the track. Both chassis were raced extensively. The RS 700 was driven by Stuck, as well as von Falkenhausen himself, Heinz Eppelein, and Heinrich Hülbüsch. Hubert Hahne had this beastly roadster to thank for the majority of his victories.

While we are at it, we have to note that Germans never stopped producing groundbreaking cars. Check out another one here: The low-key supercar Audi R8!

Both RS units were eventually sold to Willi Martini. He competed briefly before retiring both chassis in long-term storage.

In the early 70s, the chassis #2 was bought back by BMW, restored to its original condition, and is available for viewing at the BMW Museum in Munich today. Martini sold chassis #1 as well. It was bought by a private collector from Minden, Wolfgang Franz.

Across the ocean, in Atlanta, Georgia, Elliot Butler made it his lifetime dream to one day own the BMW 700 RS. After having located his long-desired car, he spent a year and a half negotiating back and forth with Franz. Finally, in 2000, the car sailed for Georgia, where Elliot refurbished it and started the engine for the first time after long 14 years of stillness.

Chassis # 1 changed hands once more, and now rests in a remote shop in Southern California. Its current owner prefers to stay anonymous and refers to himself as The Collector. The RS ownership came with one condition – the car must remain in the hand of an enthusiast, it can never be sold back to BMW.

The RS 700 chassis #1 is a true gem of only two ever made. This masterpiece of German engineering was once the fastest, best looking, and sharpest handling car on the track. For many, it ignited their love for motorsports and automobiles in general.

Getting close to the legend of BMW 700 RS

Today, Corsia Logistics gets to be a part of this car’s history. We felt humbled when the current RS 700 owner approached us to arrange shipping of his historical treasure to Le May – America’s Car Museum for the Heroes of Bavaria: 75 Years of BMW Motorsport. Transporting the petite 700 RS meant transporting a unique piece of BMW’s history.

The unique roadster traveled in a fully enclosed trailer, carefully handled by our team of auto transport professionals. It arrived intact at Le May – America’s Car Museum, where it’ll be admired by those who share the passion for the BMW brand through May 2019.

Did you know that we also had the pleasure to see another unique vehicle of BMW make? Though that one has a completely different story. One can even say it’s almost mythical. Check it out here: Rusty Slammington – the undying driving machine! 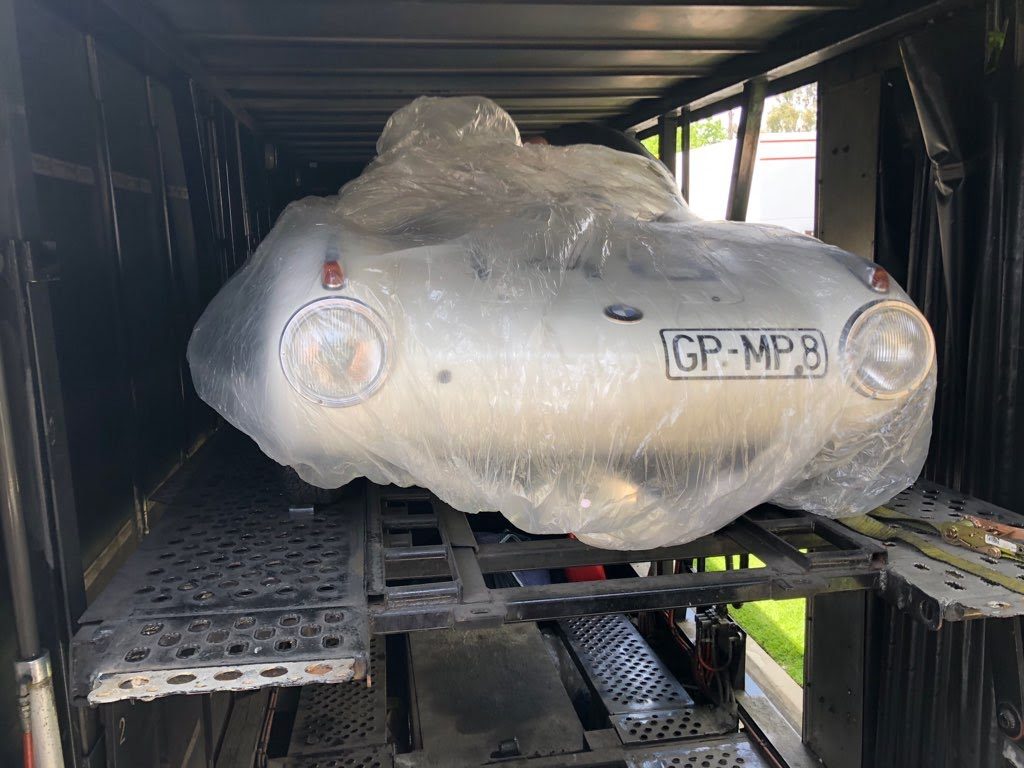 Pros and cons of long-distance road trips Prev post
How much does a classic car cost? Next post