Why Auto Transport Monopoly is Bad for You

Auto transport is one of the most swiftly growing industries in the United States. The dynamics of the industry has shifted tremendously in the past century.  The cost-leadership from the glorious days of the Ford domination is now gone. It is being replaced by leadership in technology, design, or manufacturing brilliance. The industry is moving forward to satisfy the growing demand in all possible ways, leading to a market of mass customization. Yet, something seems unfair to the consumer.

Today, the US automotive market is heavily dependent on the auto transport industry. The competitive environment is evolving with the development of the market. Kirk Williams, chairman of the Auto Haulers Association of America (AHAA), says companies have come a long way since the tough years and business failures in the carrier industry during 2008. Today, he says, car haulers are focused largely on organic growth.

Naturally, this would mean that more and more companies want to enter the growing market. At the same time, companies already established in the market want to grow, too. If everyone played fair, this would lead to heavy competition and a variety of offers and prices for customers. Yet, there are reasons why the transport industry has long been classified among the “natural” monopolies requiring a high degree of regulation.

The habit of auto transport companies to play under the table seems like a persistent tendency. We saw more than one or two cases of monopolistic agreements between shipping companies in the past years. Numerous complaints were sent in, claiming that big companies sought to suppress competition in the car shipping market.

It is usually big companies that want to eliminate competition. This occurs because large companies are often scared of the flexibility that their smaller rivals can offer. The more options people have, the less likely they are to choose either one in the market. That’s why they choose to stick together instead of making customers a priority. Even worse, they choose to break the law to protect their profits.

If companies want to ignore the law, they could come up with endless amounts of illegal activities. There is nothing that stops the evil mind, as they say. When the competition starts increasing in one horizontal layer of the supply chain, companies start feeling threatened. This is when they initiate the first attempts at negotiation.

Their common aim is to divide the sales market, make excessive profits, and maintain or raise freight rates with mutual agreement. These discussions usually occur in bilateral or multilateral communications via telephone calls, meetings (both formal and informal), dinners, and emails. In each meeting, virtual or in-person, companies talk about a few irregular activities that would get them to their goals.

It is quite often that car shipping companies agree to fix prices on a certain international route. Such was the case with Wallenius Wilhelmsen Logistics AS, one of the world’s largest carriers with roll-on, roll-off cargo services. The Norwegian carrier entered a conspiracy with other shipping companies to fix the price of the automobile shipping to and from the Port of Baltimore. The case ended with a fine of $98.9 million for WWL.

When companies inflate and fix shipping prices, the higher charges are passed from automakers and dealers to the consumer. This only leaves the consumer with much higher bills than normally. So they are paying for companies’ illegal agreements without even knowing it.

There was such an example a few years ago. Several major shipping companies were accused of price fixing in a civil lawsuit in the U.S.  The shippers were accused of taking part in a scheme to “fix, raise, maintain and/or stabilize prices” that lasted at least five years. The companies involved in this case of illegal conduct are said to control over 70% of the global shipping market.

Bid-rigging is one of the most common practices of illegal monopolistic conduct in the auto transport industry. In scenarios of bid-rigging, companies involved in a monopolistic collusion agree on price rates that help them win over competitive shipping companies. Their collusion is based on the exchange of sensitive information. One of the most notorious cases that involved bid-rigging among shipping companies was revealed a few years ago in China. In 2015, the National Development and Reform Commission (NDRC) imposed penalties totaling Rmb407 million on eight international roll-on/roll-off shipping companies. This was the first international shipping company monopoly case.

Bid-rigging involves price fixing and market dividing. Companies agree to respect each other’s pre-existent routes and business. Thus, they would make an offer only for the sake of appearance in front of the client. Yet, their quote or offer will be at a higher price in order to help the particular business score the client. The remaining parties get compensated in various ways. Sometimes they might even get a portion of the winning sale of their co-conspirator.

Monopoly and the Consumer

How do cartel agreements benefit the customer? They really don’t. Customers usually believe they getting the best possible price. No one is stating a higher offer after all, so this must be the best one, right? God forbid this is someone’s first time shipping a car! It only seems like s/he is getting a deal. Because the price serves the shipping company quite well. The company takes as much as it can out of its share of the market. Next time the other company will be in the same situation, and they would also fail to offer a deal that would be most beneficial to the consumer. So they would get their share of the market, too. It seems like everyone is happy. Except for the customer who is not really given a choice.

Price fixing, bid rigging, and other forms of collusion are illegal and are subject to criminal prosecution. They restrict and work for the elimination of competition in the market, thus damaging the interest of all other companies. Government authorities, along with FBI Antitrust Division work for ensuring the integrity of competition in the industry on local and international grounds.

The Need for Auto Transport Companies

It is very often that only the companies that suffer from monopolistic conspiracies realize the harm they cause. But what does this mean for the clients who don’t suspect a thing?

When big companies collude, they decrease the number of companies a client can choose from. Thus the variety of offers for him is limited. The market will remain monopolized and prices will be dictated by a handful of companies. Fewer companies on the market would mean more expensive car shipping service.

With constantly increasing prices for the client and the more cases of price fixing we see, the public will lose its trust in the industry. Thus, this will decrease the demand for auto shipping. Eventually, big companies should realize they have supply surplus that they cannot distribute. They will have to make cuts, reduce the business size, etc. This is the time when they would want to bring back the competition they worked so hard to eliminate.

However, the competitive process only works when competitors set prices honestly and independently.

This is why the market relies on the existence of small companies. They move the industry forward. Otherwise, there would be conspiracies among the few left. And they would bring nothing but lies to the customer.

This is why big companies are afraid of their small competitors. Because they work for the client. They are the ones who realize that a satisfied client is a loyal client. Small companies build relationships on trust first and then on transactions.

Monopolistic conspiracies usually run for a long time before someone casts a doubt on the situation. Very often they will erase any evidence of their illegal behavior. They delete emails as soon as they read them and delete their call history right after they hang up. They even refer to each other with code names! This creates huge difficulty for authorities in their investigation, and a process could take up years to reach an end.

So the pressure this hidden behavior puts on consumers is enormous. Do you have to be suspicious of every shipping company you encounter? No. But you have to be aware during the whole process of selecting a shipping company you can trust. It is unrealistic for one company to claim and be the best in the industry. It’s crucial for you to pay attention to every detail about the companies you get quotes from. You need to understand what stands behind a fair and realistic price. A price that is the golden middle – a price that is neither too low nor too high.

If there is one main thing you can learn from this post, here it is: Don’t choose a company solely based on the price.

You see now, big companies can easily fix prices among themselves. But what you need beyond a fair price is good service – affinity towards your car, understanding of the car models, caution in the whole process, and a satisfying result. This is what distinguishes a small company from a big one. So here it is:

The people that run it, the people that take care of your vehicle. Choose a company that will treat you with respect. Yet, make sure they have experience and know their process. Your best bet will be to select the one with a proven record of shipping vehicles in a timely and professional manner. 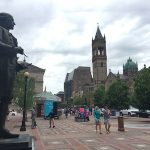 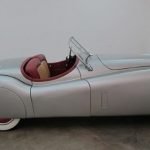