Moving to Boston Guide and Tips 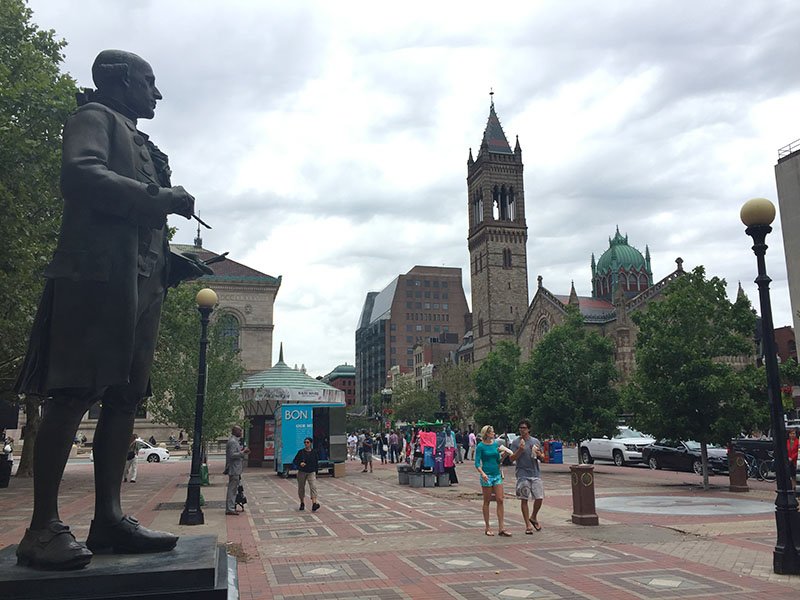 I remember my amazement when I first visited New York City. I understood right away why most people dream about living there. And then I took a trip to Boston, and New York was soon forgotten.

If I were to pick between the two I would always choose Boston, without hesitation. I don’t know why exactly. Maybe because Boston is smaller and very European. Or maybe because Boston is so much cleaner and people there seem friendlier. Whatever the reason might be, I just know that all Bostonites should be grateful for living there.

And if you are a soon-to-be Bostonite, you should know that I am very, very jealous of you. Now let me tell you why.

Before you move to Boston remember:

They call it The Walking City 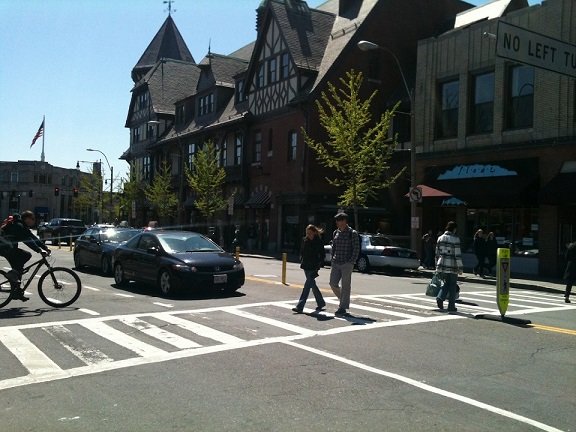 Due to its high-density nature, Boston is known as ‘The Walking City’. According to Wikipedia, Boston “has the seventh-highest percentage of pedestrian commuters of any city in the United States, while neighboring Cambridge is the highest.” Well, it surely can’t compare to most European cities, but still, for the US this is a huge percentage.

Boston is a sports town

Some say it’s hard to find a city that takes more pride in its sports teams than Boston. And no wonder. According to a study released by The Upshot in 2015, Boston’s four major teams have won championships in ten percent of total seasons they have played since 1965.

Bostonites are one zealous bunch of fans. If you appear wearing your Lakers or Yankees gear, expect to be ridiculed. “I’ve had numerous friends who will stop on the street and yell “Yankees suck!” at strangers wearing New York hats and shirts. They’ll literally be in the middle of talking about puppies or rainbows and then they’ll turn, vitriol spewing from their gnarled mouths, yell “Yankees suck!” with a vengeance and then turn back pleasantly to the conversation at hand. That’s how innate this stuff is”, shared Karen Noble of “Thought Catalog.”

Founded in 1950 by William Rosenberg in Quincy, Massachusetts, Dunkin’ Donuts has grown to be one of the biggest coffee and baked goods chains in the world. Many people prefer Starbucks today, but they have probably simply never tried Dunkin Donuts. It is pretty good!

The city is very liberal

Massachusetts was the first state in the US to legalize same-sex marriages. Boston and neighboring Cambridge received a 100% rating on the Human Rights Campaign’s Municipal Equality Index in 2013.

Many people find Boston accent quite amusing and almost impossible to imitate. In fact, the accent is so peculiar, it inspired Seth Meyer to create a faux-trailer for his “Boston Accent” movie. Also, if you want to be in on the latest news around town, you might want to learn some Boston slang.

July is the warmest month, while January is the coldest with temperatures tending to go below freezing point. Boston summers are usually rainy and humid, while winters are snowy most of the time. In recent years, Boston and Cape Cod region have seen very cold weather and snowy days. 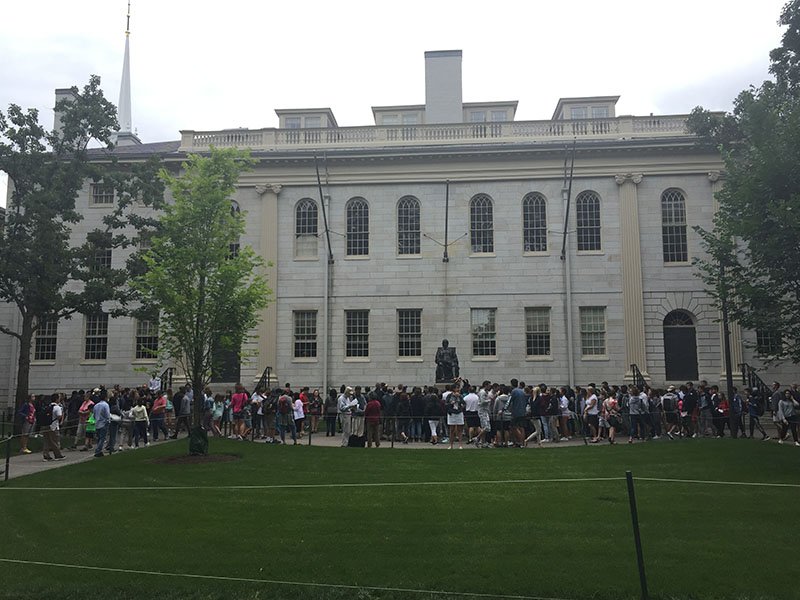 Boston is the birthplace of public education in the United States.The city takes pride in its education, hence the schools are well regarded (and funded). In fact, federal stimulus dollars allowed the Boston Public Schools to create Parent University to deepen the home-school connection.There are 134 public schools in Boston. The city is also famous for its elite universities like Cambridge, MIT, Boston University and, of course, Harvard. Need I say more? The city is buzzing with highly intelligent students, so bring your dictionary along!

Another reason why I love Boston over New York: if a pedestrian decides to cross the road even when there is a “Do Not Walk” sign, cars will always stop. Always. Also, Bostonians consider honking at pedestrians quite inappropriate. You can only dream about these two unwritten ‘rules’ in New York City.

Boston was founded in the 1600s, and it is one of the oldest cities in the US. According to the local folklore, the city streets were built where the cows roamed, but I am sure there are other reasons for its chaotic layout. And don’t worry if it takes you too long to learn the neighborhoods and the boundaries.  Even locals have a hard time defining where one neighborhood ends and where the other one begins. With its 21 neighborhoods, Boston regards itself as ‘The City of Neighborhoods’.

Check out this Boston neighborhood guide from Thrillist. It includes community demographic profile, public transit situation, access to shopping and restaurant among other things.

The other day, I stumbled upon an article about Boston housing. Apparently, finding a house to rent or buy in Boston is getting harder and harder and also a lot more expensive. Honestly, just like in most other bigger cities in the US. But the difference is that in most other cities you can still find properties, while in Boston the lack of such is obvious.

“Sales of existing homes in January were down 17 percent from a year ago, according to the Greater Boston Association of Realtors. That has more to do with extremely tight supply than anything else. The number of listings in January was 24 percent lower than a year ago, and that pushed the median sale price higher by 3.4 percent.”

According to the article, the situation is not going to change much in the near future, so if I were you, I would postpone my moving plans if possible. But don’t wait until September 1. If you pick September 1st as your moving day, I’m sorry to say this, but it will suck. Big time. And do you know why? Because on September first, all the students move to Boston. By all, I mean thousands of students move and they all think September 1st is the best date. So, try to avoid this date.

September is the least favorable month to look for housing because Boston real estate market is entirely based on a school-year schedule.  Because of this, housing prices are pretty high starting September 1st and that is why I would suggest you find housing during the offseason. July and August are the best months to find great apartment deals.

Also, make sure to check Boston Housing Authority website, which gives great information for students who want to live off-campus and are looking for housing options in Boston.

Cost of Living in Boston

The good news is that if you relocate to Boston from New York City, Los Angeles, or San Francisco, you will obviously find Boston cheaper. If you’re not relocating from any of these cities, you might be in for a shock. The cost of living in Boston is pretty high compared to other smaller towns. In fact, Boston cost of living is 30-50 percent higher than the nation’s average. Housing cost, for example, is 50 percent higher compared to the United States average. And so are the energy costs and health care.

It is hard to calculate monthly expenses as it varies from neighborhood to neighborhood. But if you make smart choices and find an affordable place to live, you will for sure save a lot of money. On this website, you can approximately calculate the Boston cost of living and here you can find more information about Boston taxes.

Living in one of the best cities in the US comes at a price. Literally. But on the bright side, Boston has plenty of job opportunities. So once you’ve settled and found a steady job, the cost of living will soon stop being a problem.

There are lots of job vacancies for students in Boston if you are going to study there. Still, if you are a professional, be prepared to face a lot of competition. There are many students who decide to live and work in Boston after graduation, and this makes the market very competitive. Many find jobs even before they graduate, so keep in mind that it may not be easy to land your dream job in Boston.

Check out the Boston Career Center and Monster as they are among the best sites to look and apply for jobs in Boston. Local newspapers are useful too, and you can find their job listings online as well.

Walking, as I mentioned earlier, is very popular in Boston, but so is the Massachusetts Bay Transit Authority (MBTA). It makes 1.3 million passenger trips throughout the city every day. MBTA’s most popular services are buses and trains, which are as well the main mode of transportation in Boston. Are a night owl and like to go out a lot? You will have to opt for a cab most of the time. Sadly, the train, widely known as The T, closes at 12:30 a.m. You see, Boston unlike New York does sleep.

The Freedom Trail, Boston Public Garden, Quincy Market, Boston Tea Party Ships and Museum, Boston’s Museum of Fine Arts, Skywalk Observatory and Boston Harbor Islands are some of the best places to visit. And let’s not forget about the Cape Code peninsula, which is only 60 miles southeast of Boston. A must see in the summer!

Shipping a car to Boston

Are you planning on bringing your car to Boston when you move? Although some may say you can easily get away without a car in Boston, the last word is yours. A lot depends on your work situation and lifestyle. For example, If you are planning on living and working downtown, then having a car may not be a very good idea. You will spend more time looking for parking and moving your car for street cleaning.

If you decide to ship your car to Boston, give Corsia Logistics a call. If you think shipping a car is expensive, you’ll be in for a surprise. Just check out our guide on vehicle transport costs. Whether you need to move your vehicle between Boston and Miami, Boston and Los Angeles, or anywhere else in the US, we are at your service.

Call us at (818) 850-5258 and let one of our logistics specialists walk you through the vehicle shipping process. Do you have questions? Even better. We want you to make an educated decision about transporting your car. If you prefer to do a bit of reading before speaking with us, we’d love you to visit our Questions page, learn about the  vehicle transport services we provide and browse through our blog. 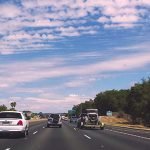 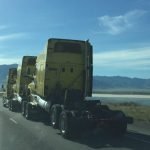