What cars do futbol players drive?

Besides playing futbol, the Premier League players surely love to drive premier cars. What do you think they drive? If the answer is fast cars, you are somewhat correct.

They surely enjoy fast cars, but some of the top sellers are slightly bigger than the low sports faces we usually see. I was surprised to see that some players prefer SUVs, but I am sure they also own something else, right?

World Cup kicked off and we have to see what the players drive!

After some research I have discovered that the love for SUV has grown tremendously among the soccer players.  The first one is fast and beautiful.

Second place is for one of the most popular Porsche ever – Porsche Cayenne. It must be the speed and the design that make it popular among the Premier League players.

Another one ubiquitously loved Porsche is the Panamera. With 430 hp and 188 mph it surely must be among the favorites of the big soccer players.

Now moving to some low sports vehicle I have to mention the British beast that has become a favorite – Aston Martin DB9 and Vanquish. It is beautiful and fast, what else can they ask for?

Next naturally comes the Ferarri. Italians will not stay behind and there is no way the big league players would not want to buy one. With an amazing aero efficient shape and motors these beasts are among the most wanted. The Ferarri 458 goes from 0 to 6o in 3.4 sec and its top speed is 202 mph. Many from Manchester United, Chelsea and Arsenal players have bought either a 458 or an F12.

And a second score for Italians is the Lamborghini. Beautiful sports car almost as fast as the Ferarri. With 520 hp and top speed of 196 mph this fierce competitor is owned by players from Aston Villa, Manchester United and Chelsey.

And last, but not least on the list is Audi. Stylish and fast this sports automobile is one of the favorites for many soccer players. It has 500 hp, goes from 0-60 mph in 4 sec and it has a top speed of 186 mph. It’s rightfully one of the favorite sports cars on the market for many of us.

So the boys like fast cars and surely don’t mind their price tags. They also like some big cars – more and more futbol players are becoming fans of sports utility vehicles and the luxury they offer. So, the luxury cars are moving up the ladder making us wonder why at times. But the fact is that the players who own them are actually some of the richest soccer players and they can basically afford any automobile. Now we don’t want this to blind us, these guys are the Premier League players and they have deserved every penny and every car they own.

Damn, Those Are The Most Expensive Car’s In The World. 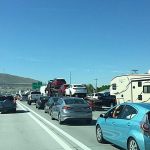