G.H. Garrett, Stanley Meyer, Genepax, Genesis World Energy, Hydrogen Technology Applications, Inc, and many others. What do all these names have in common?

They all believed in the ability of electrolysis to turn water into fuel for our cars. Scientists, engineers, green planet enthusiasts – superheroes for some and charlatans for others. Their work would bring them up to euphoric heights and then down to humiliating defeats. Their inventions attracted believers, investors, and eventually legal trouble.

Today, there is growing interest in the possibility of turning water into fuel. But it remains unclear how much of it is true science and how much is science fiction. Join me as I delve deeper into the subject of water-fueled cars and see if the theory stands up to scrutiny.

The basic process of electrolysis is nothing new. The studies on the electrolytic separation of water date back to the 19th century.

Today, we use electrolysis in a wide range of applications. Energy storage and generation in power plants, – check. Synthesis and extraction of certain elements, – check. Generation of oxygen for astronauts in space, – check.

We learn about the process in middle-school science labs: electricity flows through water cracking the molecules and filling test tubes with oxygen and hydrogen bubbles. You light a match and volatile gasses explode to prove that water broke down into its components.

But if it was all that simple. If simple electrolysis worked, we would have water-powered cars already. Based on the existing laws of thermodynamics that skeptics rely on, it takes exactly the same amount of energy to separate hydrogen and oxygen atoms inside the electrolysis cell as you get back when they recombine inside a fuel cell. Hence, to make a car run on water one really needs to find a way to make a deal with both the Law of Conservation of Energy and the First Law of Electrolysis.

How did the idea of water-fueled cars come to be?

The first water carburetor was a brainchild of G.H.Garrett. On September 8, 1935, The Dallas Morning News announced that the water concept worked, at least for a few minutes.

Garrett’s working model operated a four-cylinder engine for several minutes in the demonstration at varying speeds and with several starts and stops. According to the inventor, water broke down into hydrogen and oxygen by the passage of an electric current through it from electrodes immersed in water.

Hydrogen collected at the negative pole and oxygen – at the positive. The hydrogen then was mixed with air and introduced directly into the cylinders. Garrett claimed instant start in any weather, no fire hazards, and plenty of power and speed. The car didn’t receive any more publicity, and no one seemed to know its ultimate destiny.

For Stanley Meyer, his interest in water as a fuel began in earnest in 1975. It was a year after the end of the Arab oil embargo when gas prices went through the roof. Meyer built a dune buggy that could allegedly cross the country using only 22 gallons of water that had been transformed into hydrogen fuel. He replaced the spark plugs with injectors that sprayed water as a fine mist in a resonant cavity where it was bombarded by a succession of high voltage electrical impulses.

As Meyer explained, this converted the water into a mixture of hydrogen and oxygen that could be combusted in cylinders, moving the pistons just as in an ordinary gasoline engine. Meyer insisted his invention was viable because it used much less electricity than physicists say is possible.

In December of 2002, Genesis World Energy (GWE), a private consortium created by a group of military and space program research and development specialists, as they defined themselves, unveiled a scientific breakthrough that allows consumers to easily access the energy contained within the hydrogen and oxygen molecular structure of ordinary water.

They claimed to have discovered a way to extract far more energy from water than the extraction process itself required, differentiating their new technology from any other development efforts so far. The resulting gas molecules can be burnt as a replacement for any traditional form of fuel.

Only a year later, in 2003, GWE has announced an automotive and transportation application of their breakthrough invention that creates an on-demand source of hydrogen fuel for the internal combustion engine. The technology offered by GWE relied on nothing more than a source of purified water.

The company claimed it possible to design an internal combustion-powered vehicle that burned hydrogen gas produced onboard. At the core of this technology were the Genesis gCells, which would break water down into its basic molecular structure through a series of electrochemical processes, yielding ultra-pure hydrogen and oxygen gasses.

The project never came to fruition. In 2005, authorities arrested the founder of GWE, Patrick Kelly, and later charged him with second-degree securities fraud. Since then the Genesis project has remained inactive.

In 2008, the Japanese company Genepax introduced its new eco-car that runs on nothing but water. Any water would do: river, rain, or sea; even tea would work. The “Water Energy System” would generate power just by supplying water and air to the fuel and air electrodes respectively.

The Japanese described the basic power generation mechanism as similar to that of a normal fuel cell, which uses hydrogen as fuel, allowing a car engine run for about an hour at a speed of 50mph.

The main component of the Genepax system was the membrane electrode assembly (MEA). which contained a material capable of breaking down water into hydrogen and oxygen through a chemical reaction. The company did not reveal any further details about its revolutionary new system.

For the demonstration, the bright minds of Genepax mounted the 300W system in the trunk of the compact electric vehicle “Reva” by Takeoka Mini Car Products Co Ltd. As you may have guessed – the experiment was a success. Despite that, approximately a year later after introducing the device, the company shut down. The only explanation given was the lack of monetary funds.

Will water ever be used as fuel for cars?

When it is separated into hydrogen and oxygen components and oxidized as fuel, the result is equivalent to an energy output that is 2,5 times more powerful than gasoline. The only byproduct of combustion is pollution-free water vapor.

Despite the existing skepticism, scientists and green planet aficionados all over the world have been experimenting, inventing various techniques for water splitting, protecting their discoveries with patents.

In one of the interviews, Stanley Meyer said: “When you have a free and abundant energy source like water, it’s only limited by the imagination to put it to work.” And maybe it is only a matter of time before a gas pump becomes obsolete and our cars will run on water.

If fueling cars with water doesn’t convince you, we have another post on alternative energy sources. Find out if electric vehicles and solar power go better together and voice your opinion.

Just to be clear: regardless of what method one uses to split water, you’ll always need to put more energy into the system than you get out. Sure, you can make a car where some electrolytic device splits water, and you burn the hydrogen in an internal combustion engine. No problem.

But, you’ll need a source to provide electricity for the electrolytic device. Probably a battery or a fuel cell.

It would almost certainly be more efficient to just use that battery or fuel cell to move the car with electric motors. (Standard electric car.) The electrolysis and hydrogen-burning are just unnecessary extra steps. You’ve built a needlessly elaborate way to run a car on electricity. 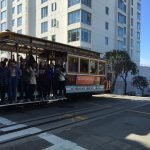