Truck Speed Limits: Slow Down or Speed Up?

Truck speed limits across the country have been a hot topic for discussion over the past few months. Officials in a few states have initiated discussions on possible future changes to the rules on speed limits.

The fact that there are different speed limits in each state creates additional tension for drivers on the road. Sometimes two neighboring states may have completely different laws on speed limits.

In Nevada, for example, the limit on rural interstates is 80 mph, both for cars and trucks. A step to the west, in California, things are a little different. Cars have permission to go at 70 mph, while trucks can travel no faster than 55 mph. Other states may have completely different rules for specific road segments and 2-lane or 4-lane roads. This situation puts more pressure on the driver, who has to be observant and cautious about way too many rules on the road.

The Impact of Differential Speed Limits

Today there are only a few states that implement speed differentials for heavy-duty trucks. The past few decades were a period of extensive research on the topic which made States recognize the negative impact split speeds have on road safety.

One of the most famous studies on the relationship between drivers and speed limits is David Solomon’s report from 1964, published by the Bureau of Public Roads. The study concluded that vehicles traveling 10-15 mph less than the average speed of all traffic had a much greater chance of being involved in a crash.

Studies show that a higher variance of vehicle speeds in traffic flow increases the risk of an accident.

Moreover, Solomon wrote that regardless of the average speed on the highway, the more a driver deviates from the average speed, the greater their chance of being involved in an accident. Low-speed drivers suffer from higher likelihood to be involved in accidents than those who drive at high speeds. More studies which support and confirm the validity of these findings today have been published throughout the decades to follow.

This states that differential speed limits increase the likelihood of truck-related accidents on the road. Due to the lower speed limit, trucks deviate from the average speed of other vehicles on the highway like other cars. Thus, they are surpassed by more cars than if they were to drive with higher speed. Each interaction increases the likelihood of a collision.

Every car that passes a truck on the interstate is a potential threat both to the truck driver and to all passengers in nearby vehicles.

Recently, more states have shown initiative to increase speed limits exactly because of these reasons. Differential speed limits were set based on the idea that trucks require greater time and distance to stop due to their larger size. Larger vehicles tend to result in more severe injuries when involved in a crash. The question is, how is that related to their speed and its relevance to the speed of other vehicles on the road.

Oregon was one of the states that recently initiated a new discussion over speed limits. The Oregon Department of Transportation has started questioning whether differential speed limits are worth continuing. Up until now, the state has allowed motorists to drive 65 mph on the state’s fastest roadways and limits large trucks to 55 mph.

Currently, the Oregon DoT is conducting an engineering study on the impacts of increasing truck speeds on interstates. Once the study is complete, officials will submit the review to the Transportation Commission with a recommendation.

The Owner-Operator Independent Drivers Association says roadways are safest when all vehicles are permitted to travel at the same rate of speed. This confirms Solomon’s research which many considered outdated. Mike Matousek, OOIDA’s director of state legislative affairs, commented that the establishment of universal speed limit. He said it would “allow commercial trucks to flow with traffic, get to their destination quicker, and decrease the amount of trucks on the road.”

Uniform speed limits create a sense of equality on the road. Truck drivers do not feel less privileged than car drivers. They don’t feel more threatened either. These are factors that have affected truck drivers’ perception of mistreatment in the industry. And now speed limit policies can improve that.

As we have already mentioned, when all vehicles drive with speed close to the average, the chances of accidents immediately decrease. There is less pressure on truck drivers, and the bad feeling of driving slower than everybody else is minimal.

Higher speed limits tend to reduce travel times, creating potential economic benefits for the freight industry. If trucks could travel at the same speed as light-weighed vehicles, they would cover a longer distance and thus be on the road for fewer hours. Hence, trucks will be able to transfer more goods in shorter times. This is especially important for fresh goods, such as fruit and vegetables.

A direct consequence of the previous claim is the lower amounts employers would spend on wages. If a truck drivers can cover a certain route at a higher speed, then they would spend less time on the road, driving, thus making the cost for the business lower.

The quicker drivers get to their destinations, the less time they would be spending behind the wheel. This immediately lowers the chances of fatigue, which is the primary cause of accidents on the road. Researchers state that fatigue is a factor in up to 30% of fatal crashes and 15% of severe injury crashes. It leads to low attention and lack of focus on the road, which results in lost vehicle control and inability to react quickly to situations.

In Favor of Differential Speed Limits

The Case of Arkansas

In contrast to Oregon’s intentions, Arkansas will try to implement differential speed limits on its highways. In 2015, the state approved a bill that made speed limits for trucks and cars uniform. Yet, two years later, officials want to bring back differential speeds limits. In 2015, Arkansas adopted uniform speeds after 19 years of speed differentials on state highways. Since then, all vehicles traveling on Arkansas highways have been permitted to travel at 70 mph in comparison to the 65 mph speed limit before.

In the past years, however, the state has seen frequent occasions of traffic delays and congestion. The Arkansas Highway and Transportation Department, said at the time the agency was noticing a lot of problems with congestion along Interstate 40 in east Arkansas.

Research has shown that a differential speed limit is not effective for the efficient flow of traffic.

This is why the agency attributes congestion to the speed limit policies. If the Senate approves the speed changes, the state Highway and Transportation Department would need to complete engineering studies before they make any changes in order to confirm their hypothesis.

Differential Speed Limits to Save the Environment

The trucking industry has started putting significant effort into becoming more environmentally conscious. The travel rate at which drivers operate their vehicles is one of the key factors in improving fuel efficiency. Every vehicle reaches its optimal fuel economy at a different speed, with fuel economy typically rapidly decreasing at speeds above 50-55 miles per hour.

All that translates into a significant reduction in carbon emission levels. Thus, it would be better if trucks remained slower on the road. Their weight requires more energy in order to move. This momentarily leads to more use of fuel and higher amounts of carbon emissions. The optimal solution is to establish a speed limit for different ranges of truck models. This way, officials will take advantage of fuel efficiency and still keep safety levels at their best. Recently, a number of jurisdictions have recognized this issue and have required all trucks to be equipped with maximum speed limiters.

The proposal takes into consideration only the size of the vehicles as a factor for the possibility of accidents. However, it does not regard the crucial factor we mentioned earlier in the article. The interaction between big rigs and other cars on the road. Officials claim that the new speed limiters will contribute to decreasing crashes. The devices will slow down trucks and, thus, make their enormous size less of a danger. Yet, drivers claim that the new regulation will make them dangerously slower than all others on the highway. The proposal ignores the dynamics of trucks and cars that share the road, which is a much more likely cause for accidents.

It’s all About the People

In their essence, differential speed limits tend to be discretionary. Especially when there are poor DSL control strategies. The main problem with differential speed limits is that they invariably depend on compliance among the various drivers in the traffic stream. Both cars and trucks. Compliance with speed limits depends on many factors including, the degree of enforcement, traffic conditions, driver attitudes, etc. If people don’t recognize the necessity to follow the speed limits for their own good, then there is no use of any speed limit policy, uniform or differential. Given the severity of accidents involving large trucks, truck compliance to DSL is especially important.

States can achieve this in several ways. primary Drivers’ behavior is largely affected by their training and previous experience. Thus, it is important to emphasize the need to comply with DSL policies in order to be safe on the roads. Officials can aim to guarantee compliance by implementing technological solutions. Street cameras that capture red-light violations can also monitor drivers who exceed the speeding limits, too. There are numerous tactical ways to tackle the issue. The main task for officials, however, is to agree on a strategy for control first.

I put a lot of miles on Georgias I-75, I-95, I-16.(in a half ton work truck).
I do not believe the posted speed limit of 70 mph is the problem.
For the most part, people around here know that a posted speed limit of 70 mph, actually means you can travel around 80 mph without being hassled by the Law.
Folks, that is the real speed differential that matters!
We have the trucks doing the posted speed limit, plus or minus a bit….and we have the trucks that are determined to pass them!
You have no business traveling more than a mile or two over the posted speed limit in a large truck. 75,76,77,78,79,80,81,82 mph is not acceptable in a large truck.
Going faster than the posted speed limit in a large truck is in no way contributing to the safety of your fellow travelers.
There are probably twice as many cars and trucks on the road as there were in the mid-1980s. However, I would wager that we do not have twice as many roads.
Our economy has changed, life in this country is ever more hectic, our roads have never been more crowded, everyone on that road is under more pressure than they were last year, you can expect more of the same next year!
So, slow it down…Or be slowed down. Do your part. 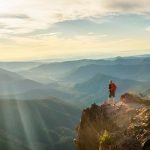 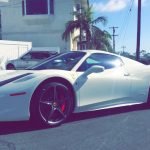