Five cars that changed the world 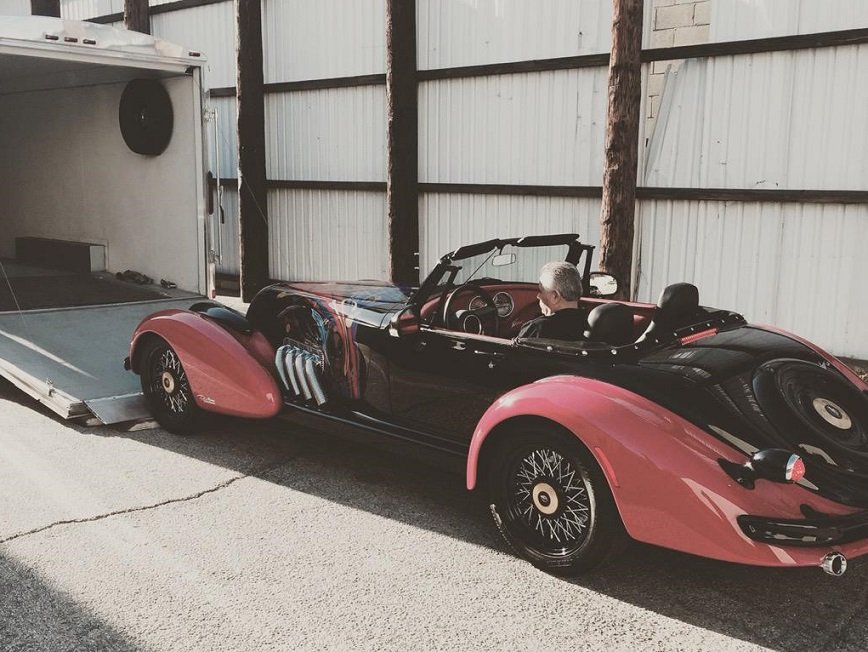 It is interesting how certain tools, gadgets, and objects have become an important part of our lives. So it is only normal for many of us to say that we cannot live a single day without them. Some people cannot live without their smartphones, others without cigarettes or their favorite musical instrument. And there are people who can’t imagine their lives without their car.

A lot of us are very dependent on our cars for various reasons. Once they become a part of our life, there is no turning back. The car is one of the greatest inventions of humankind and it has changed the lives of many, whether we like it or not.

The five cars that changed the world

If there is a single vehicle brand that has made it easier for people from different backgrounds to reach their desired destination, it is the Land Rover. Even though it was not the very first off-road car to be produced, it was indeed the first mass-built vehicle accessible to large communities.

Land Rover has totally changed the lives of farmers and people from unpopular and difficult to access areas. It offered a good alternative, which was also affordable. And getting around has become much easier.

“No matter where it goes, the Defender feels at home. On a farm, in the jungle, or outside a country pile. It is – or rather, was – as advanced as a wellington boot, which is exactly what you’d wear while driving it,” according to Top Gear’s “20 cars that changed the world” list where Land Rover ranked first.

The model was launched in June 1948. It was originally called the Land Rover Ninety and Land Rover One Ten. The production of this awesome British four-wheel-drive off-road vehicle ended in January 2016. Yes.

It didn’t roll off the production line until 68 years later. This sole fact tells a lot about the importance of this car. Developed by the original Land Rover Series, the Defender served people well not only almost 70 years ago. Drivers showed interest in the car up until the most recent years.

“All-terrain right from the start, Land Rover Defender rapidly became one of the world’s most recognizable four-wheel drive vehicles. Enduring and versatile, it is a legend on seven continents for challenging expeditions and humanitarian support,” you read on Land Rover’s official website.

Volkswagen Beetle -The car for the people 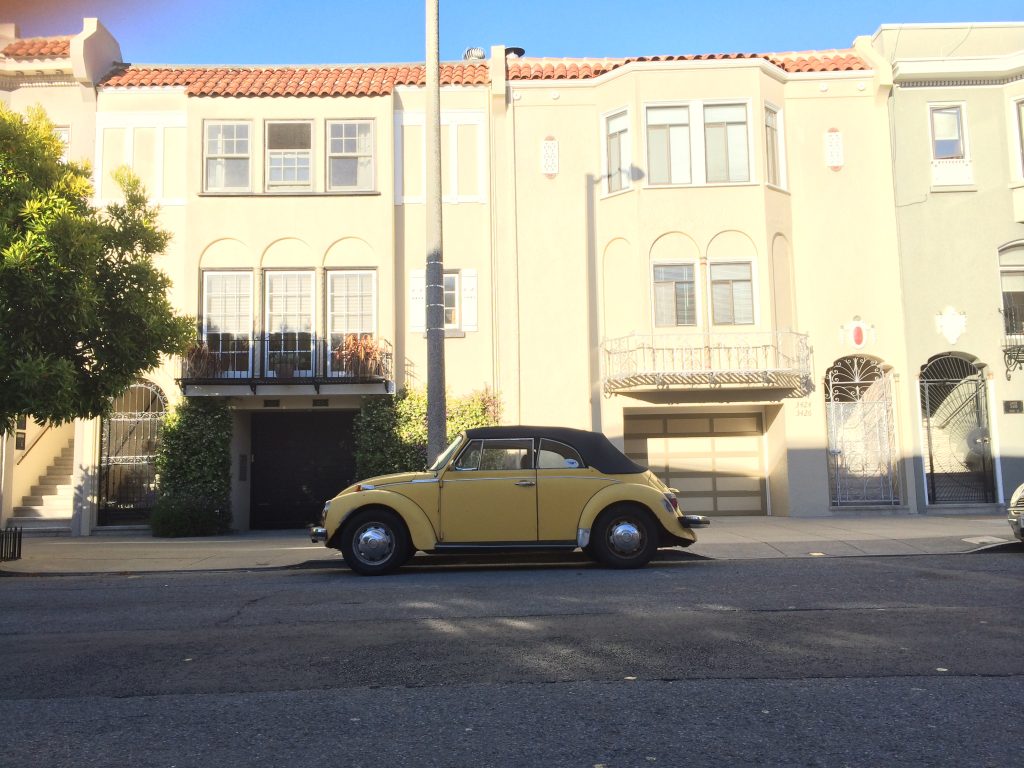 Volkswagen Beetle is the world’s longest-running and most manufactured car of a single platform. Often called the Super Beetle, Bug, Maggiolino, Fusca, or Cucaracha, the Beetle is the car that has made a huge impact on the world, especially in Germany’s post-World War II image.

VW manufactured and marketed the Bug from 1938 until 2003. The final Beetle brought production to 21,529,464. Admit it, whenever you see a Bettle in the street it instantly brings a warm feeling and a smile to your face.

According to Bernhard Rieger’s “From People’s Car to New Beetle: The Transatlantic Journeys of the Volkswagen Beetle,” the Beetle became popular in the States, thanks to VW’s great recovery in Germany, and worldwide.

The American journey of the Beetle showed “an important aspect of postwar cultural and commercial relations between the United States and Western Europe.” He added that by following popular American trends and products, Western Europeans “took pride in the importance that some of their exports achieved with the new global superpower.”

Even though hybrid cars have been in the spotlight during the last decades, the idea of building a car using alternative power sources was born centuries ago. In fact, not only had that idea been already present among many car manufacturers and young car designers, but it became a reality in 1896, with the creation of Armstrong Phaeton.

Harry E. Day developed the gasoline-electric hybrid. And the Armstrong Company assembled it later for the Roger Mechanical Carriage Company.

The world’s first hybrid car could be fueled by gas, electricity, or a combination of the two. Considered as a great invention by Dey, the Armstrong Phaeton was designed from an all-new perspective and was way ahead of its time.

Here are some of the characteristics of the 1896 Armstrong Phaeton Gasoline Electric Hybrid:

Where is Armstrong Phaeton today?

According to Bonhams, Armstrong remained at the Bridgeport works for many years until a factory employee moved the vehicle into his home after the car got damaged during a flood.

“It was there that Dennis David discovered the machine some 32 years later. Mr. David acquired it and, and it passed into the McGee Collection. This collection was primarily concerned with Connecticut-made automobiles, so it was right at home. It was determined that the Armstrong was too important to languish, and it was decided to pass the car along to a collector who had the ambition to rebuild the historic machine.”

In 2015, Holman Engineering restored the car and made it fully operational. In March of 2016, Dutch collector Evert Louwman purchased Connecticut-built Armstrong Phaeton for $483,400 and displayed the vehicle at Louwman Museum in The Hague, Netherlands.

Check out this article if you want to read more about the world’s first hybrid car’s interesting history.

Speed is not the only thing most car guys or gals look for in a car, but it certainly is a very important part of a car’s capability. It also shows how much mankind can achieve and demonstrates how we all can do better. Owning one of the fastest cars can undoubtedly make you feel unstoppable. As long as it is legal to drive it on long and spacey highways, there is nothing stopping you from pushing the car to its limits and driving as fast as you can.

Hennessey Venom GT, the world’s fastest car at the moment, has an astonishing verified top speed of 270.49 mph. It also has a maximal estimated top speed of 278 mph. Furthermore, Hennessey has the ability to accelerate from 0-200 miles in just 14.51 seconds. 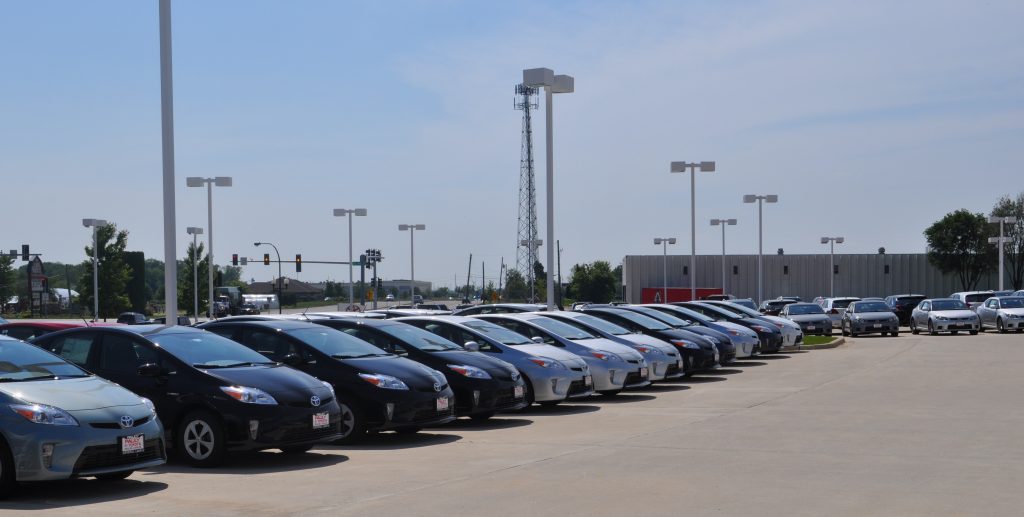 “For starting the hybrid thing- Technically the Honda Insight came first, but it never caught on as the Prius did. From the moment Cameron Diaz – or was it DiCaprio? – was papped in one, it became the most fashionable way to save the world. Even though it actually won’t,” according to Top Gear.

Toyota has been manufacturing its full hybrid electric Toyota Prius since 1997. The United States Environmental Protection Agency (EPA) and California Air Resources Board (CARB) rated the Prius among “the cleanest vehicles sold in the United States based on smog-forming emissions.” Prius Eco, which was launched last year, ranks as “the all-time most fuel-efficient gasoline-powered car available in the US without plug-in capability.”

Since their invention, cars have changed the world and the way we live. The automobiles we mentioned in this post are just a few in the bunch. I know there are many other cars that have made a huge impact on this planet and our lifestyle.

Do you have any other suggestions about cars that have changed the world? Please share with us in the comments below. 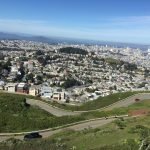 Moving to San Francisco Guide Prev post
Kids in college: What to do with their car? Next post
GET A QUOTE
CALL NOW