Transportation in the United States – A brief history 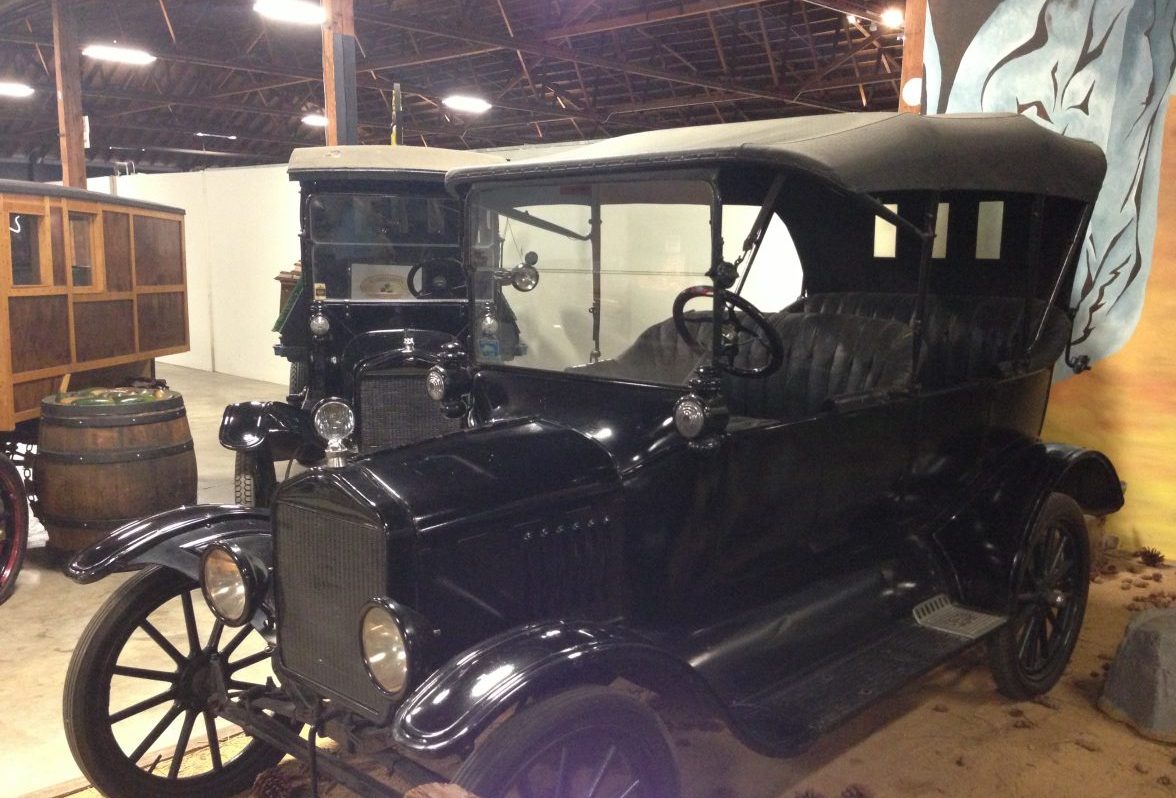 For a while now automobile has been synonymous with freedom and independence. For most Americans, it is no longer a luxury, it’s an integral part of their lives, a necessity. Because we have cars to drive we can choose where to live and work. Our friendships are no longer limited by the geographic location of our homes, and we are more able to avail ourselves of near and distant pleasures.

We praise our cars for the convenience, mobility, and comfort they offer, it is something as natural to purchase and own as food, clothing, and shelter, regardless of the traffic, pollution, and urban decay it may cause. However, it hasn’t always been this way.

History of transportation: How it all began

Europeans took dangerous ocean voyages in small ships looking for the land of freedom and opportunities. Having disembarked on the American continent they saw it as a vast, empty space that needed to be filled with people, buildings, farms. They were astonished by the abundance of natural resources the new continent had to offer: land, water, fish, game, and later coal and iron ore.

The new colonists readily embraced the opportunities. People were eager to explore, build, grow. The resources were used as if they were inexhaustible. The game was slaughtered for food, fur, or sheer sport. The land was farmed, depleted, and people were forced to move in search of new fertile lands.

Before the 19th century, getting around was an arduous and exhausting experience for Americans due to poor road conditions and inadequate modes of transportation. Searching for better lands, many trudged on foot for hundreds of miles, dragging crude carts loaded with their scarce possessions. More fortunate pioneers traveled on horseback or in wagons pulled by horses or oxen.

And only a hundred years later, by the beginning of the 20th century, almost a limitless number of transit options were readily available for Americans to use. In 1910, the United States had one of the world’s greatest transportation systems: 353,000 miles of railroad tracks connected states and cities together.

Within cities, a network of electric street railways provided efficient transportation. By 1902, electric vehicles prevailed as a preferred mode of transportation. In 1908, Henry Ford introduced the Model T – a widely available and affordable gasoline-powered car that was responsible for the downfall of electric vehicles. The new internal combustion engine-driven automobile had finally offered Americans the freedom they longed for, the freedom to get out there and explore. 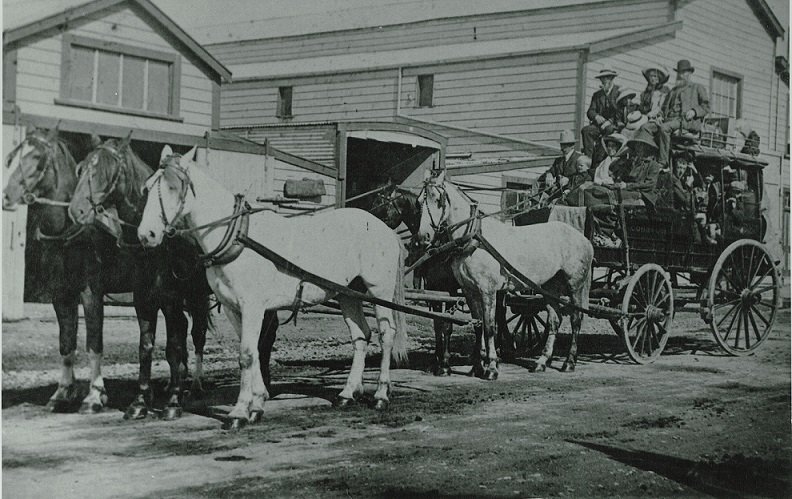 The period from the late 17th century, throughout the first two decades of the 20th century, is called by many historians the “Carriage Era”. The variety of horse-drawn vehicles was astonishing: elegant private carriages, simple and inexpensive buggies, traps, road wagons, pony carts, and buckboards. Commercial passenger vehicles included omnibuses and stagecoaches. Horse railway cars hauled people for decades before giving way to the electrically powered streetcar. According to Census data, as late as 1900 Manhattan had 130,000 horses; Chicago – 74,000; Philadelphia – 51,000; and St.Louis – 32,000.

But horses were slow. Horse-drawn vehicles traveled at speeds between 4 -12 miles per hour. They were limited in range – according to one traffic analyst, on average, a city horse would fall after 96 miles traveled. In the 1880s, in New York City alone the Department of Sanitation was removing 15,000 dead horses from the streets each year. In addition, living horses deposited between 800,000 and 1,300,000 of manure each day; therefore, manure collection presented a substantial burden on municipal budgets. Rapidly developing American society needed a new mode of transportation to match the progress: faster, cleaner, and more reliable. 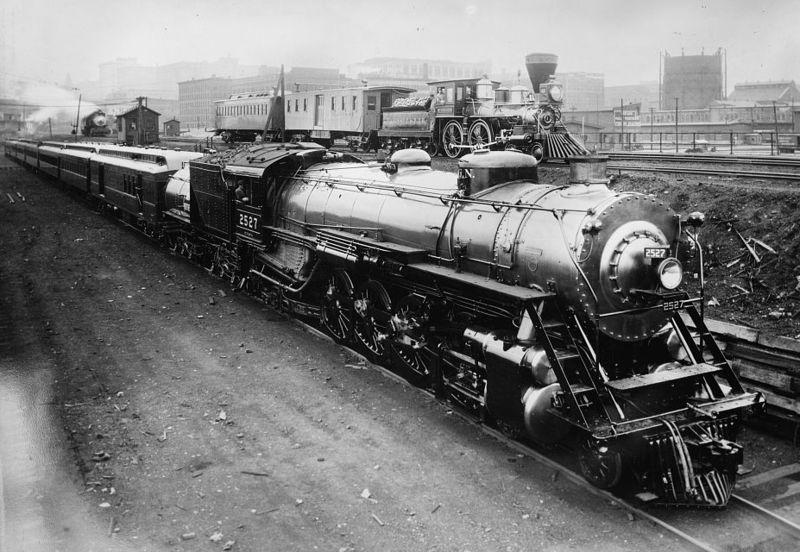 Americans quickly took to travel in railroad trains in the 19th century. From the founding of the railroads in the late 1820s, they rapidly spread throughout the nation and became the most influential businesses in 19th century America. Railroads were essential for moving people and goods. Train travel became the fastest mode of transportation offering speeds of up to 15 – 20 miles per hour, reached the areas that were inaccessible before. Trains did not require self-operation, so passengers could socialize, relax and enjoy the scenery, or even conduct business. By the 1860s, railroad companies were operating 30,600 miles of track in the United States.

Despite all the advantages of traveling by train, railroads were unable to maintain their mass appeal. Passengers expressed their discontent with strict adherence to timetables and schedules. Farmers and other shippers protested monopoly pricing.

When the railroad came to a town, the town would grow. But if for some reason the railroad changed its route and bypassed a town, the town would die. Trains were associated with pollution and urban decay; safety also was an issue given frequent accidents and boiler explosions. Nevertheless, trains dominated American long-distance public transportation through the first two decades of the 20th century.

When the bicycle arrived in late 1880, Americans readily embraced it as it offered great personal mobility at a low cost. Compared to horses and buggies bikes were easy to store, required no feed, and little care. The early high-wheeler bicycles with large front wheels could sometimes be dangerous. But the development of the “safety bicycle,” with wheels of equal sizes and chain drive, made it suitable even to the most cautious of riders.

The earliest example of the steam-powered vehicle in the United States dates back to 1805. Oliver Evans – inventor and millwright – built a steam-powered floating dredge. Since his shop was nowhere near the river, he mounted his dredge on wheels, built a chain drive to connect the wheels to the engine, and drove his machine to Delaware’s edge. Mr.Evans did not conduct any more experiments with steam-powered vehicles. A few decades later, Sylvester Roper made a series of lightweight steam road vehicles with both two and four wheels. He applied existing steam technology to basic horse-drawn vehicle forms.

Although at first Americans were quite distrustful of the new invention, by the end of the 19th century everyone wanted to own a horseless carriage. The steam-powered car was quiet and needed no transmission. At the same time, it had its disadvantages. The starting procedure could be quite complex – sometimes. It would take up to 20 minutes to start a vehicle. It required frequent stops to add water and refuel, and dirty water could foul boilers. Many people were also afraid of boiler explosions.

Towards the end of the 19th century, a variety of inventors in the United States experimented with electric-powered vehicles. Electric cars quickly became popular among urban residents – especially women. They were quiet and easy to start, did not have any gears to shift, and required little maintenance. The problem with the electric car was its limited battery life. Consequently, it meant limited travel distance. Most vehicles could travel only 25 miles or so between charges, and their top speeds were usually less than 15 miles per hour.

By the 1920s, the United States had a decent system of roads connecting cities, and Americans wanted to get out and explore. However, because electric cars depended on batteries they were unsuited for long-distance travel on rough, hilly country roads with no power lines and access to electricity.

In comparison, the gasoline-powered car could take people significant distances and bring them back again more reliably than any electric automobile. With the discovery of Texas crude oil, gasoline became cheap and readily available even for rural Americans. Yet, it was Henry Ford’s mass-produced Model T that dealt a blow to the electric car. Introduced in 1908 it made gasoline-powered cars widely available and affordable. 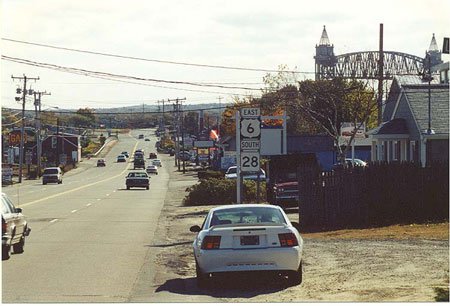 In the beginning, many American gasoline-powered cars were modeled after the European Mercedes-type introduced in 1901 by Daimler. With its 35 horse-power 4-cylinder engine, Mercedes could cruise at 50 miles per hour over good roads – something that America lacked. American engineers adapted this European car to American conditions, but with durability came the price – the vehicle cost between $2000 and $7500. Then came the high-wheeler western buggies, followed by runabouts offering Americans a more affordable gasoline-powered vehicle. But Henry Ford’s Model T was the real breakthrough. Introduced in 1908, the new car blended the size and performance of the large Mercedes-type cars with the low price of runabouts.

The way it was constructed it did not resist the ruts and bumps of the American roads but rather flexed with them. By keeping the car light and using a relatively small 20-horse power engine Ford was able to get a pretty good performance. The piece of the puzzle, which contributed to the success of the Model T, – low manufacturing costs. Between 1908 and 1914 Ford and his engineers introduced drastic improvements to the Model T and drove the price down from $950 to $490, thus making it a car for “the great multitude”.

The great Texas oil strike at Spindletop in 1901 helped Americans decide in favor of gasoline-powered cars by ensuring the abundance of cheap gasoline for the foreseeable future. Oil companies and automakers cooperated in a symbolic relationship. Widely available natural resources like iron, steel, wood, copper, brass also favored the rapid expansion of the gasoline vehicle. Early auto racing promoted the speed and power of internal combustion engines. But the most important reason why more and more Americans were choosing gasoline-powered cars was the range and sense of freedom that came with it. Gasoline-powered cars felt liberating, they equaled independence, promoted family solidarity, and promised to satisfy the most unquenchable thirst for adventure. The gasoline-powered vehicle became an essential part of the American dream, and it is so to this day.

And now if you are still in a mood for even more history review our Auto Transport History piece.

You need to revisit historical references as it relates to who was here when Europeans came to the U.S. There’s an ugly side to our history. We don’t have to revisit it every day, but we shouldn’t create a narrative that is not only false, but also one that makes us sound like pioneers. 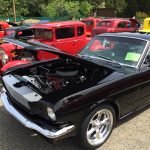 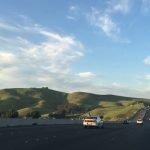