More women than ever have driver’s licenses in the US.

Today, women occupy more than half of all managerial and professional positions. About 60% of them are in accounting and auditing and 37% are in management jobs, according to the Bureau of Labor Statistics. Women also make up about half of the power making the purchasing decisions. The rapidly growing percentage of potential customers in many industries are women.

But, that’s not all. Women are very much involved with hard physical, even deadly professions like auto mechanics, soldiers, or truck drivers. Yes, many have joined the army and many have joined their husbands on the road. The fact is, though, that female truck drivers actually have obtained CDLs (Commercial Driver’s License), and operate long-haul trucks daily. Women are now a growing force within the trucking industry.

Then it shouldn’t be a surprise that more women than ever are making the decisions at home.

When it comes to buying, the husband always asks the wife. The fact is that that women often can manage the family budget better. There are tons of statistics out there concluding this. As an auto transport company, we can confirm this as well.

When a family is relocating, in most cases the women are in charge of finding a company and managing the process. They call to discuss auto transport prices, services, and ask all the questions. We don’t keep track, but probably about 40% of our customers are women. You can check out some of our testimonials – most have been written by women.

Researchers say women are more careful and calculating; they know when to stop and when to move forward with something. Most men just move. That’s why tons of research suggests that women are even better investors.

The statistics talk about how testosterone might lead to irrational decisions. You can find information in the media and among researchers on gender disparities. The “winner effect” is fueled by testosterone and researchers such as John Coates, a neuroscientist from Cambridge, say this is what contributed to the market meltdown. Cortisol and testosterone affect decision-making and risk-taking. Women have less of it meaning they are less likely to gamble.

Just think about some of the Great Powers – Germany and the UK. Great women have been holding the leading positions for years – Margaret Thatcher and Angela Merkel are still in power. These are examples that will stay in history with smart decision-making and big contributions for their countries.

Besides the great women in history and politics though, the best part is that we see examples everywhere now.

Brought to you by the American truckers! Prev post
New technology overtaking the auto industry Next post 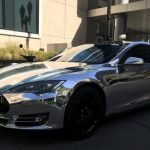