On September 18th, the Trump administration formally revoked California’s emissions authority. According to Trump, safety and cost are the main reasons for the decision. It comes as part of the President’s plan to lower emission standards, before setting the 2025 targets on fuel efficiency levels.

The state of California has immediately reacted to this announcement by filing a lawsuit against President Trump. Twenty-three other states, as well as the cities of Los Angeles, New York, and the District of Columbia, have joined the lawsuit. They claim that there are no clauses in the Clean Air Act, which would allow the federal government to revoke the emissions waiver granted to California by the Obama Administration.

What is the Clean Air Act?

The Clean Air Act is a Federal law, established in 1963, designed not only to fight air pollution but also to control it. From its inception, the Act authorized and encouraged research techniques in this direction.

The Clean Air Act has gone through various amendments due to an increasing commitment to minimize the negative impact on the environment for each state. For many years, California has been asking for a waiver. The waiver would let it set its own air pollution standards for all vehicles.

Because of the air and earth pollution coming from its oil industry, California wanted to have the right to set tighter emission rules than federal standards. It was finally granted this right under the Obama administration. Its current standards are strict with respect to hydrocarbon and nitrogen oxide vehicle emissions. The gasoline in California also has less sulfur, benzene, and hydrocarbons than in other U.S. states. Yet, the waiver needs EPA’s approval before coming into effect. So far, EPA has approved the waivers and there have not been any issues. The waiver was designed to remain in place until 2025.

What are the potential implications?

The revocation of California’s right to set its own vehicle emission standards will produce some potential winners who favor the policy and also some opposers who might lose out.

Some automobile manufacturers such as General Motors, Fiat Chrysler, and Toyota have supported Trump in this policy proposal. Their arguments lie on the fact that having several standards can cause overlaps and thus, reduce effectiveness. Therefore, they see one national standard as the best solution.

As part of the Coalition for Sustainable Automotive Regulation, other automakers such as Nissan, Hyundai, Kia, Isuzu, Ferrari, and Maserati also announced their support for the Trump administration policy.

Let’s also mention that California is one of the major car markets in the U.S. Therefore, lifting the waiver would create many more opportunities for the above-mentioned companies to increase their profits and market share.

However, there are also other car manufacturers such as Honda, Volkswagen, Ford, and BMW that have already started investing in research and development, proposing innovative solutions for more fuel-efficient and e-vehicles. Overall, the automotive industry is quite polarized on this issue. There are proponents and opposers among the car producers themselves. And this might lead to a non-perfect competition situation in the near future.

There has also been strong opposition from environmentalist organizations. They emphasize the negative impact of looser emission policies upon the environment. The national carbon footprint will most likely increase. This means that the attempts to minimize air pollution and greenhouse effects will be reversed.

In the interview with The New York Times, Richard L. Revesz, a professor of environmental law at New York University, said: “This is unprecedented and a tremendously big deal. No administration has ever revoked a state’s authority to regulate its own air quality in the past”. Thirteen other states follow California’s strict rules on vehicle emissions. If this policy gets implemented, it would also have an impact on their setting of emission standards. It might also set a precedent of federal authorities overcoming the state authority.

Such a policy may also increase the demand for oil and move away from fuel sustainability. This might potentially make the U.S. more dependent on oil-producing countries such as Saudi Arabia.

Currently, the Supreme Court is reviewing the case. There are legal arguments favoring both sides, and the case is predicted to last for quite some time. We might hear about a decision even after the U.S. elections take place.

During this time, we will keep you posted as the events further unfold. As a company that operates within the auto shipping industry, Corsia Logistics is invested in everything that is related to cars and potential impacts on our clients. Thus, stay tuned for more future insights. Thank you! 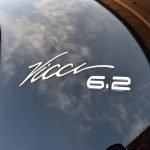