Trucking regulations to watch for

It seems like 2017 will be a year of challenges. Putting the political welfare aside, the year will be demanding for numerous businesses and organizations. At least for those that rely on transportation services. New regulations are slowly creeping in keeping us cautious of the effect they will have on the transportation industry. Some of these regulations were hiding around the corner, others we have expected for some time now.  Below are a few that will impact truckers significantly.

This is the regulation that has gone under the skin of everyone involved in the trucking industry. It has probably been the most widely discussed issue in the past months.

In 2012, Congress required the Federal Motor Carrier Safety Administration (FMCSA) to develop a rule mandating the use of electronic logging devices (ELDs). More than four years later, we are finally seeing the results of this order.

The e-log mandate is set to go into effect in December 2017. However, many are still uncertain about what will happen or what exactly they have to do.

In its essence, the ELD Mandate requires all fleets to install ELDs to electronically document compliance with the rules for hours of service. The devices will come as a replacement for the paper logbook and other tools truckers currently use.

There is still some gray area regarding the mandate, however. All fleets have until December this year to implement certified ELDs to record their hours of service. One problem, however, is that there are many devices that the FMCSA has not certified yet. The process is slow, and the number of vendors looking to get their devices certified is too big. One possibility for them is to go through the certification process on their own.

The FMCSA has created step-by-step instructions for a compliance test procedure. ELD manufacturers can perform their own testing.

On the FMCSA website, you can find the list of providers who have certified that their ELD devices meet the necessary requirements. You can also download user manuals for every ELD device listed on the website.The government’s role is to issue recalls if problems are discovered later. There won’t be regular audits of vendors, however.

The system that vendors use for the self-certification process is still full of flaws. Hence, the question is inevitable: how compliant are all these self-certified devices? Experts say that fleet owners should conduct due diligence when purchasing an ELD device. A good device should be able to capture parameters like odometer readings, engine hours, VIN and associate them with duty status changes. It should also be able to store data locally. These are important factors to make sure a driver can produce the output file that’s required.

According to the FMCSA site: “Drivers of vehicles manufactured before 2000” are exempt from the mandate. However, there is no clarity as to whether the exemption will be based on manufacture date or model year. There is a discrepancy in the wording of the document which leads to confusion in the application of the rule.

The rule states that it applies to “drivers of vehicles manufactured before the model year 2000.” Therefore, it’s not clear what standard FMCSA will use to determine who qualifies for the exemption. When asked directly, however, the FMCSA spokesperson Duane DeBruyne said the following: “The rule is tied to the model year of the commercial motor vehicle, as evidenced by the VIN.”

The Vehicle Identification Number (VIN) shows the model year of your truck in its 10th digit of the 17-digit sequence. As per North American standard, an X indicates a 1999 model year, a Y – 2000.

The slowdown in the ELD additions to trucks may lead to smaller trucking capacity. By mid-year, carriers that still lack ELDs will find it increasingly difficult to maintain ongoing relationships with shippers and with the large fleets and freight brokers that serve them. This will be a challenge for small carriers as it is precisely the smallest fleets who will be the last ones to jump on the ELD train. By the third quarter, significant truckload capacity will be removed by the effect of the mandate. The shortage of truckload capacity and the increasing demand could lead to higher rates.

Your Company and the ELD Mandate

If your company has already implemented an ELD system, make sure it complies with the regulations. Otherwise, you are wasting both time and money. If a truck’s ELD is found to be non-compliant during a roadside inspection, the carrier will get a one-time notice. If it happens a second time, the truck will be placed out of service. The carrier will have just eight days to install compliant ELDs.

The big cost in all this is the ELD equipment itself. But a potentially larger cost that many don’t consider yet is training. Educating your drivers and fleet managers on the technology while ensuring it doesn’t disrupt the business flow could be a challenge. This is where planning ahead could save you resources you would otherwise waste.

Studies show that after the learning curve of adopting an ELD, carriers actually experience increased efficiency through better visibility, predictability, and planning. This is why up to 40% of drivers use ELDs voluntarily even today.

Some carriers and truckers still oppose the new regulation on e-logging. The goal of the ELD is to bring automation and control over the record of hours of service. The ones that will suffer most are the drivers who like to work overtime hours. It’s only irresponsible for a driver to be operating a truck with insufficient rest. Someone needs to make sure drivers get behind the wheel well-rested.

Apart from having to record their working times electronically, truckers have faced another issue regarding their hours of service.

During the past few months, truckers have been enjoying the new regulation on the hours of service. They are applauding the congressional fix on the “34-hour restart”.

The rules confined how long and exactly when long-haul truck drivers have to rest. It was in July 2013, when the Obama Administration restricted the use of the restart. The Administration allowed truckers to use the restart only once per week and required that the restart period included two overnight stretches between 1 a.m. and 5 a.m. The rule often extended a driver’s weekly off-duty restart period well beyond 34 hours.

The impact of these changes (suspended in 2014) was an increase in truck driving during early daytime hours. This led to an increase in crashes due to the resulting congestion. The 2013 hours-of-service rules made it even more difficult for truckers to take a restart within 34 hours. Productivity in the trucking industry dropped between three to five percent.

“Reverting back to the pre-July 2013 restart shifts the emphasis back to safety by removing incorrect data from the rulemaking process,” said Chris Spear, President & CEO of the American Trucking Association.

The original restart rules, introduced in 2004, give drivers greater control over their time and get them home faster. Truckers can reset their weekly hours-of-service clocks and get back on the road after 34 hours off-duty. A reversion to the pre-2013 restart rules will help carriers avoid any productivity loss.

Commercial driver license (CDL) applicants would have to spend a minimum amount of time behind the wheel to get a CDL. The required time would depend on the class they want to obtain.

Class A CDL trainees would need a minimum of 30 hours of behind-the-wheel training. Class B trainees would need a minimum of 15 hours behind the wheel, with an additional test to demonstrate basic knowledge. However, this idea of a minimum BTW time was dropped in favor of a performance-based approach. In it, individual trainers hold wide latitude in determining how much required BTW training is appropriate.

The rule was scheduled to take effect Feb. 6 nationwide. However, on Jan. 20, the Trump administration ordered federal agencies to freeze new and upcoming rules until March 21. The deadline for meeting the training standards remains in its original date Feb. 7, 2020. This gives states, the FMCSA, and training providers three years to prepare.

By that time, to comply with the law, individuals will have to complete a prescribed program of classroom and behind-the-wheel instruction provided by an entity listed on FMCSA’s Training Provider Registry. Those entities will notify the FMCSA electronically that an individual completed the required training.

The primary effect of the FMCSA training rule will be on safety, resulting in a lower accident rate. And not only. Savings are expected in areas such as fuel economy, thanks to better training and more efficient operations.

However, the new rule may eventually tighten the pool of available drivers. This contributes to the already expected driver shortage, making the problem even bigger. This is one of the reasons that made several members of the committee that drafted the rule, petition the FMCSA.

They claim that the new training requirements do not guarantee better-trained drivers. Exactly the opposite. The Final Rule only ensures that trainees will be provided with a skill set for basic maneuvers. The rules will have a significant impact on truck drivers. This will, naturally, have an impact on the companies that employ them and the shippers whose freight they haul.

According to experts, implementation and compliance of the proposed rule could cost up to $5.6 billion over the course of a ten-year period. This includes expenses such as tuition and compliance audits. In-house training programs could also be required, which would leave many companies scrambling for resources to comply.

Get Ready for Uncertainty

It seems like 2017 is a year of uncertainty. Many of the new regulations still need to get final approval or undergo additional changes. Yet, there is something that carriers and shippers could do to prepare for the upcoming laws.

This is probably way too obvious, but sometimes we need to hear someone say it out loud. Do your forecasts. Think of the regulations as if they were already in place. This will help you see where your resources will go and how you can manage them to comply with the requirements.

Always think of the people first. Whether you are a trucking company or you are using one to ship your goods. Make sure you can trust your company and the people that haul your goods. It is important to know why you are choosing exactly these partners to do business with. Always be transparent. If you have strong relationships with your partners and drivers, no regulation would shake you down. 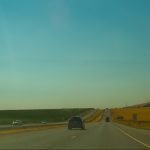 Shipping a car to Arizona guide Prev post
Moving to Austin, Texas Next post
GET A QUOTE
CALL NOW