Moving from California to Georgia

Once you’ve set your mind on moving from California to Georgia, you will realize that you need to prepare some things in advance. Most likely, you are now wondering where to begin. Don’t worry, we are here to help put your thoughts in order, and guide you through the most important steps.

Step one: Focus on your destination

First, you need to mentally prepare yourself for living in another state 2,500 miles away. Thus, discovering more about Georgia is a great place to start. Get an idea about its history, best spots for visiting, job opportunities, and career perspectives, as well as tips to quickly adapt to the Georgian lifestyle.

The Georgian state foundation in a nutshell

In 1729, James Oglethorpe, member of the British House of Commons, noticed that the prisons were flooded with people dying because of the poor conditions and maltreatment. Therefore, in 1732, Oglethorpe asked the British King George II for permission to found a new colony in North America.

This new colony would be a destination for all these prisoners, who would work and get a new life there. It was called Georgia, named to honor King George II. It was the 13th and last British colony that would later proudly not allow slavery.

Georgia is generally cheaper than California. No doubt, this depends on the region. But if we compare the capital, Atlanta, with Los Angeles, the former is 61.2% cheaper. The largest cost component that will be reduced is housing. The real estate rental or purchasing prices are three times higher in LA.

Moreover, the unemployment rate is also lower in Atlanta (4% vs. 5.1% in LA). If you haven’t found a job yet, no worries. Once you are in Georgia, you can directly apply even to large companies such as Home Depot, Coca Cola, UPS, Delta Airlines, among other businesses, which hire hundreds of people each year.

Step two: Learn to get around

The weather, except for some very humid days, is generally enjoyable in Georgia, which often inspires long walks. However, if you have to commute over longer distances, you will need some sort of transportation.

The public transportation is functional, and you can use it, especially as a student, since the metro line connects nine universities. If you are working though, you might want to drive, as the train does not extend to all places.

If you don’t have a car, you may need to get one in Georgia as soon as you move. However, coming from California, my guess is that you already have one. If you think that shipping your car from California to Georgia is difficult because of the distance, my tip would be to consult with our team of professionals now. Shipping a car is easy and the cost to ship a vehicle is not as high as many would expect.

This would not only save extra mileage on your car, but also preserve it from other potential damages, and save you from the dangers of driving across the country. For extra peace of mind, look for auto shipping companies that can offer you white-glove services and insurance as well.

Now that you know a bit more about Georgia and also how to get there, the final step is to put your plan into action. Start arranging the details of your move: set the date, pack your belongings, confirm your housing, choose and finalize your arrangements with the shipping company.

At Corsia Logistics, we would be happy to help you with the car transport process. You can ask us for advice, such as which type of transport you should choose or request a quote at any time via our online chat or call us at (818)850-5258. Our vehicle relocation team of experts will answer your questions and provide you the assistance you need. We will give you peace of mind by taking care of your car. You just need to buckle up and start the adventure! 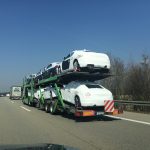 Corsia Logistics COVID-19 Update Prev post
How to prepare for your move during Coronavirus pandemic? Next post 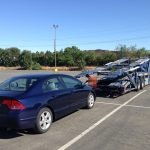