Is Technology The New Reason to Avoid Driving?

Classic cars have become an interest for many in the past decades – not just collectors, but casual drivers. And why wouldn’t they? With classics, you feel the authenticity in every ride. There are also those who favor the latest models. And why wouldn’t they? They get the newest tech at a hand’s reach. But what if the technology they spend their money on turns out to be a major factor in their lack of safety instead?

As it turns out, technology in new cars tops the list of customers’ complaints. These days, technology advances by the minute, and if you want to keep up, you have to adapt quickly. Moreover, you start relying on technology for your basic needs. Even in your car. But what happens when technology fails? Would it be better to go back to analog systems and multiple devices in cars again?

Owner satisfaction depends not on the abundance of tech features in their vehicles but on the good condition and proper functioning. One of the major problems that keep occurring in many new vehicles is the functionality of the Bluetooth system. Frequent in-car Bluetooth malfunction has become a problem for many businessmen who are constantly on the road and rely on hands-free devices to use their phone. Many would not see it as a big problem, but when your job depends on connectivity and requires constant traveling, this becomes an issue. According to the 2016 J.D. Power Vehicle Dependability Study, Bluetooth system, and voice recognition malfunctions led to a 3 percent decline in vehicle dependability and accounted for about 20 percent of all customer complaints.

The study measures problems experienced during the last 12 months by the original owners of three-year-old vehicles. The 2016 study investigated vehicles from 2013 when many new technologies were introduced in large-scale quantities. One such example is exactly the in-vehicle communication technology that many 2012 models did not have. It’s only natural that automakers face a challenge with every new technological feature they add to vehicles. The more high-tech features vehicles have, the more care and control automakers have to implement to make sure the technology in every car is in order.

Moreover, technological problems raise suspicion in drivers about the proper conditions of the car as a whole. Car owners don’t usually see the mechanics separately from the fancy tech features, so they start questioning the vehicle’s capability to get them to their intended destination. Today, everything is automated, and technology is the core of every vehicle, so if several small things don’t work well, drivers assume the whole system will fail, too. Another disturbing technology problem experienced by the car-owners, participants in the survey, was related to the blind-spot monitor in many vehicles. The sensor indicated that it was safe to switch lanes when it actually wasn’t.This one technical glitch makes drivers question everything the system tells them. Instead of being there to help, the technology in the vehicle becomes one more thing to worry about while you are on the road.

Vehicle analysts warn that the responsibility for the proper work of technology in the car also depends on vehicle owners themselves. They shouldn’t expect to be able to navigate a vehicle with such complex programming in the background without learning how it works. Without knowing what they are doing, car owners can easily cause damage to the technological system. Automotive designers should work on a simple design, but they should also teach vehicle owners to understand this design more quickly. The study shows that three years after the car was bought, vehicle owners were still bothered by the usability issues they had when they first bought the vehicle, despite software fixes. At the same time, the penetration of these features has increased year over year.

The study covered 177 specific problem symptoms grouped into eight major vehicle categories such as exterior, driving experience, and engine and transmission. Altogether, 33,560 vehicle owners completed the survey, and 32 brands were included in the brand rankings. Overall dependability was determined by the number of problems experienced per 100 vehicles. The results showed that the overall industry average for dependability was 152 problems per 100 vehicles in 2016, compared with 147 problems in the last year’s study. Seven of the top 10 problems were design-related.

Based on the results of the study, its authors recommend investing more time into researching before devoting to a certain brand or model. Finding out whether other consumers had problems with the technology should be a mandatory step in your consumer decision journey. Any negative reviews or blog articles with complaints should serve as a warning sign. Vehicle buyers should Compare various automakers’ technologies and read reports that might indicate which ones are superior or problematic. Once you are at the dealer’s, ask your salesperson to demonstrate how the in-vehicle technology works and explain any new features that you are not familiar with. These are just small actions you can take to avoid any trouble with technology. It will definitely help you to feel more secure in your vehicle.

You can start by reading the J.D. Power Vehicle Dependability Study classification of the most reliable vehicles in each category. The results of this survey show precisely where the automotive world is headed. Apparently, many automakers just aren’t getting their infotainment system designs right, and car owners are getting tired of it. This proves that the industry still has a lot of work to do to earn consumers’ trust, and new high-tech features are not helping. If consumers can’t rely on simple things as navigation, they won’t believe in the success and usefulness of any other new feature that comes along.

Technology is inevitable unless you really want to invest in a classic, but it keeps bringing new challenges that automakers will continuously have to face. One way to deal with the hardship of implementing various tech features in various models for various brands is to collaborate on open standards. A platform across the industry could be helpful to organize independent solutions that can be used with different systems. This way, some of the hardware malfunctions can be eliminated. But since the current automakers are having a hard time figuring such options out, maybe the right choice will come from outside of the industry. Will Google or Apple be the ones to offer a brilliant solution one more time? I guess, we will have to wait and see. 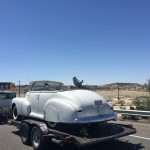 First Timer’s Guide to Car Shipping. Prev post
Why do Americans put off car maintenance and repairs? Next post 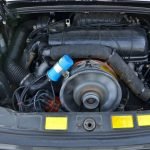