The Dispatcher can Make you or Break you

If you asked a truck driver what they think about their dispatcher, you would be amazed at the passion with which they dislike their dispatchers. Hate is a powerful word, but truckers often use it and dispatchers often get showered with colorful epithets and suffer a lot of name-callings. Truck drivers just don’t like dispatchers. Every driver out there has a bad story to tell.

Truckers often fight their dispatchers and in each other’s eyes, the other party is always guilty.

The reality in the trucking industry.

The job of the trucking dispatcher consists of monitoring and directing the movement of trucks and freights. Dispatchers have to know the geographic area the trucks travel and be able to support the delivery of a shipment by finding the best route for the trucker. In other words, where the tucker travels depends on the dispatcher.

Driver – dispatcher relationship is very important, and to make it work the two parties have to know and respect each other.

How respectful is this language? I found it on streetdirectory.com. This is not how all drivers talk to their dispatchers, right?

Every layperson knows that America runs on trucks, not on doughnuts. And since trucking is one of the biggest and most important industries, I set out to discover more. Let’s hear it from a dispatcher!

An interview with a dispatcher

Meet Peter D. – a dispatcher. Let’s ask him about his job and how he deals with drivers.

Q: How do you handle a situation in which a driver starts yelling at you that he has been waiting for too long or he does not want to travel a certain distance empty?

A: I always try to reason with them, give them the positives. And if that doesn’t work, I’ll just ignore them until they cool their temper.

Q: How hard is it to deal with so many different personalities?

A: Once you (the dispatcher) develop a multiple personality disorder it’s not so hard.

Q: What is the biggest annoyance about the job?

A: The constant bombardment of phone calls.

Q: What is the most important thing a dispatcher needs to know in order to do his / her job?

A: Being a dispatcher can be very frustrating. Don’t get too worked up with it.

Q: What would you advise inexperienced drivers? Do you explain to them what your job is exactly?

A: I don’t really advise them, my job is not exactly rocket science. New drivers are usually familiar with the basic logistics of it.

Q: Do you think it would be a good idea for the dispatcher to sit down with the drivers and explain to them what happens in the business / the chain of events?

A: I’ve tried that but it really doesn’t change the driver’s perspective much. Their main concern is hauling good loads.

Q: For many drivers, the dispatcher is the person they communicate with the most while working. Do you think you (the dispatcher) should treat them like family? Care about them in that way, so it’s easier for both parties?

A: It can be beneficial to be closer with your drivers, but not as close as family. I mean, after a while, you can really have enough of each other.

Q: What would you tell drivers who use foul language?

A: It depends on who they use it with. If it’s me, I don’t really care, but definitely not with the customers.

Q: Do you have any advice for both dispatchers and truckers?

A: Our jobs can be very frustrating, try to stay cool.

Next time I will talk to a trucker. Truckers probably have a different perspective on things and I will surely appreciate discussing it. There is a saying that one should never close their door with their behind. The door between the driver and the dispatcher should stay open at all times.

If you are interested in being interviewed let us know. Drop us a line or leave a comment, and let’s talk! 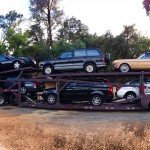 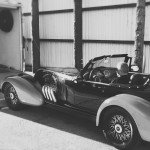