Battery electric vehicles are probably one of the most discussed auto-related topics of the last three years. Considering the increasing success of Tesla Motors, and the emergence of new concepts such as Faraday Future, we can say that this is just the beginning of this new era. But emotions aside, could we evaluate how much more feasible it is to rely on an EV when it comes to costs? Should you buy an electric vehicle? What do the numbers tell you?

Are electric vehicles economical when taking battery replacement into consideration?

Battery electric vehicles (BEVs) have numerous advantages over vehicles with internal combustion engines (ICE), there is no question to that. High efficiency, regenerative braking, and no tailpipe emissions are only some of the most common ones. Thanks to higher cost reductions, these features make BEVS quite attractive to vehicle owners who spend too much time in city driving.

There is one general problem with BEVs, though. And it is visible already in their name – the battery that charges the vehicles. The biggest disadvantage electric vehicles have is the size and cost of the battery itself. According to Bloomberg, in 2020, the cost of batteries has been reduced to 30% of the cost of the electric vehicle. However, even if considering the promises for cheaper batteries and the related technological advancements, the battery will still be heavier and more expensive than an ICE. But let’s look at the cost analysis more closely.

ICE vehicles today have the endurance of over 20 years before they start showing any signs of age or temperature-related range anxiety issues.
BEVs may depreciate significantly faster than ICE vehicles because the battery pack will degrade faster over time than the ICE drivetrain. Currently, the battery warranty for an EV is around 5-8 years. This means, that after this period, you may need to reconsider changing your battery, which will be an additional $8,000 – $10,000. This amount constitutes the assumed price difference between BEVs and ICE vehicles in the near future.

Are there any cost advantages to Battery Electric Vehicles?

According to researchers from the Institute of Automotive Technology in Munich, Germany, the drivetrain of a BEV will be cheaper than an ICE drivetrain. The cost of a 70kW electric drivetrain in 2013 was about EUR 2640, while that of a gasoline drivetrain equaled EUR 2950. The simpler drivetrain gives BEVs a price advantage. This unfortunately, could be canceled out by the large costs associated with the installation of a home charging station.

And why would you need a home-charging station? Because you won’t want to spend your time waiting at public charging stations, once everyone has an electric vehicle. It would be taking you six times longer to charge a car with power for three times shorter range than what you would have gotten at conventional filling stations. Rush hour would become a nightmare. Eventually, home charging stations will become the inevitable choice.

What are some additional costs to Battery Electric Vehicles vs. Internal Combustion Engines?

The installation of a home charging station would cost about $1,200 (for a level 1 charger). It includes the charger’s hardware plus additional hardware materials, permit, mobilization, and technician’s labor. The charger itself can be found for as low as $450 these days, but that doesn’t include the installation cost by an electrician.

Because most BEV users would charge their vehicles in their garage overnight, they would most likely have an existing breaker panel that can be used for the installation of the circuit. If there isn’t one, however, a new breaker panel could add up to $500 in additional costs. Also, the total price of the home charger installation does not include any maintenance costs. In addition to that, a BEV that will be in regular usage will need more than one charging station considering low battery range. Thus, the price of a BEV will contain a portion of the costs associated with other public chargers in parking lots or on highways.

Are the costs related to conventional vehicles lowering?

We’ve widely accepted that BEVs have lower fuel costs. However, most calculations of BEV fuel saving costs are based on oil price above $100/barrel. The reality today, however, is that oil production costs are dropping as low as $30-$40/barrel with still plenty of oil to be extracted below this price point. The production and distribution costs of gasoline, then, could decrease to $1.83/gallon (taking $1/gallon for refinement & distribution), while the costs of electricity come to about $4.83/e-gallon (with $0.13/kWh & 10% charging losses).

We can say that the actual fuel cost savings of BEV are quite negligible, and the up-front cost difference will remain. Ownership costs over five years were calculated considering both fuel and capital costs. The result showed that the mass-market BEV would cost $1,140/yr more than an equivalent ICE vehicle under similar depreciation assumptions and as much as $2,660/yr more if it depreciates faster. In developing countries this cost will be unacceptable, thus reducing the acceptance of BEV beyond consumers willing to pay the premium price.

Are battery electric vehicles worth buying?

For BEVs to take over the mass market where ICE vehicles prevail, people will have to be ready to pay this substantial price premium. Tesla Motors proved that electric vehicles could provide exquisite performance and driving experience, which is a feeling of its own that drivers eagerly pay for. It is doubtful, however, that this will extend much beyond the small-scale luxury/premium segment. High costs and lack of proper infrastructure in most parts of the world make the expansion of BEVs less meaningful at this point.

One potential path for BEVs is to position themselves as providers of alternative driving experiences, rather than just a means of transportation. This approach would create more meaning for the consumer, and the costs will be neglected when they treat BEVs as a gift rather than a commodity. The problem with this concept, however, is that it ignores the idea of sustainable transport that is in the very essence of BEVs. To make it meaningful, and more importantly – accessible, BEV automakers have to be patient, with slow market penetration and continuous cost improvements.

Do you own an electric vehicle already? We hope that this article has created a better picture for you regarding the current costs related to it and the outlook. Moreover, shipping an electric vehicle is also slightly different than shipping a conventional one. We at Corsia Logistics, have already shipped several EVs, so in case you are looking for advice or information, we are eager to assist you and even provide you a free quote to ship your EV. 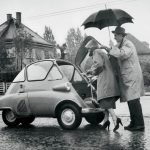 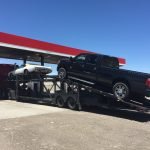