Compromise lies at the heart of any relationship between businesses, workers, and the state. Regardless of how much we dislike it, we understand there is no avoiding it. However, it is a tough balancing act, especially when you don’t even know where the balance is. And it gets even worse when states try to solve issues in one broad swoop.

Last year we got another example of how generalized solutions can disrupt entire businesses. This time, the issue revolves around California Assembly Bill 5, which sets the California Independent Contractor Law.

At the surface level, this law seems to solve a lot of problems for employees and contractors. It should put an end to certain bad practices in some industries. Why all the fuss about it then? Because its consequences go way beyond its intended use. Let’s explore that in more depth!

What is the California Independent Contractor Law?

In September 2019, the California Assembly Bill 5 was finally passed, putting the law into effect with the start of 2020. That said, talks about it have been happening for at least two years before that. This legislation is an attempt to safeguard workers against dishonest corporate practices, which have been going for a while.

Since independent contractors don’t count as employees, companies have to only pay them for the services such workers provide. Anything else – sick leave, paid time-off, or retirement plan, among other benefits – does not apply to a contractor.

This is all fine if it works as intended. Say I am providing your business with my services as a business-to-business relationship. Perhaps you are an IT firm that needs some electrical or plumbing work done. As an independent contractor, i.e. a self-employed worker, I can offer you my services. You pay my fee, and it’s up to me to care for my own benefits. At least, this is how the system should work.

Unfortunately, certain industries have started to exploit that. The IT sector, for example, has gained notoriety for hiring workers as independent contractors. Not to do the plumbing, mind you, but to carry out the very work of the business. In other words, companies could avoid paying employee benefits by listing workers as independent contractors.

It should be obvious that such practices hurt workers. This is especially hard if your niche is competitive, and you are virtually forced to work under such conditions. This is what the California Independent Contractor Law wanted to fix. Sadly, it may have actually caused issues of its own!

Does the law solve anything?

All regulations that affect the workflow of businesses eventually face controversy. However, as Assembly Bill 5 targets the entire gig economy, the backlash has been even more severe. Interestingly, it has come both from companies and individuals alike.

For starters, let us see how the law attempts to fix the issue. The legislators have come up with 3 criteria, which should point us to whether a worker could be classified as independent. Here they are:

This all seems reasonable, but does it work? In certain situations, it does. However, many workers like the flexibility that comes with being an independent contractor. Now they can no longer do so. On top of that, the law fails entirely within certain sectors. The most notable example is the trucking industry!

What does the law mean for the trucking industry? With the recent ELD mandate deadline, and now the passing of Assembly Bill 5, the trucking industry has plenty of legislation to process. In that regard, most people think the AB5 specifically is not only unnecessary for the industry but also harmful. How so?

Let me first point out that the law is not all bad and solves certain issues. Yet, they only apply to truckers who do very specific jobs, and only them (e.g. port truckers).

On the other hand, interstate carriers and truckers, in general, do not see why the law should affect them. Many truck drivers prefer to act as owner-operators for various reasons, but the regulation will now hinder them.

This is a unique situation because concerns are raised by both big companies and independent workers alike. Carriers prefer the option of hiring independent truckers when the demand necessitates it. However, if the businesses have to keep them on constant payroll, logistics services will arbitrarily become more expensive.

Many have also pointed out that the law tries to fix things that were never broken in the first place. It can limit truckers’ employment in general and worsen their situation. No one – neither carriers nor the drivers themselves – wants that.

Fortunately, the most recent developments show a way out of this mess. The California Trucking Association (CTA) managed to get a preliminary injunction after a court hearing on January 13th. Although the road ahead is still unclear, the trucking industry has the potential to be exempt from this law. The final decision will be worked out in a lawsuit filed by CTA.

What do you think about the California Independent Contractor Law?

Obviously, certain regulations are necessary to keep all parties in check. Everyone can agree that exploiting workers, especially when they have no other option, is not ethical. Yet it is also not exactly clear where we should draw the line.

As a car shipping company, we from Corsia Logistics pay close attention to such regulations. We do our best to present the situation as objectively as possible, so we also want to hear from you.

What do you think about the law? Are truckers right to protest it, or should we change the way our industry operates as a whole? In any case, we will keep an eye out for any developments! 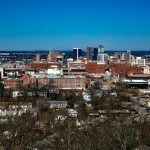