The Issues with Human-Autonomous Vehicle Interaction

Self-driving vehicles are no longer a concept of the future. In fact, they are so much products of our present that there is already intense competition between the autonomous vehicles manufacturers. Some are even thinking of changing their plans drastically and quitting the game. Whether it is because of strategic refocusing or high rivalry, such decisions are only making the topic hotter and hotter among the public. And yet, despite our curiosity about autonomous vehicles, there seem to be some issues we can’t get over just yet.

The Issues with Human-Autonomous Vehicle Interaction

How will a self-driving car see a person in the street?

How will it know when I want to cross?

Would it be able to read speed limit signs?

Would it recognize when something odd is happening on the road ahead?

What will it do in case of an emergency?

Would it know we are, let’s say, in England and if so how will it understand the local driving customs?

These are only some of the questions that pop up in our minds when we think of self-driving cars. For the first time, an autonomous robotic system will be out in the street interacting with people. The absence of the human component in the control processes is the primary concern of the public. More people feel worried than excited about the prospect of self-driving vehicles.

The vehicles will have to be able to assess and understand both the situation inside and the environment on the outside. Vehicles will have to be taught to respond simultaneously to the behavior of passengers and pedestrians, joggers, cyclists, and other vehicles. The interaction between self-driving vehicles and humans will occur more frequently as the car-pedestrian relationship, rather than car-rider. The people riding the car will find it easier to adapt to the technology behind the machine. Gaining the trust of people in the streets, however, might be harder for companies building self-driving cars.

The first and major expectation of self-driving cars is to guarantee the safety of people interacting with the machine. Considering the recent fatality with Tesla’s autopilot, we see how the fear and suspicion towards autonomous vehicles has increased. The consumers’ skepticism about self-driving cars puts more pressure on the automakers to polish their technology, but also – to find the best way to relate it to people.

The self-driving cars will have to inspire friendliness and confidence

Autonomous vehicles will have to clearly show pedestrians and cyclists what the vehicle’s intentions are. For people not to feel scared in the presence of a self-driving car, they need to be certain of what its purpose is and where it is headed.

A Silicon Valley startup, Drive.ai, has already begun to tackle this issue. The company is developing solutions that go beyond traditional signalization methods for vehicle movements. The Drive.ai cars will communicate with passers-by through new visual signals in addition to the usual turn signs, such as banner text or easily recognizable sounds.

At the same time, the human body language and verbal communication between pedestrians remain a mystery to vehicles. The wave of a hand, the nod of a head, the simple eye contact are not traceable by a machine’s software. To deal with this, either self-driving vehicles will have to “learn” a lot about people, or we will have to change our behavior to match the capabilities of technology.

The problem with the new technology is that it’s built based on old principles and familiar concepts. According to some, the restrictions caused by already existent rules and vehicle’s construction limit researchers and designers into creating an autonomous vehicle with a more familiar feel.

Extreme innovation, however, cannot be allowed, simply because people will not accept it. Experts say a fully developed self-driving vehicle needs “well-educated” software. It doesn’t need a steering wheel, physical mirrors, or even windows to see where it is going. Yet, the first autonomous vehicles are more than likely to have them.

The autonomous cars need to be able to relate to people. Continuity in operational logic will help passengers see the connection to traditional vehicles and accept the innovation more readily. Various automakers and even Uber are already testing their autonomous vehicles with passengers. But the focus of their testing is still technology.

Instead, automakers should be thinking about psychology. They have to consider the lack of predictability in people’s behavior in the streets and design the ultimate mechanism that will earn people’s trust on a conscious and emotional level. 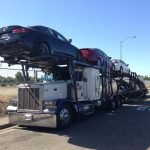