Motorists and their co-pilots, most of you have probably heard of Ignorantia juris non excusat – a legal principle suggesting that a person who is unaware of a law may not escape responsibility for violating it merely because they were not aware of its existence. No doubt you’ve got a good grasp of the basics, thanks to your driver’s ed. However, every state has their own set of rules no driver’s ed ever reveals. Some of these laws seem quite bizarre (funny and nonsensical at times), but not knowing them would not always relieve you from responsibility if you ever unintentionally break them.

There are laws that belong in the days of yore, have never been repealed, and are just plain outdated. Not even the legislators are always aware of their existence. Other rules actually do make sense but the mere fact that the state had to spell them out makes you scratch your head. Of course there are quite a few urban legends out there being passed as the real thing by some jokesters and in reality are not supported by any logic or linked to any official source. Beware!

So, whether you are planning an adventure all across the North American continent or just looking for some quirky conversation starters at your next party, below you’ll find a number of strange American laws that are real and currently in the books.

Tales of the US roadways or America’s strangest traffic laws

If you happen to be passing through Little Rock, Arkansas, be careful when and where you honk your car horn. According to Little Rock municipal code, no person shall sound the horn on a vehicle at any place where cold drinks or sandwiches are served after 9:00 p.m. As strange as this rule may sound, it has a valid historic explanation. Back in the 1920, long before motion detectors or intercom systems, restaurants began to offer a “drive-through” service. One had to honk the horn in order to summon a server. As the popularity of drive-throughs grew, so did discontent of the people living near by. To keep the citizens happy Little Rock City Council passed an ordinance regulating noise on the premises of drive-through restaurants. Times have changed, but this “crazy law” is still on the books and is enforced.

Love making sharp turns that cause your tires to squeal? In Derby, Kansas it will guarantee you a ticket. Squealing tire noise is illegal there. Dare to make your tires screech on the streets of Derby and you can be fined up to $500 or/and sentenced to 30 days in jail. Therefore, when in Derby, Kansas, contain your inner speed racer!

You’ve just pulled an all-nighter driving, and a cup of coffee and maybe a doughnut sound heavenly to you. In South Berwick, Maine, a caffeinated beverage and a baked goody combo may end up costing you a pretty penny. According to the Town Ordinance, Parking in front of Dunkin Donuts on Maine Street is illegal “to a point 25 feet south”.

We are sure you were taught that cursing is wrong, but – a bad day at work, a disrespectful driver on the road, and you let a few swear words slip off your tongue. We’ve all been guilty of this at some point. You’ll have to watch your language if you happen to be in Rockville, Maryland. Use of curse and swear words within the ear shot of any person on a street, highway, or sidewalk is considered a misdemeanor and is punishable by up to $100 fine and/or jail time up to 90 days. Contain your fury and bite your tongue, at least until you reach the Rockville city limits.

Traveling through Oregon with an offspring? Make sure you don’t let your underage passengers ride on the outside of the vehicle. According to Oregon Laws, it is considered an offense to carry any person under 18 years of age upon the hood, fender, running board or other external part of any motor vehicle that is upon a highway. It’s strange that this law even had to be spelled out, but who knows, maybe Oregon is overly populated with irresponsible parents.

It seems that in Oregon they really care about the well-being of young citizens. According to the law passed in 2014, it is considered an offense to smoke a cigarette, cigar, pipe, weed, plant or anything ‘smokeable’ while driving with a minor. However, it’s illegal for a cop to pull you over for smoking; you must first get cited for speeding, red light violation, or changing a lane without proper notice. Forget to put your turn signal on while indulging in a cigarette, and that smoke might cost you quite a fortune: the fine is $250 for a first offense and $500 for subsequent ones.

Know of any strange laws in your state? Let us know in the comments below. Thanks! 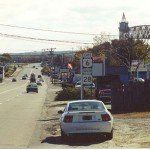 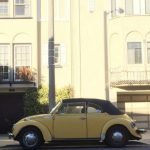