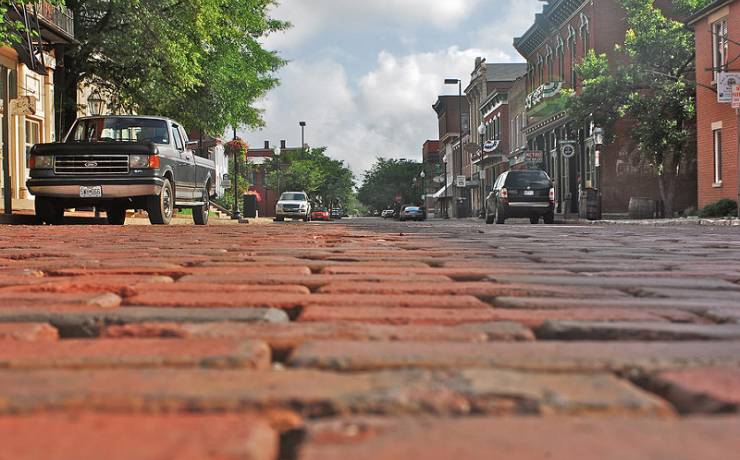 This Midwestern state takes its name after Missouris – Sioux Indian tribe. The land was home to the indigenous people for thousands of years before the European exploration. But most Natives left the area long before European arrival, leaving only massive earthwork mounds behind. The area was claimed by Spain, later by France, and sold to the United States by the latter in 1803. The state played a pivotal role in the westward expansion of the U.S. earning the nickname of the Gateway to the West.

Today, Mother of the West borders eight states: Iowa – on the north, Illinois, Kentucky, and Tennessee on the east; Arkansas – on the south; and Oklahoma, Kansas, and Nebraska – on the west. Missouri is a geographically diverse state where western prairies meet the forests of the east, and cotton fields of the south meet the northern cornfields.

In Missouri, big cities coexist with sleepy farm towns. St.Louis, Kansas City, Springfield, Columbia, and Independence are the largest urban areas in the state. Missouri looks pretty good when it gets to the cost of living thanks to affordable housing, lower than the national average health care and transportation costs.

Missourians are die-hard sports fans. The state welcomed the 1904 Summer Olympics – the first ever games hosted in the U.S. And today, there are four professional major league teams that Missourians live for. You’ll never run out of things to do in Missouri. There are plenty activities for all ages. From free museums and zoos to magnificent state parks, hot springs, and mysterious caves.

Are moving to Missouri and taking your car with you? Get in touch with Corsia Logistics and let us arrange auto transport for you. To learn about vehicle shipping between Missouri and any other state in the U.S. browse our website, read our guides, or call to speak with one of our relocation experts. We are looking forward to transporting your vehicle!