Shipping a car from Los Angeles to Houston

How much does it cost to ship a car from Los Angeles to Houston?

Several variables affect the cost to ship a car from Los Angeles to Houston. Vehicle make and model, together with the distance set the base price for shipping. Then the choice of carrier type enters the equation.

Shipping a non-running car drives the price up due to additional equipment. Remote areas of the country also cost more. However, current supply and demand decides the final price.

How long does it take to ship a car from Los Angeles to Houston?

Shipping a car from Los Angeles to Houston takes about 5 to 7 days. Various factors could affect the shipping time, and this means that transport time is always an estimate. Open auto transport is usually faster and cheaper due to high availability.

Choosing a carrier type really depends on the type of vehicle you need to ship. Standard everyday sedans, such as your Honda Civic usually go on an open-air trailer. If you need to ship a high-end sports or luxury automobile, or any classic vehicle you should choose enclosed trailer.

When shipping a car from Los Angeles to Houston, you or someone on your behalf must release the vehicle to the carrier at pick-up.

Moving from Los Angeles to Houston

Los Angeles is rather easy to describe. It is the second-largest city in the US (after New York), the largest city on the West Coast, an entertainment hub, and a real pop-culture icon. But the city of Angels is not just that, it is quite more!

The most famous place in L.A. is clearly Hollywood. The neighborhood has established itself as a global symbol of the movie industry, attracting the finest acting talent from all over the world, and producing the most commercially successful movies in history.

Just as every huge metro area, Los Angeles has its fair share of cons. Transportation and parking problems are common, but other issues are more specific. One is, earthquakes can be very common. Then we all know that crime rates are high. The neighborhoods in Los Angeles are spread far apart. The labor market is bloated, and people may show some attitude due to the high competition. 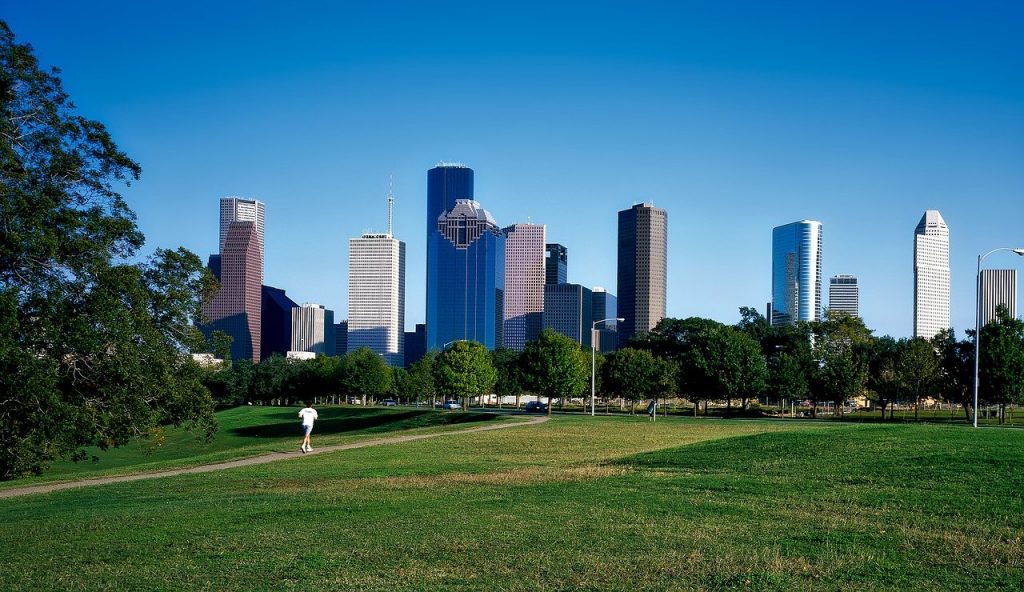 Space city is a worthy adversary to the City of Angels. With a similar population and GDP, but with a high-tech and aerospace background.

Houston has a population of around 2.3 million. It is the largest city in Texas and the fourth in the US. It is in the center of the Greater Houston metropolitan area, which is the fifth-most populous metropolitan statistical area in the United States.

The largest employers are the University of Texas at Austin, MD Anderson Cancer Ctr, and MD Anderson.

The backbone of Houston’s economy is the Lyndon Johnson Space Center – the main space hub of  NASA’s major center for manned spaceflight. It’s famous to the wide audience with the line “Houston, we have a problem!”

The Texas Medical Center has more than 100k employees, receives 10 million patients every year, and has a GDP of 25 billion U.S. dollars. These numbers make it the largest gathering of medical facilities on Earth.

The city of Houston has a huge GDP of $478 billion that is more than many European countries.

Some things to consider

Traffic jams are one of Huston’s biggest problems. Commuters in Houston spend more time on the road than most Americans, averaging an hour or more each day.

Due to its hot and humid weather, Huston is a huge breeding ground for mosquitos. And due to its proximity to the ocean and the Gulf of Mexico, Huston is prone to floods and hurricanes. Texas has no state income tax, but it’s a trap. This makes up for a sale tax of 8.25%, which is on the high end of the country.

We might consider this a clash of kings. LA and Houston are two of the largest cities in the US, and the two largest ones in the Southern States.

The widely-developed Houston takes the upper hand due to its lower home price, lower unemployment rate, lower average age, far cheaper transportation costs, and lower commuting times. Healthcare is cheaper in LA, and the median income is higher, but not enough to turn the tables in this competition.