Shipping a car from Chicago to San Francisco

How much does it cost to ship a car from Chicago to San Francisco?

Several variables affect the final cost to ship a car. Vehicle make and model, together with the distance set the base price for shipping. Then the choice of carrier type enters the equation. Shipping a non-running car drives the price up due to additional equipment. Remote areas of the country present a logistical challenge, hence, also cost more. However, current supply and demand decide the final price.

How long does it take to ship a car from Chicago to San Francisco?

Shipping a car from Chicago to San Francisco takes about 5 to 7 days. Various factors could affect the shipping times, which means that shipping time is always an estimate. Open auto transport is usually faster and cheaper due to high availability.

Choosing a carrier type mainly depends on the type of vehicle you need to ship. Standard everyday sedans, such as your Honda Civic or Toyota Corolla, usually go on an open-air trailer. If you need to ship a high-end sports or luxury automobile, or any classic vehicle you should choose enclosed trailer.

Standard car shipping means that a carrier will pick up your vehicle within a few days. Delivery, in this case would take 5-7 days. However, please, keep in mind that all dates and times are only estimates.

Expedited delivery could guarantee that your car is picked up or delivered on or by a specified date and time. This is a premium service that comes with a premium price.

Open auto transport is the standard vehicle shipping solution. It is faster and cheaper. Open carriers are readily available, which makes them efficient and affordable. It's a popular shipping method among private customers and businesses alike.

Domestic transport is easy. When shipping a car from Chicago to San Francisco, you or someone on your behalf must release the vehicle to the carrier at pick-up.

The person at pick-up will also need to sign a Bill of Lading (BOL). The BOL is a receipt and an inspection report. When the carrier inspects the car you need to check that all existing damages are noted before you sign. Never sign a blank or incomplete document. And don’t forget your copy before the driver leaves the site.

Moving to the Golden Gate City 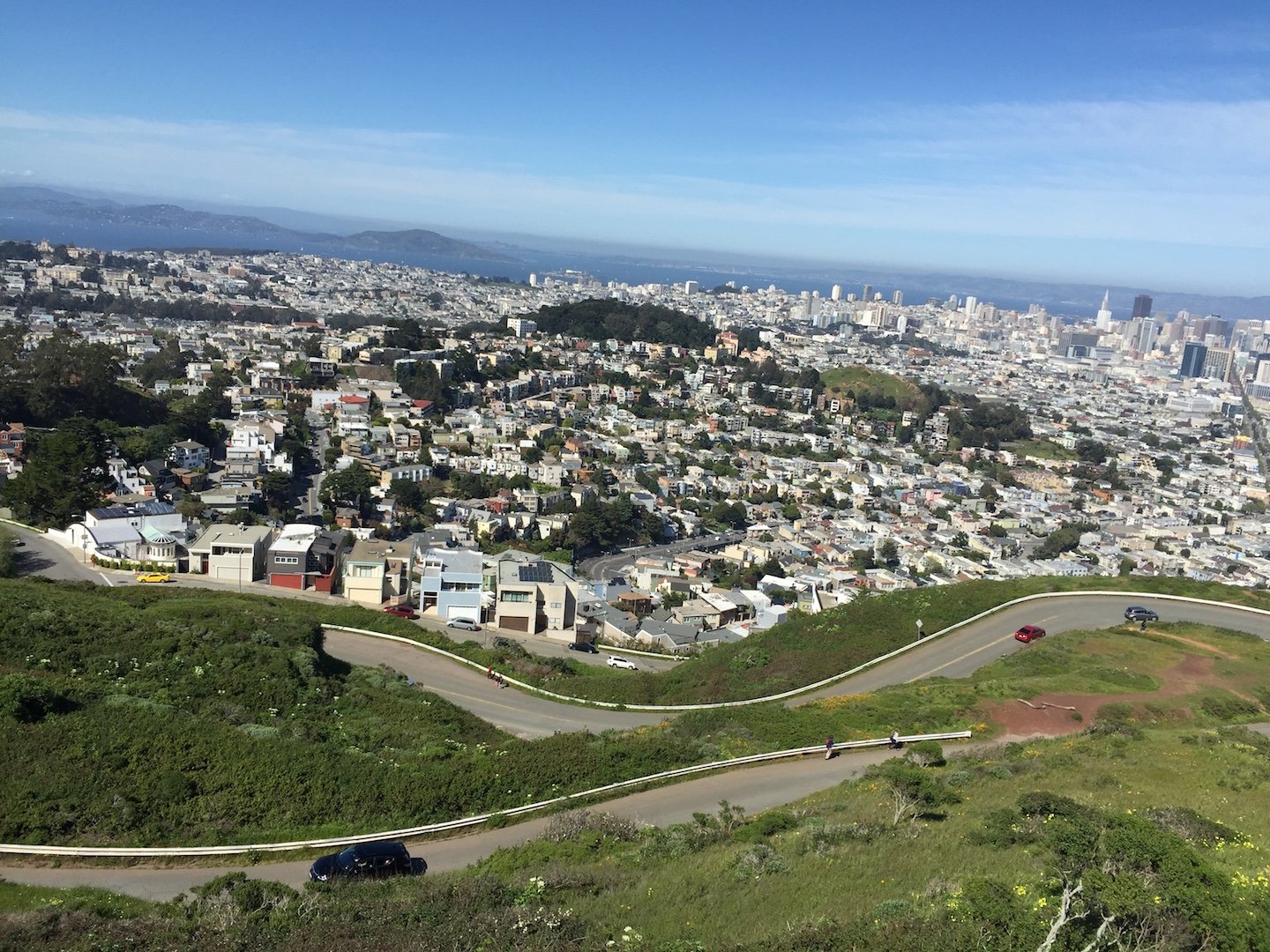 San Francisco is often called the City by the Bay, Frisco, the Fog City, The City that Knows How, The Paris of the West, and other creative names that perfectly describe it. Nevertheless, no matter what you end up calling this beautiful city, you are in for a thrilling adventure as soon as you begin your new life there.

Many people are choosing the global tech industry hub for launching their own startup, opening a small business, starting a new family, or applying for that dream job at Google or Apple.

With a population of over 870,000 people, San Francisco is ranked as the fourth-most populated city in California and the thirteenth in the US. Compared to Chicago’s humid continental climate with cold winters and hot, humid summers, San Francisco has a warm Mediterranean climate with mild winters and dry summers. As the city is constantly influenced by the Pacific Ocean’s cool currents, expect the temperatures to constantly swing year-round.

Monthly rent for a one-bedroom apartment outside the city center can easily exceed $3,000. In case you are wondering about buying a house in San Francisco, the average sale price of a home in the city is $1.4M .

The city’s rich economy is mainly fueled by key industries such as financial services, tourism, information technology, education, and healthcare. Finding a job in San Francisco is not an easy task, but rest assured that there are endless job opportunities in various types of industries. The City Government, University of California, San Francisco (UCSF), and California Pacific Medical Center are among the top employers in the city.

Things to do and see in San Francisco

It won’t take long for you to notice how great it is to live in San Francisco, where the weather is perfect, the people are nice and full of energy, and festivals, live music shows, and other entertaining gigs take place throughout the year.

Moving to San Francisco with a car

After you officially make your move to San Francisco and become a new resident, you will have 20 days to get your vehicle registered. In order to register it, you also need to have your car insured. Keep in mind that once you become a resident of California, you will also need to obtain a California driver’s license within the first 10 days of your move. Go to the official website of DMV California to learn about car registration and more.