Shipping a car from Chicago to Los Angeles

How much does it cost to ship a car from Chicago to Los Angeles?

The final cost to ship a car depends on a few variables. Vehicle make and model, together with the distance, set the base price for shipping. Then the choice of carrier type enters the equation. Shipping a non-running car drives the price up due to additional equipment. Remote areas of the country present a logistical challenge, therefore, also cost more. However, current supply and demand decide the final price.

How long does it take to ship a car from Chicago to Los Angeles?

Shipping a car from Chicago to Los Angeles takes about 5 to 7 days. Various factors could affect the shipping times, which means that shipping time is always an estimate. Open auto transport is usually faster and cheaper due to high availability.

Choosing a carrier type really depends on the type of vehicle you need to ship. Standard everyday sedans, such as your Honda Civic or Toyota Corolla, usually go on an open-air trailer. If you need to ship a high-end sports or luxury automobile, or any classic vehicle you should choose enclosed trailer.

Standard car shipping means that a carrier will pick up your vehicle within few days. Delivery, in this case would take 5-7 days. However, please, keep in mind that all dates and times are only estimates.

Expedited delivery could guarantee that your car is picked up or delivered on or by a specified date and time. This is a premium service that comes with a premium price.

Open auto transport is the standard solution. It is faster and cheaper. Open carriers are readily available, which makes them efficient and preferred by private customers and businesses alike.

Domestic transport is easy. When shipping a car from Chicago to Los Angeles, you or someone on your behalf must release the vehicle to the carrier at pick-up.

Moving to the City of Angels 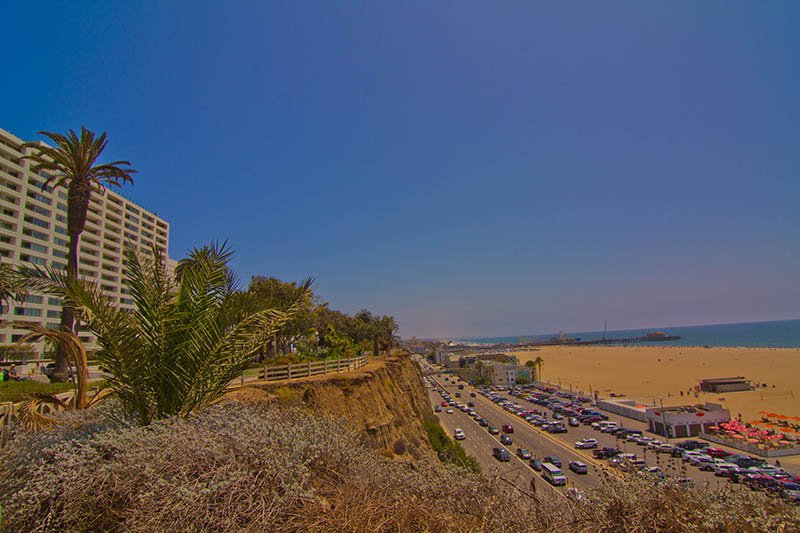 Moving from the Windy City to the City of Angels comes with its challenges and perks. This is the city that defines the West Coast.

With around 4 million people, LA is the second-most populous city in the US. It is also (in)famous for the worst traffic jams in the nation, and arguably in the world.

The entertainment industry, technology, aerospace, tourism, international trade, law, fashion, finance, healthcare, telecommunications, and transportation are some of the key industries that keep LA’s economy running strong. As the largest manufacturing center in the United States, LA also offers a great number of job vacancies in this area. But don’t limit yourself to these top industries only. LA has much more to offer and is the perfect place to thrive as an entrepreneur.

According to various sources, Los Angeles is on track to becoming on the world’s leading financial hubs, on par with  New York City, London, and Hong Kong. It is home to big names like Paramount Pictures and 20th Century Fox, as well as six Fortune 500 companies.

No matter where you relocate, you still need to pick a neighborhood that fits your lifestyle. That is why, before you decide to rent or buy a house in LA, get to know its neighborhoods first. Among the best areas are Atwater Village, Beverly Grove, Beverly Hills, Burbank, Culver City, Downtown, Eagle Rock, Echo Park, Westwood, Beverlywood, Cheviot Hills, and Carthay.

Things to see and do in LA

Once in Los Angeles, you will soon adjust to the great weather that allows its inhabitants to do much more outdoor activities than in Chicago. Enjoy the rich and diverse culture, cuisine, and people whenever you have a chance. Disneyland, Runyon Canyon Park, Hollywood Walk of Fame, Santa Monica Pier, Hollywood sign, Museum of Art, Dolby Theatre, Griffith Park, and Madame Tussauds Hollywood are just a few places you need to visit as soon as you can.

Go camping, cycling, rock climbing, backpacking, hiking, surfing, or take a stroll down the city. And if you also have a dog, you’re in luck. LA is a great city for dogs, so you will have plenty of opportunities to get to know the city and walk your furry friend at the same time.

Moving to Los Angeles with a car

Once you relocate to Los Angeles, you will have 20 days to register your car and 10 days to apply for a California driver’s license. As the California Department of Motor Vehicles (DMV) has very strict rules for all newcomers, we highly recommend you to read carefully all the requirements for state car registration, driver’s license, title transfer, and more. You will also need valid car insurance in order to register your car.