Shipping a car from Boston to San Francisco

How much does it cost to ship a car from Boston to San Francisco?

Several variables affect the cost to ship a car from Boston to San Francisco. Vehicle make and model, together with the distance set the base price for shipping. Then the choice of carrier type enters the equation. Shipping a non-running car drives the price up due to additional equipment. Remote areas of the country also cost more. However, current supply and demand decides the final price.

How long does it take to ship a car from Boston to San Francisco?

Shipping a car from Boston to San Francisco takes 7 to 10 days. Various factors could affect the shipping times and this means that shipping time is always an estimate. Open auto transport is usually faster and cheaper due to high availability.

Choosing a carrier type really depends on the type of vehicle you need to ship. Standard everyday sedans usually go on an open-air trailer. If you need to ship a high-end sports or luxury automobile, or any classic vehicle you should choose enclosed trailer.

When shipping a car from Boston to San Francisco, you or someone on your behalf must release the vehicle to the carrier at pick-up.

Moving to the City by the Bay 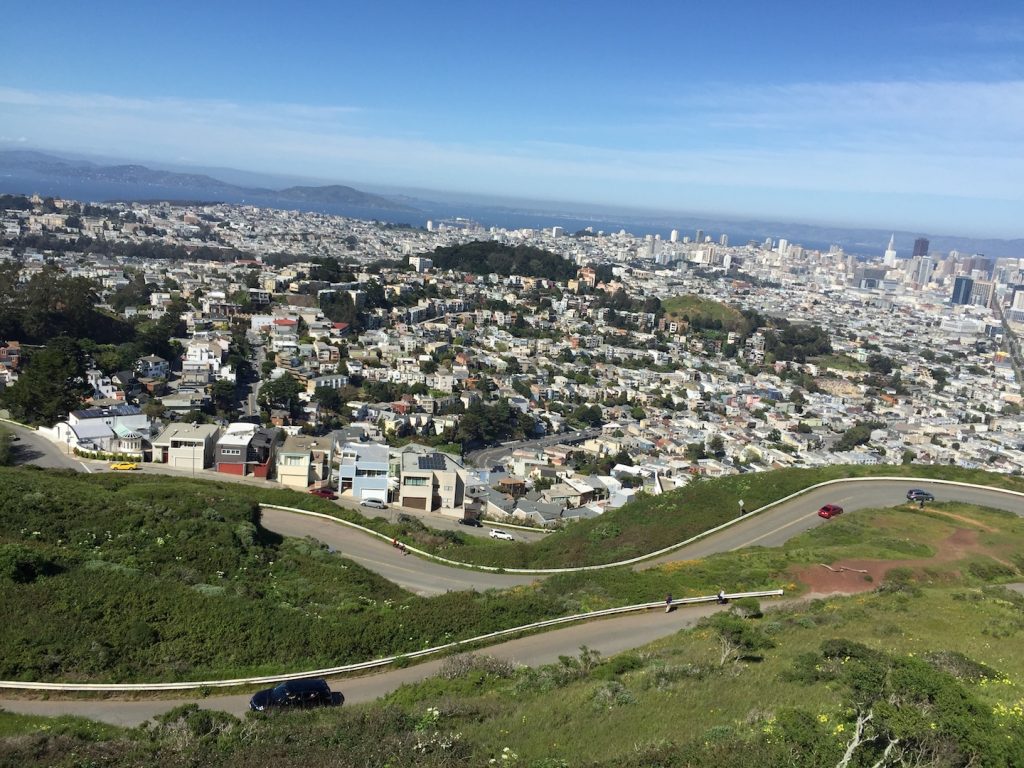 Ready to leave Boston behind, and join the new transplants crowd in San Francisco? The City by the Bay keeps attracting more and more people every day thanks to its amazing nature, great weather, and distint culture. As of July 2017, San Francisco had an estimated population of 884,363 people, and its population is constantly growing. The city also has a relatively young population, with most of its residents aged between 25-44. Compared to Boston’s humid continental weather, San Francisco has a warm Mediterranean climate with mild winters and dry summers. Influenced by the cool currents of the Pacific Ocean, the city has constant temperature swings throughout the year. It doesn’t matter whether you are going to buy or rent in San Francisco, its housing prices are very high compared to most cities in the US. In comparison to Boston, living costs in San Francisco according to Best Places is 60% more expensive, while median home costs are 124% more expensive. Monthly Rental Prices in San Francisco for 1 bedroom apartment can go over $2,000, and $2,500 outside the city center and in the city center respectively.

Home to Levi Strauss & Co, Fitbit, Salesforce.com, Dropbox, Reddit, Dolby, Airbnb, Yelp, Pinterest, Twitter, Uber, Lyft, Mozilla, Craigslist, and many other big companies, San Francisco is among the cities with the highest income in the US. In 2016, the Golden Gate City was ranked 7th in the US with a personal income of $110,418 per capita. Thanks to its diverse economy, the city offers plenty of opportunities in industries such as financial services, tourism, information technology, education, healthcare, trade, and transportation. Among the top employers in the city are the City Government, University of California, San Francisco (UCSF), and California Pacific Medical Center.

Things to do and see in San Francisco

Besides being called the City by the Bay and the Golden Gate City, San Francisco is also nicknamed, Frisco, San Fran, SF, the Fog City, The City that Knows How, The Paris of the West, and other creative names that perfectly fit this wonderful city. Whether you love skiing, surfing, sailing, enjoying a picnic in the park, or drinking wine in the popular wine regions of Napa and Sonoma Valley, San Francisco can offer it all. The food is delicious and the landscape is breathtaking. The city has even been voted as one of the healthiest and happiest in the US many times. With so many people moving from other US cities and all over the world, expect to hear over 110 different languages in this melting pot of different cultures and nationalities.

Moving to San Francisco with a car

When you move you will have to register your car within 20 days. In order to proceed with your car registration, you will also need to have a valid car insurance and obtain a California driver’s license within the first 10 days after moving to the state. For more information, visit the official website of the State of California Department of Motor Vehicles.