Shipping a car from Boston to Austin

How much does it cost to ship a car from Boston to Austin?

Several variables control the cost to ship a car from Boston to Austin. Vehicle make and model, together with the distance set the base price for shipping. Then the choice of carrier type enters the equation. Shipping a non-running car drives the price up due to additional equipment. Remote areas of the country also cost more. However, current supply and demand decides the final price.

How long does it take to ship a car from Boston to Austin?

Shipping a car from Boston to Austin takes about 7 to 10 days. Various factors affect the transit times, and this means that shipping time is always an estimate. Open auto transport is usually faster and cheaper due to high availability.

Choosing a carrier type really depends on the type of vehicle you need to ship. When shipping an every day vehicle, open auto transport is just fine. If you need to ship a high-end automobile, you should choose enclosed trailer.

When shipping a car from Boston to Austin, you or someone on your behalf must release the vehicle to the carrier at pick-up. 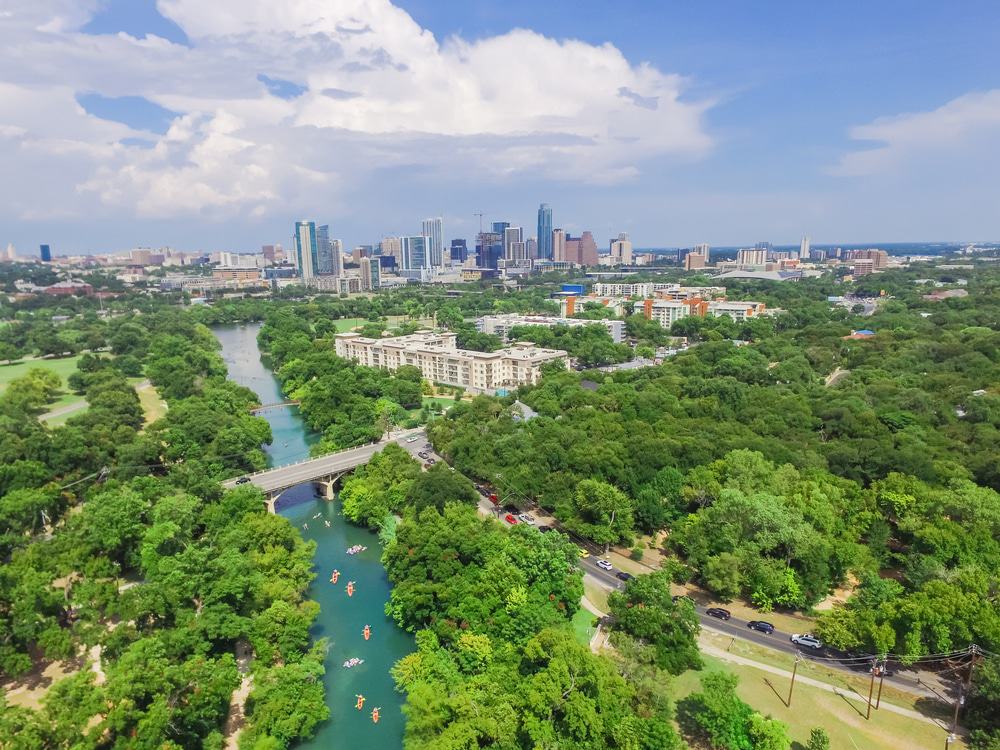 Are you a techie, a foodie, a cat lover, a peace lover, a taco fan, or anything in between? Where better to move than the very capital of the Lone Star state: Austin. Known as the Bat City, Austin is welcoming to all types of people and is truly a great place to live.

Compared to Boston’s humid continental climate with freezing and snowy winters, Austin has a humid subtropical climate due to its location in between the American Southwest deserts and the American Southeast humid regions. Its climate is characterized by long, hot summers and short, mild winters.

All neighborhoods in Austin are unique in their own way. You just need to pick the one that better fits your lifestyle, taking into consideration the price range, traffic, distance from the city center, and other factors. Among the top neighborhoods we would recommend are Clarksville, Bouldin, East Cesar Chavez, Holly, Travis Heights, South Congress (SoCo), and Zilker.

After the Great Depression, Austin managed to become, once again, a major city and a technology and business center. There are many worldwide known, Fortune 500 companies that have their headquarters or regional offices in Austin such as Amazon, Apple Inc., Dell, Cisco, eBay, General Motors, Google, IBM, Intel, Oracle Corporation, and Paypal and the latest being the Tesla Gigafactory.

The city is also a tech hub and offers plenty of job opportunities in all the companies mentioned above and others like Facebook, AMD, ARM Holdings, Bigcommerce, BioWare, Blizzard Entertainment, Buffalo Technology, Dropbox, Hewlett-Packard, Hoover’s, Rackspace, and Xerox.

Things to see and do in your free time

Home to Lady Bird Lake, Barton Springs, the Colorado River, Lake Travis, and Lake Walter E. Long, McKinney Falls, and so many other lakes, rivers, and waterfalls, Austin is always ready to show off its beautiful nature when you least expect it. That is why we encourage you to keep on discovering all of its natural beauty and hidden gems.

One of the city’s nicknames is “Live Music Capital of the World”, due to its connection to so many musicians as well as live music events. As an Austinite, you will have a lot of cultural events you can pick from throughout the year. Among the ones that you shouldn’t miss are the O. Henry House Museum, Spamarama, the Austin Reggae Festival, Texas Craft Brewers Festival, Carnaval Brasileiro, and the Pecan Street Festival.

Moving to Austin with a car

As soon as you move to the state capital of Texas, you will have 30 days to register your car and at the same time transfer your out-of-state driver’s license. In order to get your car registered, you have to show proof of auto insurance and get your car inspected before you submit the required documents at your local County Tax Office. For Texas driver’s license requirements, visit the Texas Department of Public Safety online.