Shipping a car from Arizona to Michigan

How much does it cost to ship a car from Arizona to Michigan?

How long does it take to ship a car from Arizona to Michigan?

Shipping a car from Arizona to Michigan takes about 5 to 7 days. Various factors could affect the shipping times and this means that shipping time is always an estimate. Open auto transport is usually faster and cheaper due to high availability.

Standard car shipping means that a carrier will pick up your vehicle within few days. Delivery, in this case would be 5 to 7 days. All dates and times are only estimates.

Domestic transport is easy. When shipping a car from Arizona to Michigan, you or someone on your behalf must release the vehicle to the carrier at pick-up.

Moving to the Great Lakes State 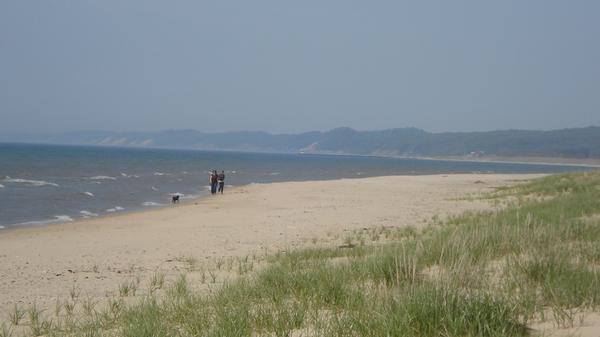 Home to 64,980 inland lakes and ponds, no wonder Michigan is called the ‘Great Lakes State’. This Midwestern state is the only one that is made up of two peninsulas: the Lower Peninsula (LP) which looks like an oven mitt on a map, and the Upper Peninsula (UP) which is well known for its natural beauty and is separated from the LP by the Straits of Mackinac. The state’s name comes from the word ‘Ojibwe’ which means ‘large water’ or “large lake”.

Compared to Arizona’s population of over 7 million people, Michigan has a population of almost 10 million people which makes it the 10th most populous state in the US. If you’re worried that you will miss the diversity of Arizona once you move, don’t sweat it! Michigan is also a melting pot of different cultures, people, and cuisines from all over the world.

Moving from a southwestern region to Midwest means that you will have to prepare yourself for a drastic climate change. Arizona has a desert climate with hot summers and mild winters in the southern part, and moderate temperatures during the summer with snow falls during the winter in the Northern part.
Michigan has a continental climate which differs depending on which part of Michigan you decide to relocate. The southern and central parts of the Lower Peninsula have a warm climate with hot summers and mild winter which is similar to the southern part of Arizona. While the northern part of the Lower Peninsula and the Upper Peninsula as a whole have a more extreme climate with short and warm summers and long and cold winters.

Michigan is well known for its freezing and snowy winters and once temperatures even dropped to -51°F in 1934. Furthermore, be ready to experience tornadoes as well. Every year, around 17 tornadoes give Michigan a visit. And so do the northern lights sometimes, which you can see in the northern part of Michigan during the night.

Michigan offers some of the most affordable houses in the United States, mainly due to the state’s population decline from the year 2000 until 2010 (including the foreclosure crisis eight years ago).

Widely known for its automotive industry, Michigan has a diverse economy that is also made up of other industries such as the Food and Agriculture, Advanced Manufacturing, Freshwater Technology and Services. The Upper Peninsula is very important to Michigan’s economy for its tourism, while the LP, for its manufacturing, services, and the high-tech industry.

According to the U.S. Bureau of Economic Analysis, in 2016 Michigan had a gross state product of $490.238 billion, 13th largest in the nation. As of 2017, the annual unemployment rate of Michigan is 4.6% and a lot of job positions are offered in any of the industries we mentioned above.

Things to see and do in Michigan?

Before we mention any other sights, Lake Michigan, Lake Huron, and Lake Superior are the very first things you need to explore once you move to Michigan. But Michigan has much more than just a large number of lakes, rivers, public golf courses, and lighthouses.

Sleeping Bear Dunes National Lakeshore, the Isle Royale National Park, Henry Ford museum, Renaissance Center, Frederik Meijer Gardens and Sculpture Park, and Detroit Institute of Arts are just some of the things you need to add to your ‘To-See’ list. It doesn’t matter where in Michigan you relocate; you will always have plenty of chances for skiing, hiking, running, hunting, kayaking, biking, fishing, and of course, drinking beer from Michigan’s best craft breweries.

Moving to Michigan with a car

Before moving to your new home, you should know that Michigan has one of the most informed population when it comes to car knowledge. Since the automotive industry is one of the key industries for Michigan’s economy, there is a good chance, some of your neighbors have even assembled the very car you are bringing into their neighborhood!

After you establish your move, you will need to register your car with the MI SOS and submit the documents including the car insurance (which is mandatory in Michigan) at your local SOS office in person. Besides registering your car you will also need to transfer your out-of-state driver’s license. For a more detailed list of documents visit Michigan Secretary of State online.