Shipping a car from Arizona to Chicago

How much does it cost to ship a car from Arizona to Chicago?

How long does it take to ship a car from Arizona to Chicago?

Shipping a car from Arizona to Chicago takes about 5 to 7 days. Various factors could affect the shipping times and this means that shipping time is always an estimate. Open auto transport is usually faster and cheaper due to high availability.

Domestic transport is easy. When shipping a car from Arizona to Chicago, you or someone on your behalf must release the vehicle to the carrier at pick-up.

Ready to move to the Heart of America? 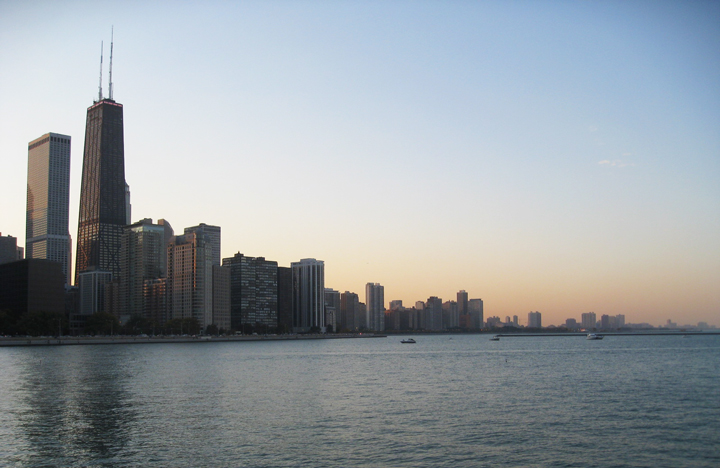 Also known as the Windy City, Chicago is one of the busiest, prettiest, and most diverse city in the US. As the third largest city in the nation, Chicago is home to around 2.7 million people, while the Chicago Metropolitan area has a population of over 9.5 million. Sitting on the shores of Lake Michigan, which explains why they often call it the City by the Lake, Chicago’s skyline is arguably one of the most breathtaking in the entire world.

For someone moving from Arizona, the Chicago climate may be one of the biggest issues. If you’re tired of Arizona’s mild winters and extremely hot summers, Chicago will be nice for a change. But if you’re not used to a cold and snowy weather during the winter months, be ready to experience them in Chicago every year. On the bright side, you will not have to put up with high temperatures in Chicago anymore, as its summer and spring seasons are wonderful and the all the wait for their arrival will be worth it.

Housing and living costs are usually higher in Chicago compared to most cities in Arizona. If we compare Chicago with Phoenix, one of the most expensive cities in Arizona, Chicago is 12% more expensive, with the median home cost that can be 9% more expensive as well. Housing cost differences will depend a lot on which particular neighborhood you want to live in Chicago. Anywhere at the heart of the city, the median prices of one-bedroom houses varies from $700 to $2000. The further away you are from the city center, the less expensive housing prices will be.

Chicago’s neighborhoods are also quite different from each other, so it is advisable to do your research well before you settle in any particular neighborhood. Downtown, the Loop, River North, and the New East Side are among the most preferred areas.

Together with its suburbs, Chicago has one of the most balanced economies and the third-largest GMP in the US. Home to 29 Fortune 500 companies, the city has many job opportunities to offer, no matter your expertise. Among the industries that hire the most in Chicago are manufacturing, government, real estate, publishing, insurance, healthcare, food processing, and healthcare.

What to do in Chicago

The social scene in Chicago is one you cannot forget easily. With so many museums, galleries, theaters, miles and miles of crystal-clear shorelines, an abundance of farmer’s markets all over the city, food and beer festivals, and events happening on every corner, be ready to have s busy and exciting life in your new city.

Make sure you visit its parks like Millennium Park, Lincoln Park, Grant Park, Jackson Park and its many beautiful beaches. Once you have free time to stroll around the city, we would recommend you to visit the Willis Tower, Navy Pier, Cloud Gate, Shedd Aquarium, the Art Institute of Chicago, and let yourself get lost in the city.

Moving to Chicago with a car

In Chicago, owning a car can be very expensive. But if you cannot live without your vehicle and are willing to ship it from Arizona to Chicago, you will need to comply with Chicago’s registration rules. Once you establish your move in this vibrant city, you will need to register your car within 30 days as well as obtain an Illinois auto insurance in order to proceed with the registration process. Visit the Illinois Secretary of State site for more information.